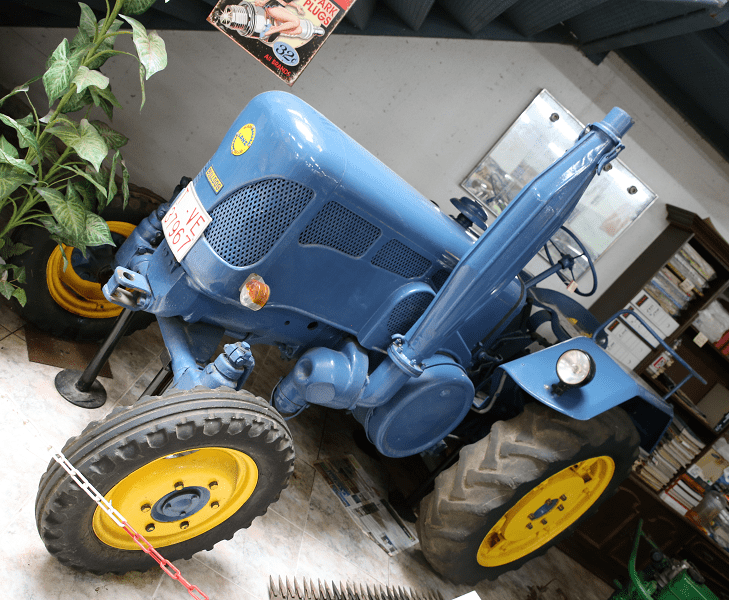 The Lanz Bulldog was a tractor manufactured by Heinrich Lanz AG in Mannheim, Baden-Württemberg, Germany. Production started in 1921 and various versions of the Bulldog were produced up to 1960, one of them being the Lanz Bulldog D 9506. John Deere purchased Lanz in 1956 and started using the name “John Deere-Lanz” for the Lanz product line. A few years after the Bulldog was discontinued the Lanz name fell into disuse. The Lanz Bulldog was one of the most popular German tractors, with over 220,000 of them produced in its long production life. The name “Bulldog” is widely used in Germany as a synonym for tractors even today, especially in Bavaria.