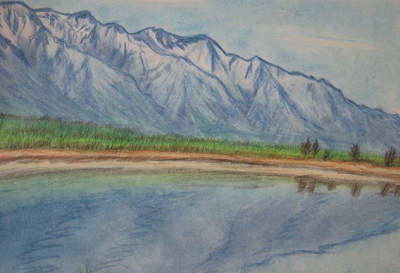 In Andorra, there are different lakes, but one of the most popular is the Lake of Engolasters, possibly, thanks to its location. It is located above the capital of the Principality, or according to a story, its location is due to…

In distant and almost forgotten times, there was a rich and beautiful town where we now have the lake of Engolasters. Each house was built with the best stones, the stables were full of animals and the farmers had many successful harvests. This town lived in this way, in a peaceful way that was transferred from generation to generation.

One day in the afternoon, a miserable beggar appeared in the streets of the town. He was wearing scruffy clothes and had a tired face. This poor person began to knock on the doors of the houses in order to ask for a place to stay and he also asked for something to eat. He went from house to house, but nobody opened the door.

As a punishment for the town, at dusk, the sky poured down a lot of water and the town disappeared forever in the depths of the beautiful lake.

People understand this story in different ways, but the humanity and the people’s generosity, the will to help others and to share still continues to be the same.