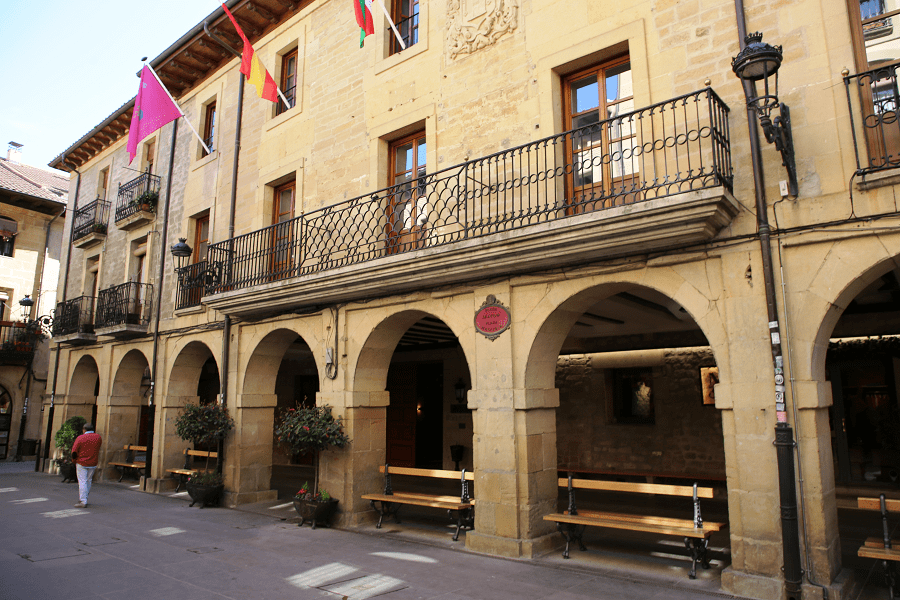 Laguardia (Biasteri in Basque) is a town and municipality in the province of Álava, in the autonomous community of the Basque Country, Spain. It is located in the Rioja Alavesa region.

Since 2016 the city has been a part of the network “The most beautiful villages of Spain“. 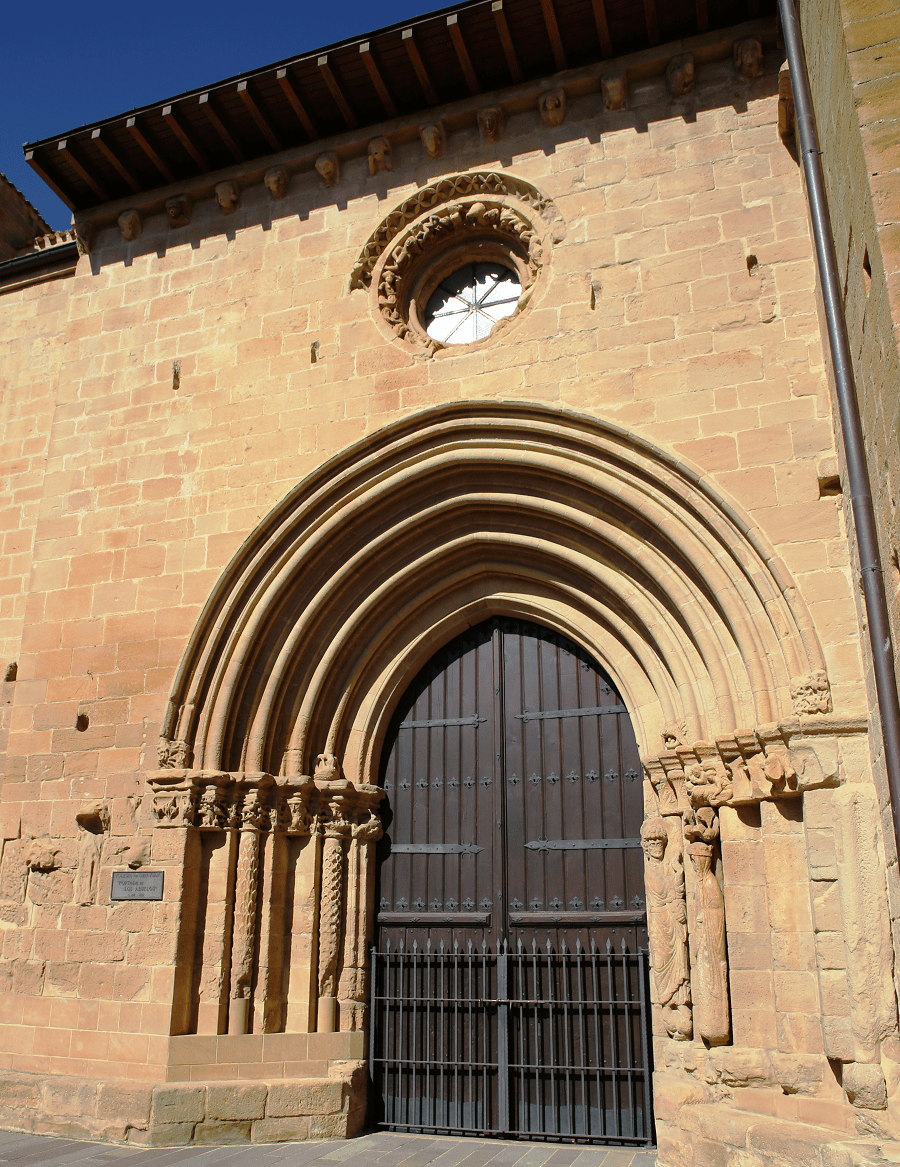 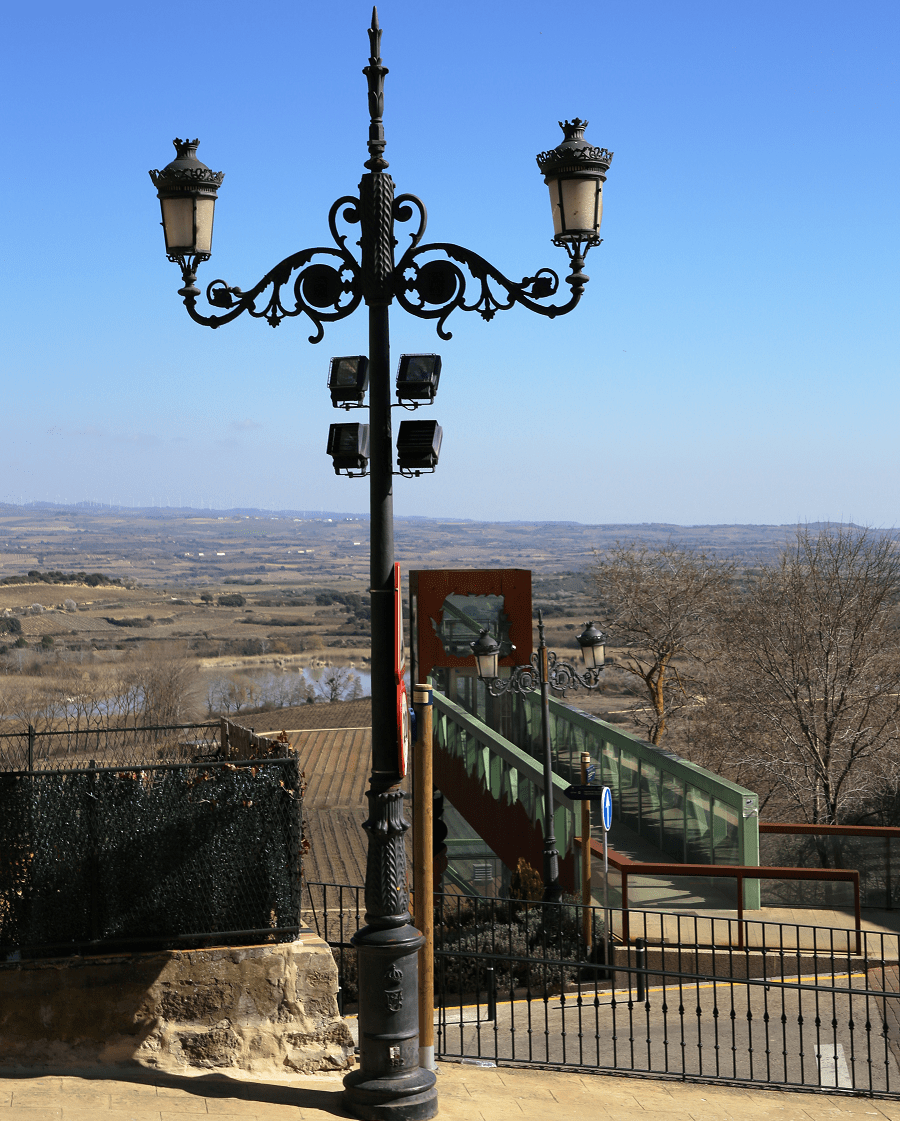 Church of San Juan, which was begun in the Romanesque style and completed in the Gothic. It has a chapel attached to the foot, from the 18th century, consecrated to the Virgen del Pilar. This chapel is the successor of another previous chapel similar to the one with the portico of Santa María. The south portal is from the end of the 12th century, from the beginning of the Gothic. Its bell tower was part of the wall as the main defense tower of the southern area of ​​the town and later the belfry was added. 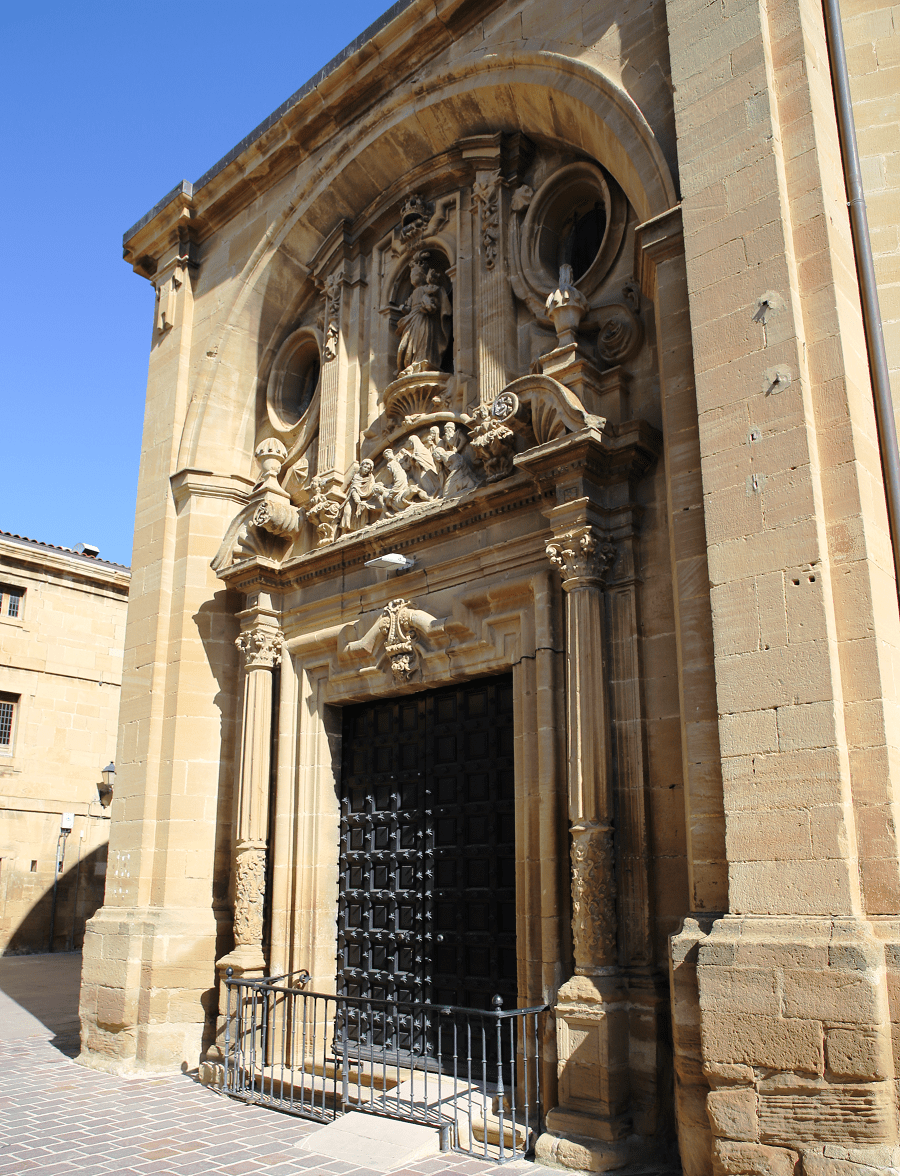 Hermitage of Santa María de Berberana, Romanesque. It is the only church in all of Rioja Alavesa that has a square apse. 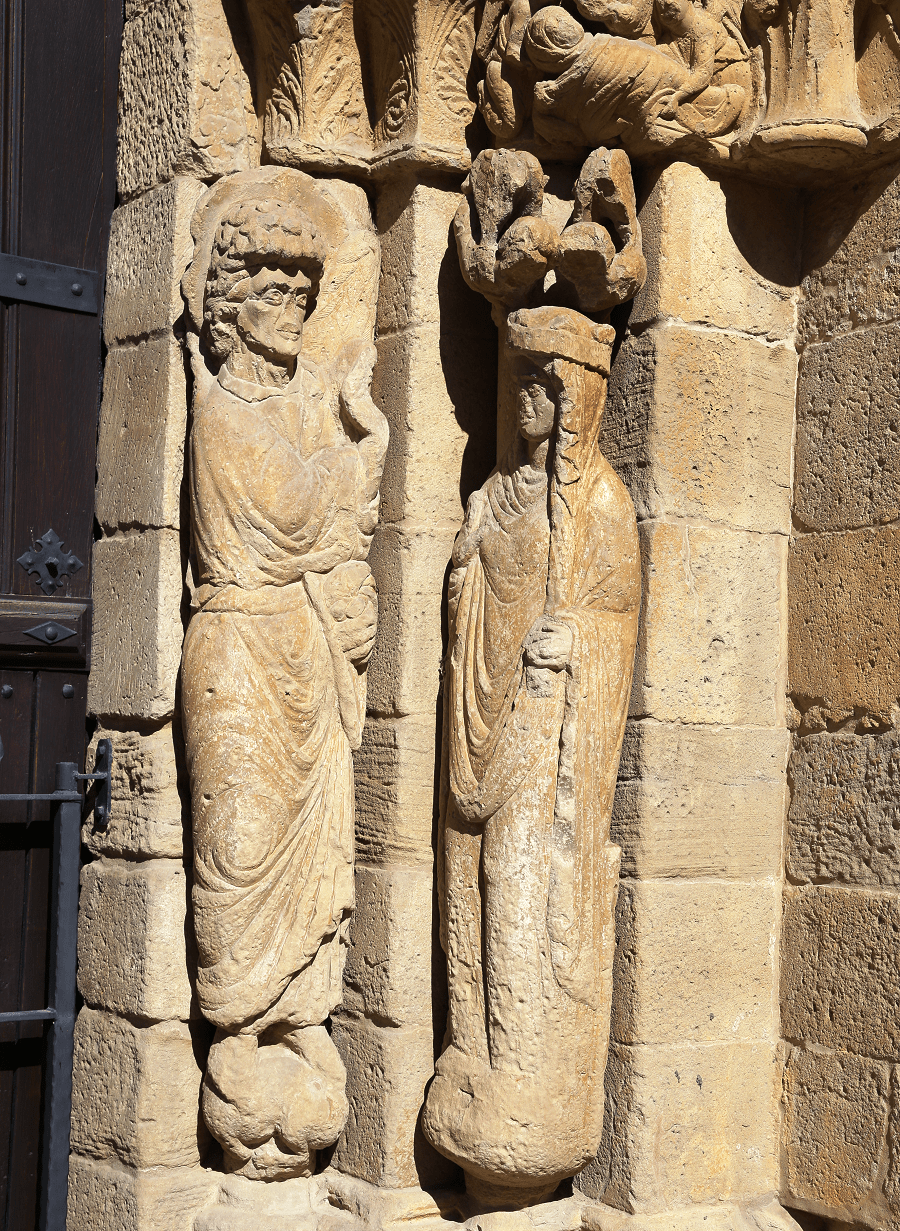 Capuchin Convent. It was built in the 17th century on the old Jewish quarter, in the lower part of the town. It had a church and a cloister around which the rooms of the convent were grouped. With the Confiscation of Mendizábal, the friars who lived there were expelled and the building began to have various uses (prison, schools, court). In the middle of the 20th century, the building was destroyed to build the Civil Guard barracks and the doctor’s house, only the façade being spared. At present, this façade is still standing, presiding over a square with a baroque staircase leading to the Calle Mayor. 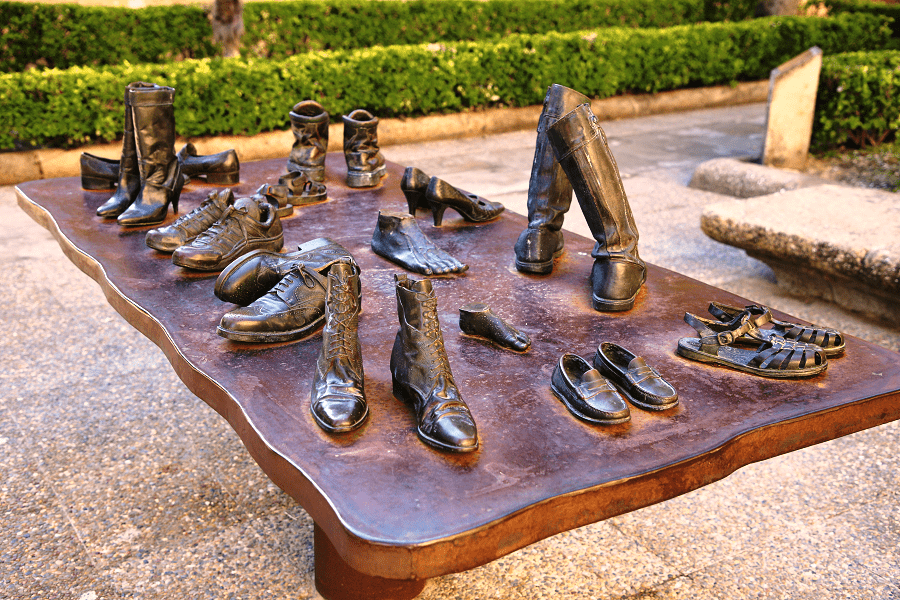 Wall: The town was fortified in the 13th century by order of the Navarrese King Sancho VII El Fuerte. That wall, of which only a few remains remain, had four access gates; Páganos, Mercadal, San Juan and Santa Engracia. In the fifteenth century a fifth door was opened, the so-called New or Butchers door. 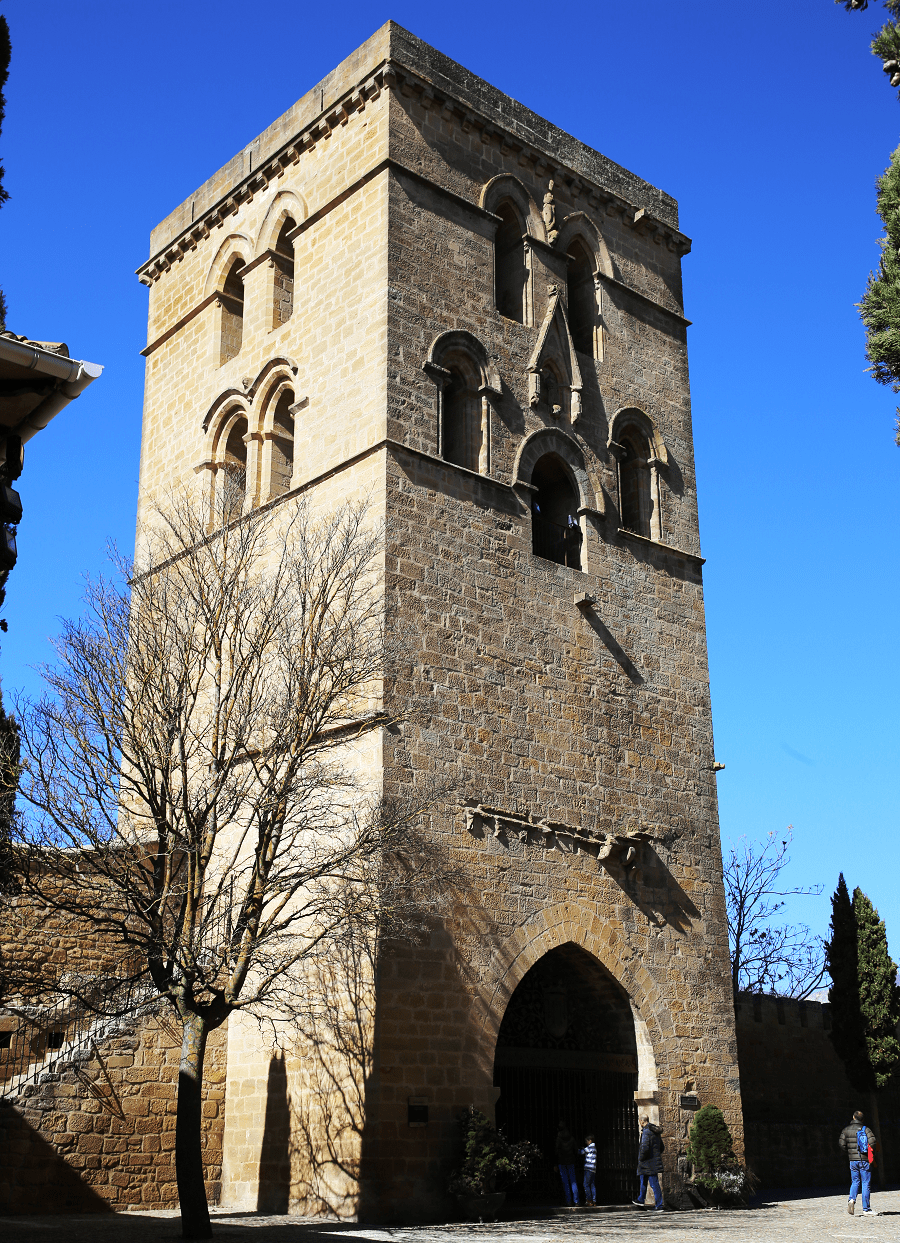 The wall was about two meters wide, covered with masonry stone and was crowned by a battlemented walkway. In the different wars of the 19th century, the walls were badly damaged and were rebuilt on their original layout. Two of its towers remain transformed into bell towers. 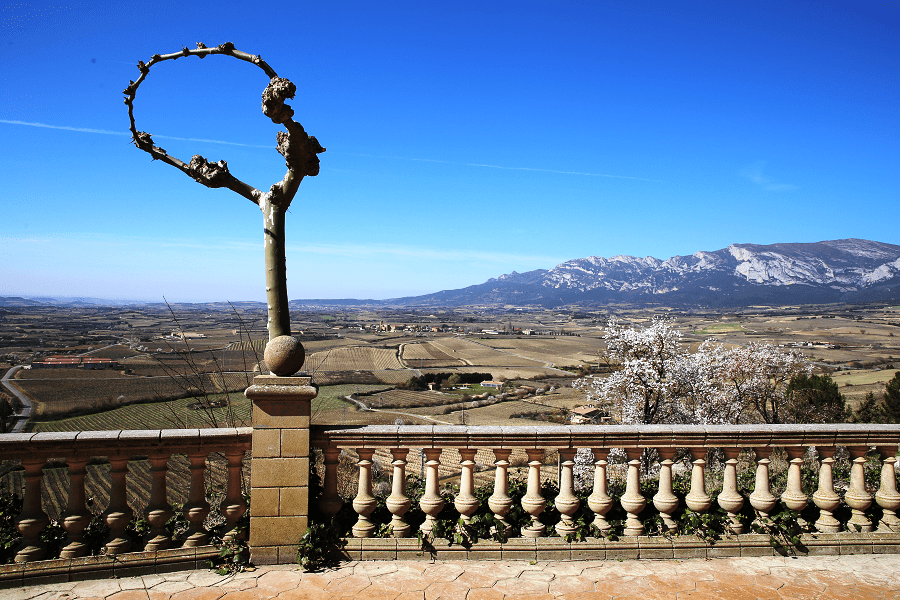 Plaza Mayor: arcade, center of the town. In it are the old and the new town hall. The latter, built in the 19th century, displays the town’s coat of arms on its façade and a chime clock with automatons that dance at 12, 2, 5 and 8 p.m. to the rhythm of a parade typical of local festivities. 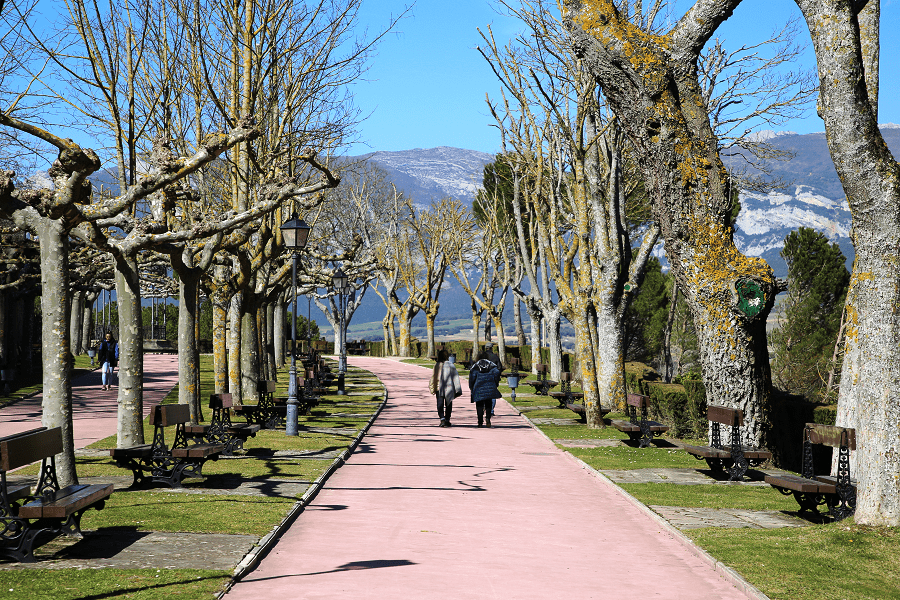 The old Renaissance-style town hall has an imperial coat of arms of Carlos V on its main façade. 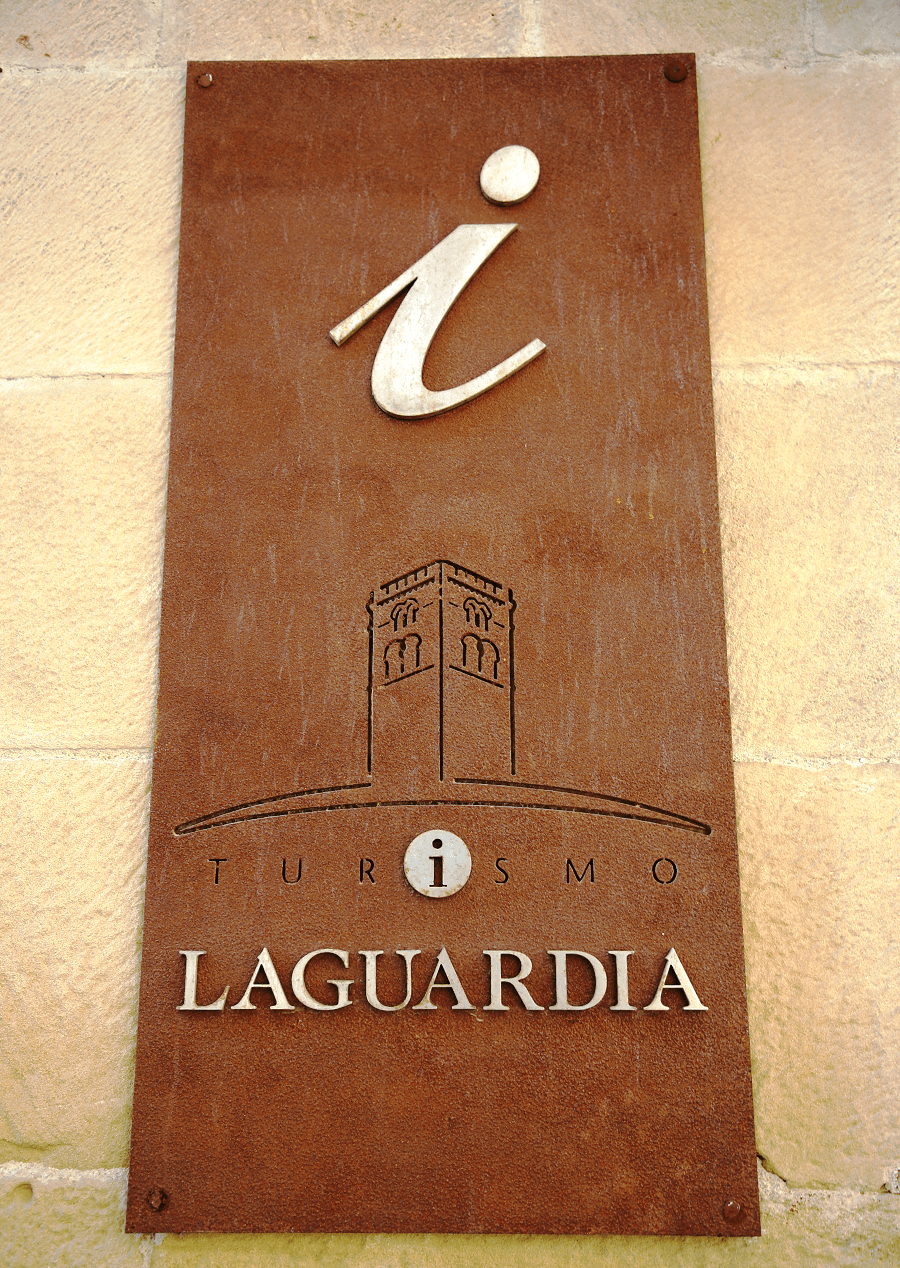 House of the First. It is the oldest civil building that remains standing in the town. 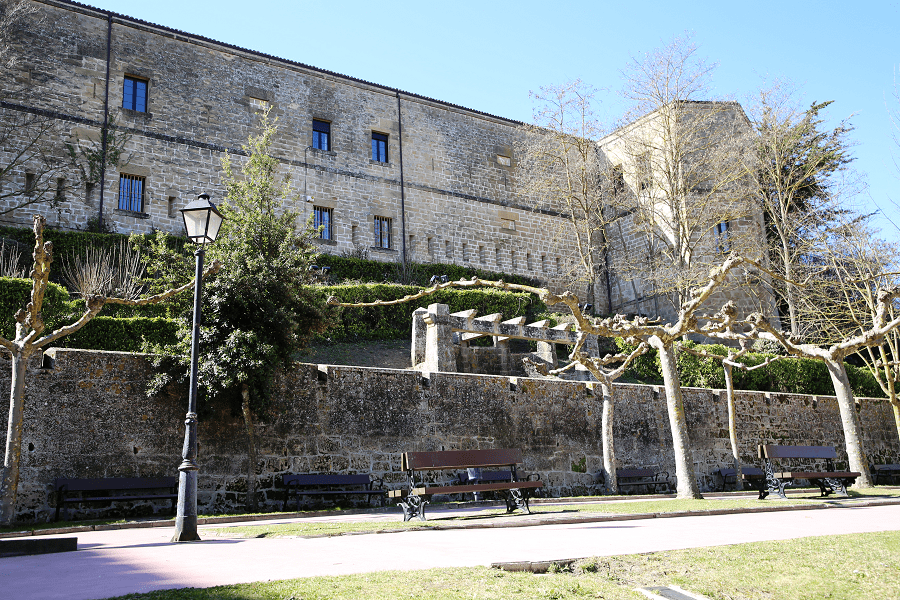 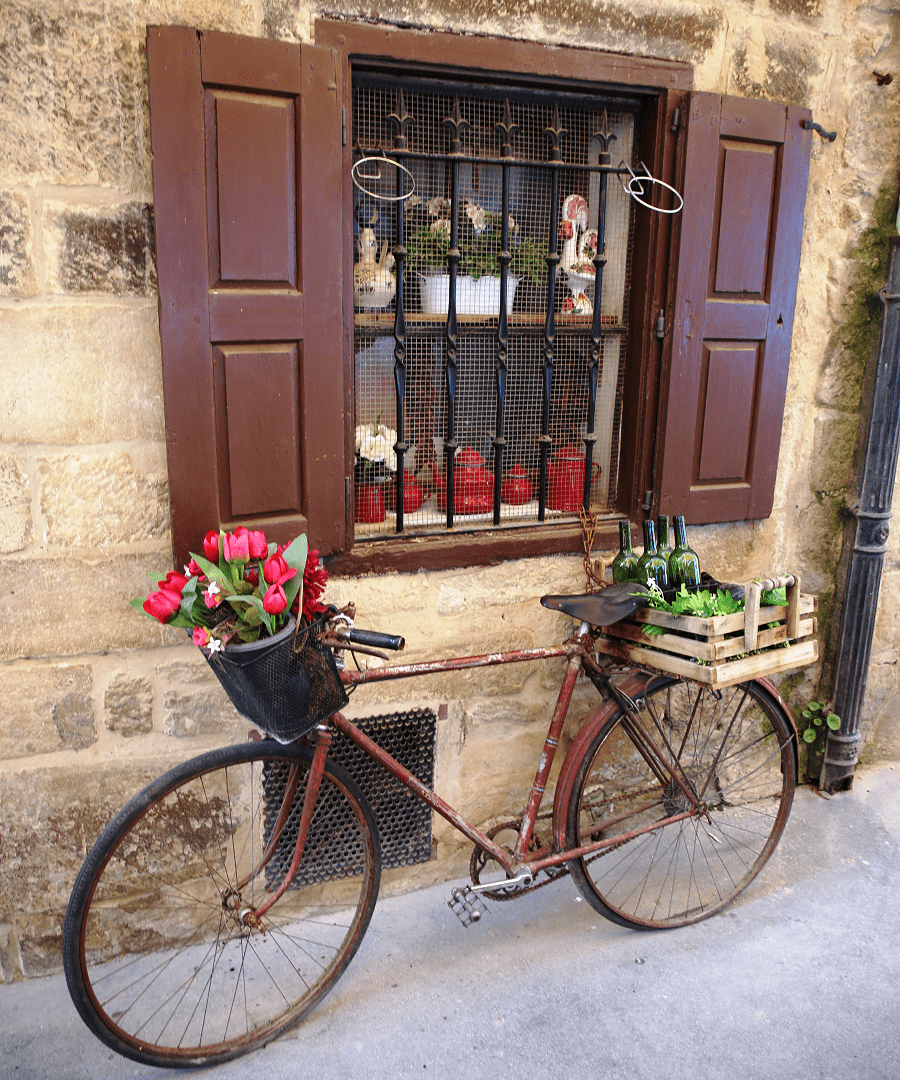 Monument to Felix Maria Samaniego. Kiosk from the end of the 19th century with an oriental taste built in iron on a stone pedestal. It is a singular piece in the Iron Architecture of the Basque Country. 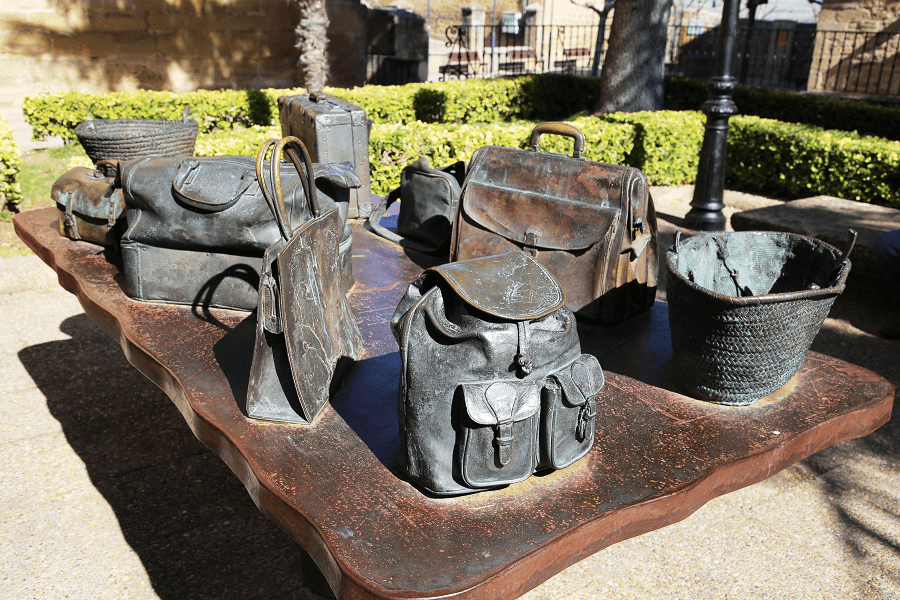 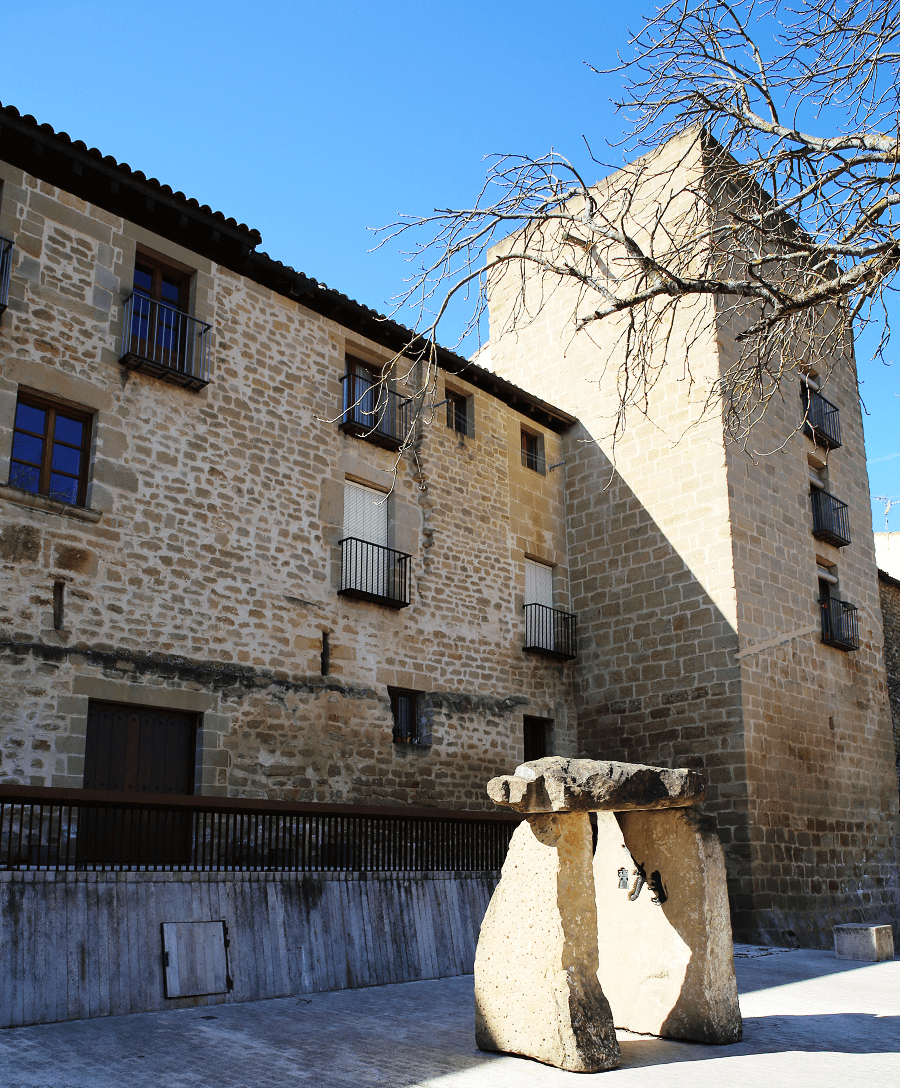 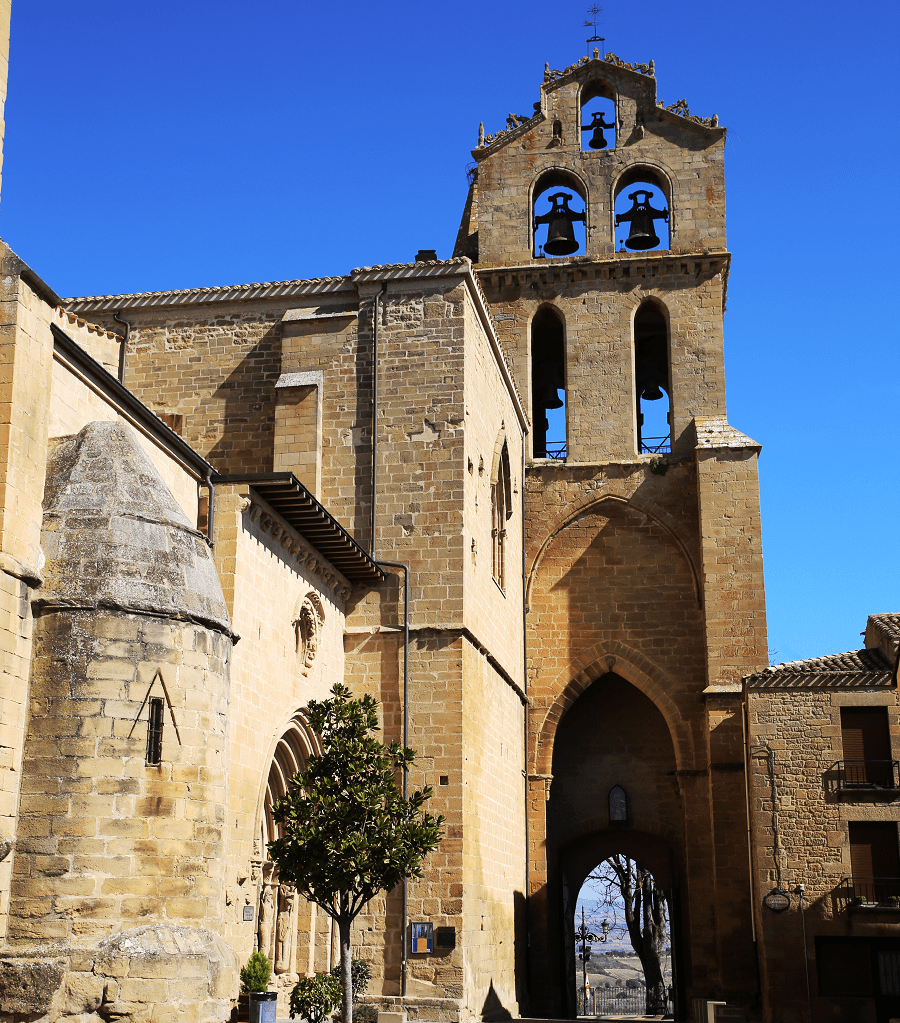 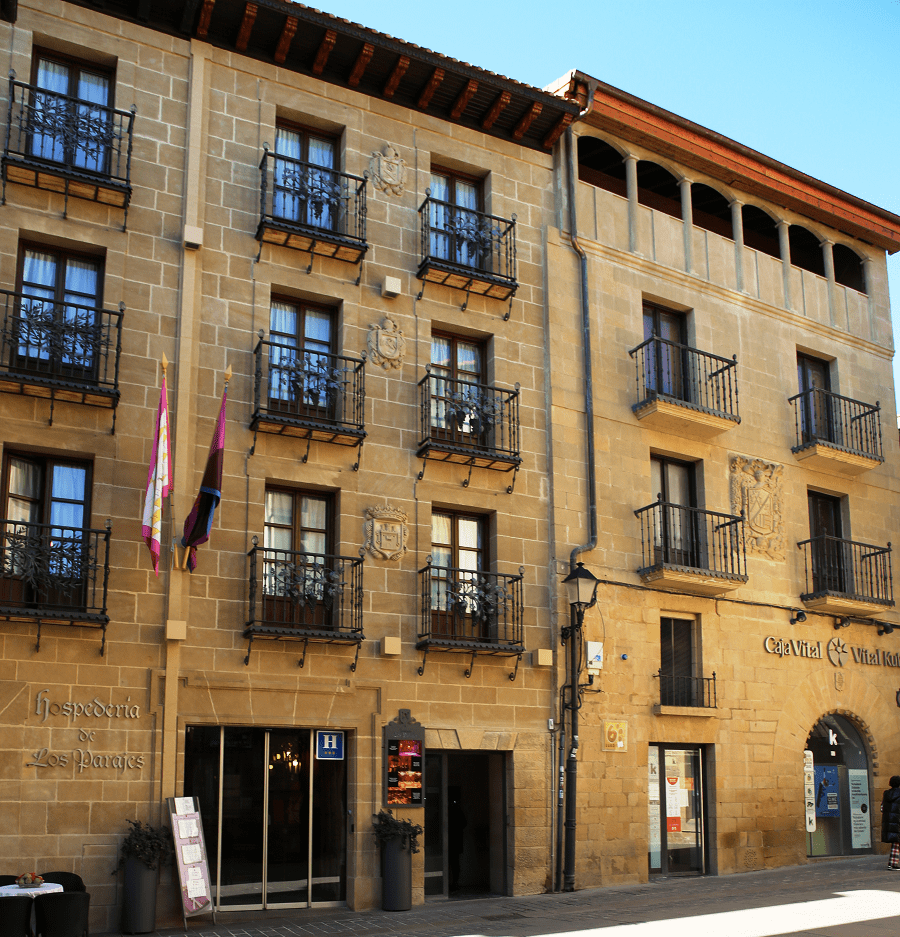 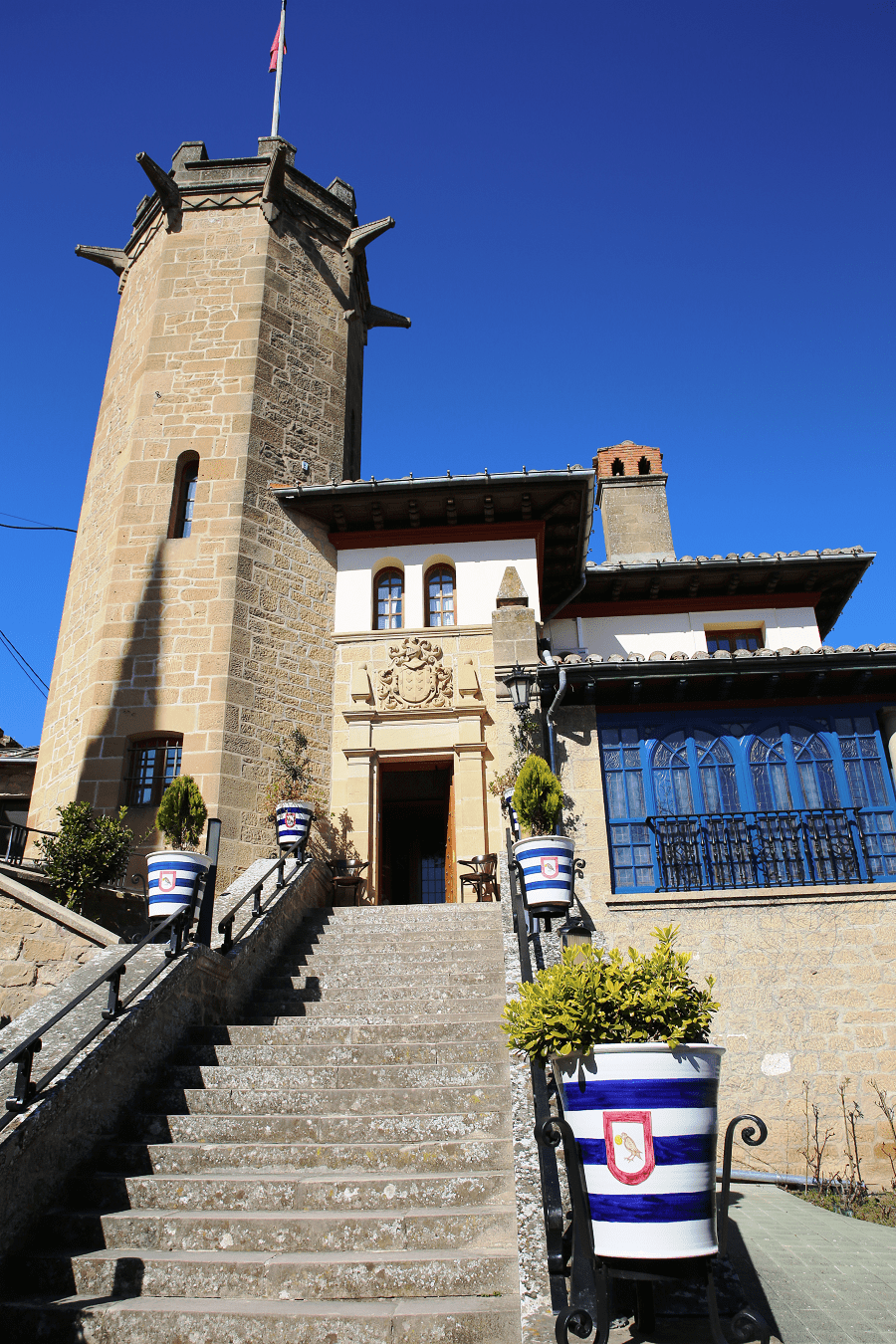