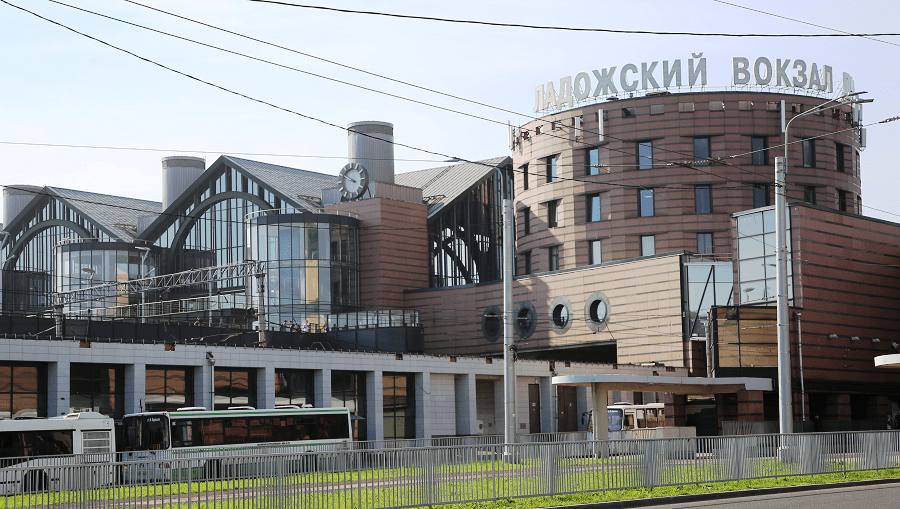 The most modern of the five operating railway stations in St. Petersburg, opened in 2003 to unload the Moscow and Finland stations. The only station in the city with through train traffic. It is located in the Krasnogvardeisky district at 73 Zanevsky Prospekt, near the Ladozhskaya metro station. 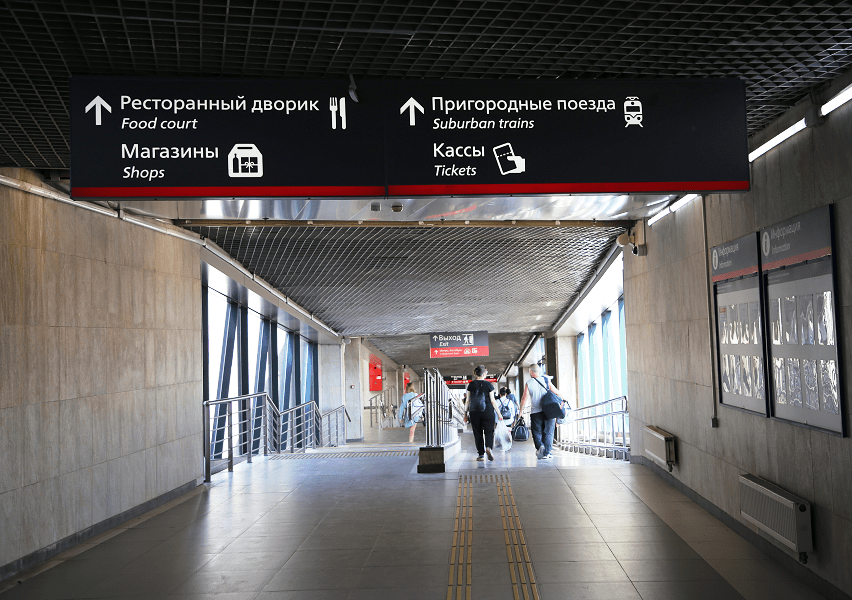 The station complex was built in 2001-2003 according to the project of architect Nikita Yavein, developed earlier in 1976.

The designer of the station complex is the Architectural Bureau “Studio 44”. As one of the prototypes, an unrealized project for the reconstruction of the Nikolaevsky (Moskovsky) railway station in the neoclassical style, created by the architect Ivan Fomin in 1912, was used, but failed to win the competition. 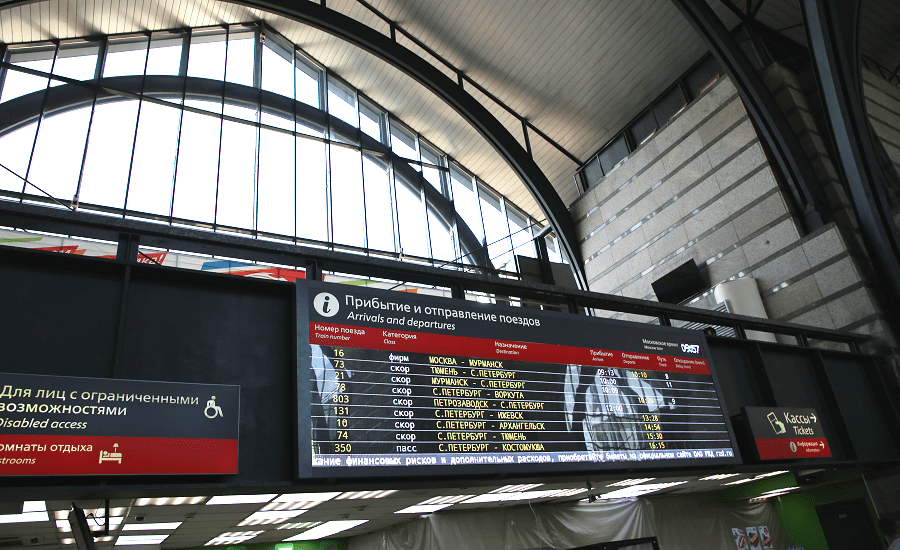 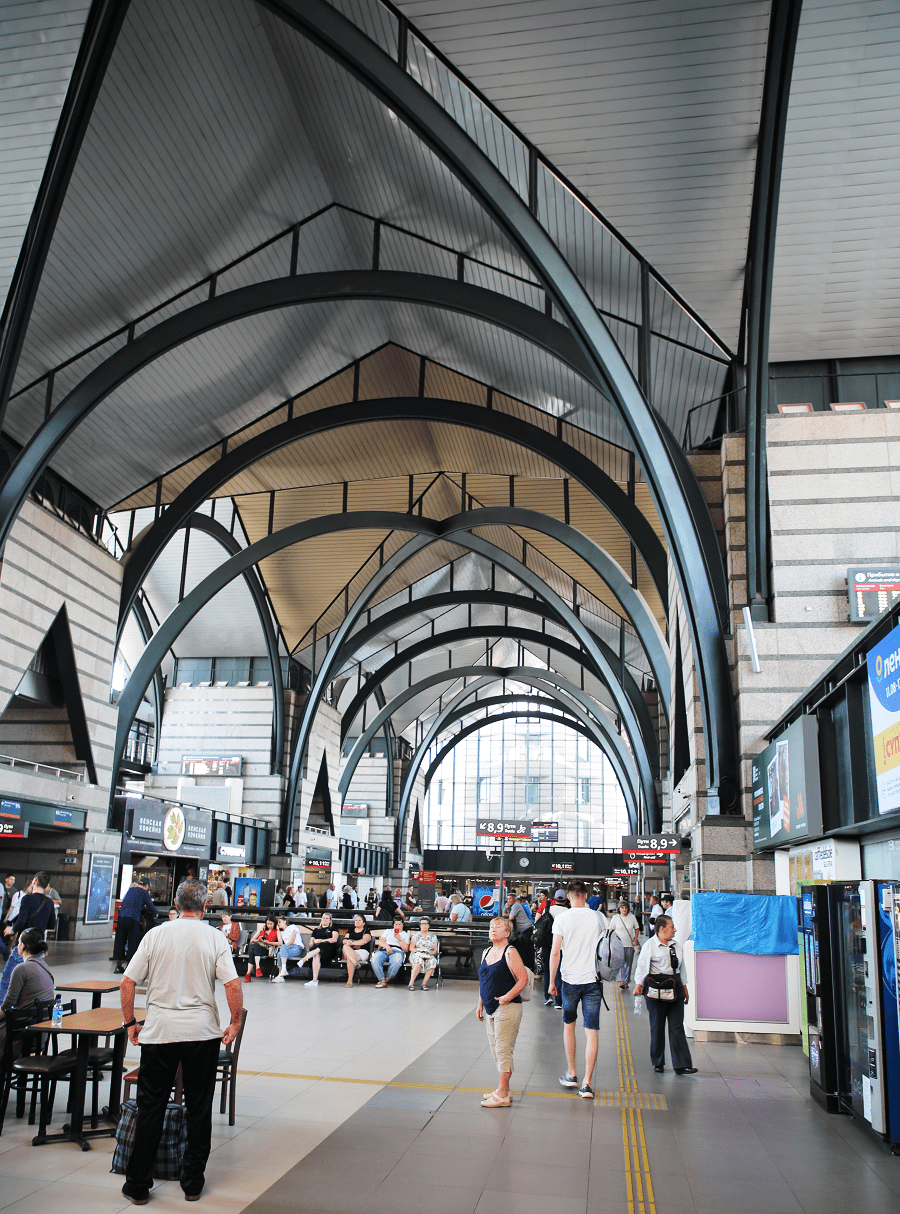 Ladozhsky railway station is the main transit point of St. Petersburg for passing long-distance trains. From 2003 to 2006, the Repin and Sibelius trains departed from the station on the St. Petersburg-Helsinki route, then they were transferred back to the Finland Station. More than 600 people use the services of Ladoga Station every hour.

Suburban trains run to Mga, Nevdubstroy, Kirishi, Pupyshevo, Volkhovstroy, and there is also an accelerated service to Budogoshcha and Tikhvin.

Luggage storage at the Ladozhsky railway station is located on the upper level. The cost of storing one place is 230 rubles/day. Automatic cells can be found on the second level in the long-distance train service hall. Cost – from 200 rubles / hour.