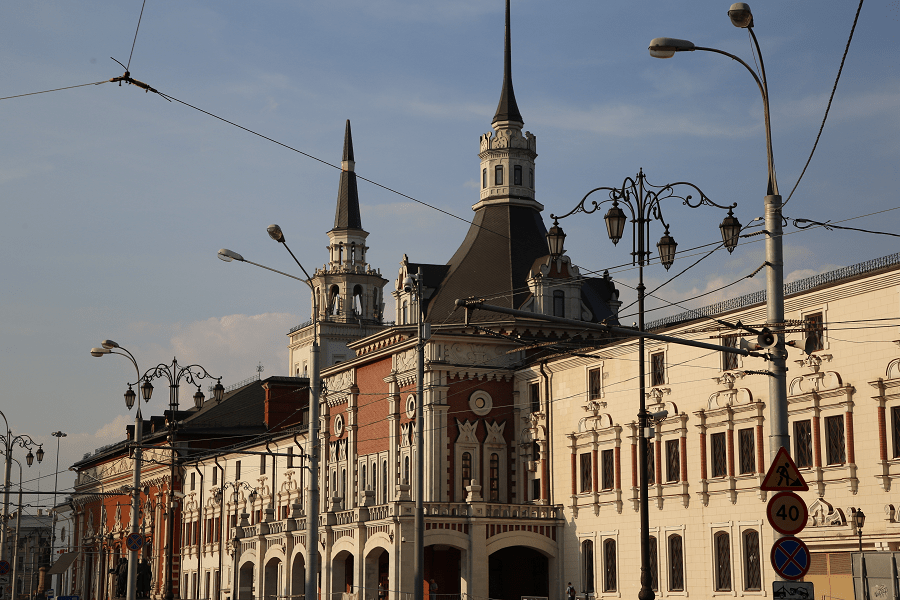 Kazansky railway station (until 1894 – Ryazansky) – the passenger terminal of the Moscow-Passenger-Kazanskaya railway station, located at the address: Moscow, Komsomolskaya Square, 2.

One of the ten railway stations in Moscow. It is part of the Moscow Regional Directorate of the Directorate of Railway Stations – a branch of Russian Railways.

As of February 2022, over 45 long-distance passenger trains depart from the station; 173 suburban electric trains on weekdays and 142 on weekends. Kazansky railway station is a place of international mail exchange with a functioning customs office and has a postal code 102900 for the customs zone and 102000 for the station as a whole.

In the 1950s, a suburban communication hall was completed, which was connected to the Komsomolskaya metro station.

On the facade of the building there is a clock with the signs of the zodiac on the dial, the work of watchmaker V. Pushkarev. The clock tower cites the image of the clock tower of St. Mark in Venice. The left tower of the station copies the famous Kutaf tower of the Moscow Kremlin. On the main facade (on the sides of the entrance to the metro) there is a rare example of early post-revolutionary heraldry – a hammer and sickle with a wheat ear.

In the interior, the most expressive hall of the restaurant, which was given the appearance of a refectory chamber of the Moscow baroque. The hall is huge, its vault is richly decorated. In the design there are snow-white details with gilding, picturesque inserts, stucco molding, mirrors built into the piers. Painting plays a special role here (artist E. E. Lansere), thanks to which the space of the hall visually expands.

In 1987-1997, the building was reconstructed: the appearance was updated, the interior premises were expanded and redesigned, roofs were built over the platforms, and the building was equipped with modern technical equipment.

The Kazan station connects the capital with the southern, eastern and southeastern directions. During the day, it serves about 70 trains and 200 commuter trains.

Long-distance trains from the Kazansky railway station go to Adler, Rostov-on-Don, Yekaterinburg, Barnaul, Nizhny Novgorod, the cities of Kyrgyzstan, Uzbekistan, Kazakhstan and other points on the map.

Several trains leave from Kazansky railway station to Penza every day. You can choose a morning, afternoon or evening train. Passengers spend on the way from 11 to 13.5 hours.

Rostov-on-Don is passed by most of the trains traveling to the south of the country from the Kazansky railway station. Therefore, there will be no problems with choosing a train. Branded trains reach their destination in 15-15.5 hours.

Trains depart daily – you can choose morning or go at night. The branded train “Double-decker (sitting)” runs on the route, which covers the distance to Voronezh in the shortest time – 6 hours 20 minutes.

Kazan is one of the most popular destinations. Every day in the evening, branded trains “Dvukhetazhny” and “Tatarstan Premium” depart there. Passengers spend 11.5 hours on the way and arrive in Kazan in the morning.

For those who are planning their trip to Samara, there are several trains per day. The Zhiguli brand train covers the distance between Moscow and Samara in 13 hours.

Whichever train you choose, you will be in Yekaterinburg in about a day. Trains vary in travel time of 1-3 hours. There are several trains a day from Kazansky railway station.

Chelyabinsk is also a popular destination in the Urals. Of the branded trains, “Southern Ural” goes there. It take about 30 hours to get there.

In the summer, destinations to the south of Russia become especially popular, although there are regular trains out of season for those who want to get to warmer places. 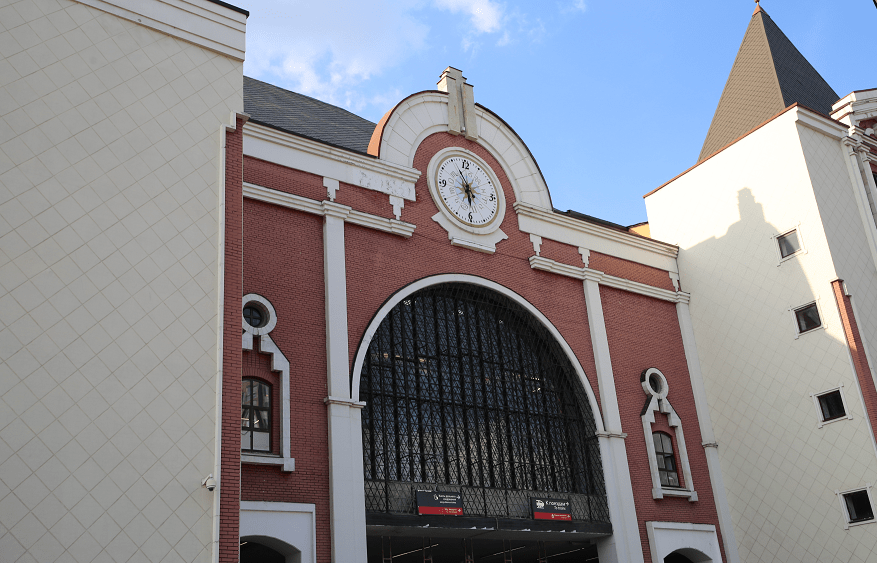 You can buy a ticket for trains departing from Kazansky Station at the ticket offices of the station itself (or any other stations in the city), at ticket terminals located in the station buildings – this allows you to avoid standing in lines.

However, online shopping can, of course, be called optimal in terms of speed and convenience. Having passed a simple pre-registration on the official website of Russian Railways and having a bank card for payment, you can easily and quickly book and buy any ticket you need. In normal practice, ticket sales open 45-90 days before the departure date (this depends on the region where you are going – the exact date of the start of sales can be found in the information desk).

The earlier you book and pay for your ticket, the more you save in the end. The dynamic pricing system adopted by Russian Railways keeps track of the number of tickets sold and raises the price of the remaining ones.

At the Kazansky railway station, the usual manual lockers are available. To find this storage room, go down the stairs from the side of the platforms. Also inside the station there are round-the-clock automatic cells. In order to choose the most economical way to store your luggage, calculate how long you plan to leave your luggage.

In 2022, the following tariffs for cells are established:

At the Kazansky railway station you can connect to the free Internet by wi-fi and charge your mobile devices (phone, laptop, tablet).