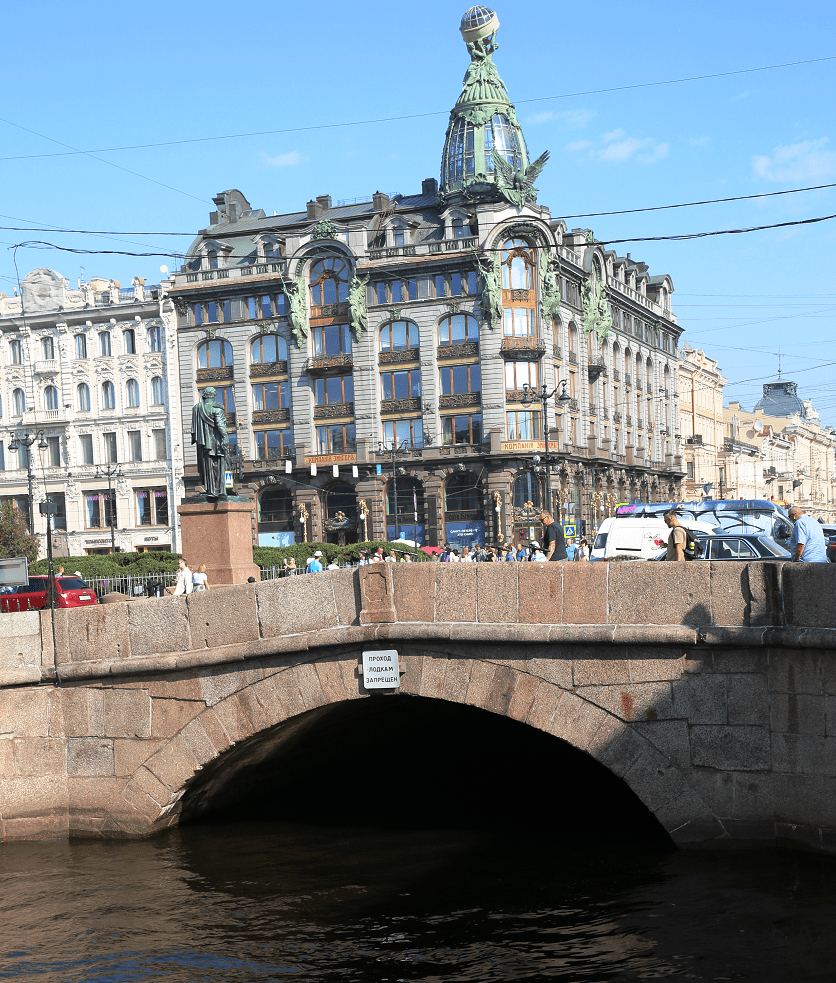 Kazansky Bridge is a road stone arch bridge across the Griboedov Canal in the Central District of St. Petersburg, connecting the Kazansky and Spassky Islands. An object of cultural heritage of Russia of federal significance. The third widest bridge in the city, after the Blue (97.3 m) and Aptekarsky (96 m) bridges. The lowest in the city, under it the passage of ships is prohibited.

Located along the axis of Nevsky Prospekt, it forms a single ensemble with the square and the Kazan cathedral. Nearby is the Singer House. 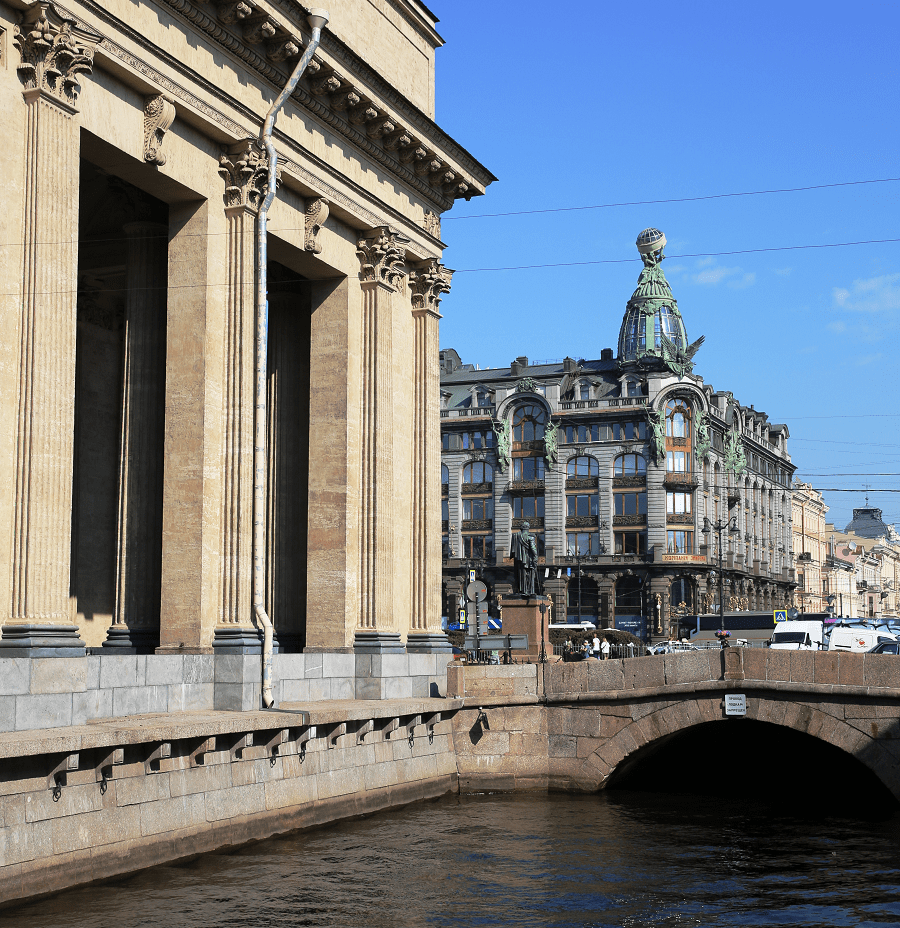 Upstream is the Italian Bridge, below is the Bank Bridge with the lions. The nearest metro is Nevsky Prospekt station, exit to the Griboyedov Canal.

In 1716, a wooden bridge was built at the intersection of Nevsky Prospekt and the Krivusha River. The existing bridge was built in 1765-1766 according to the project of engineers V.I. Nazimov and I.M. Golenishchev-Kutuzov when facing embankments with granite.

The bridge is single-span stone arched.

The bridge is designed for vehicular and pedestrian traffic. The carriageway of the bridge includes 8 traffic lanes.