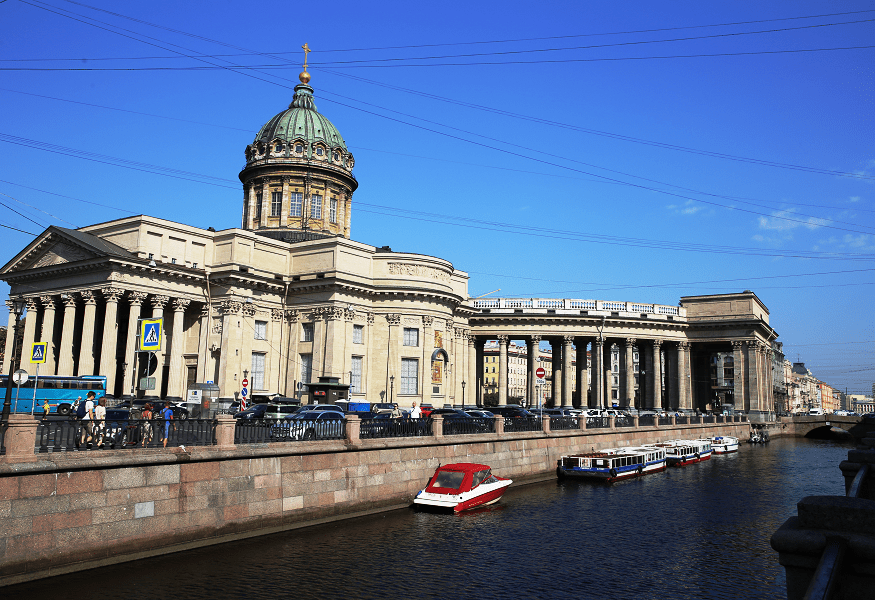 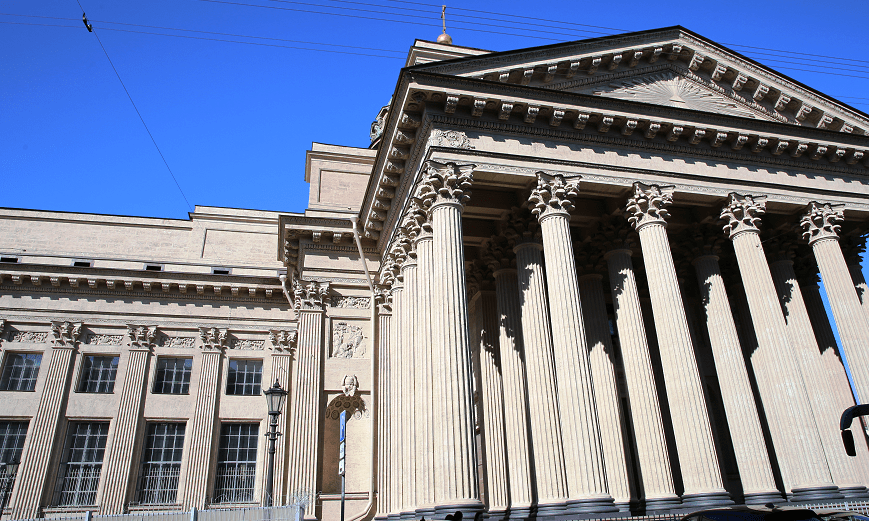 After the Patriotic War of 1812, it acquired the significance of a monument of Russian military glory. In 1813, commander Mikhail Illarionovich Kutuzov was buried here and the keys to the captured cities and other military trophies were placed. 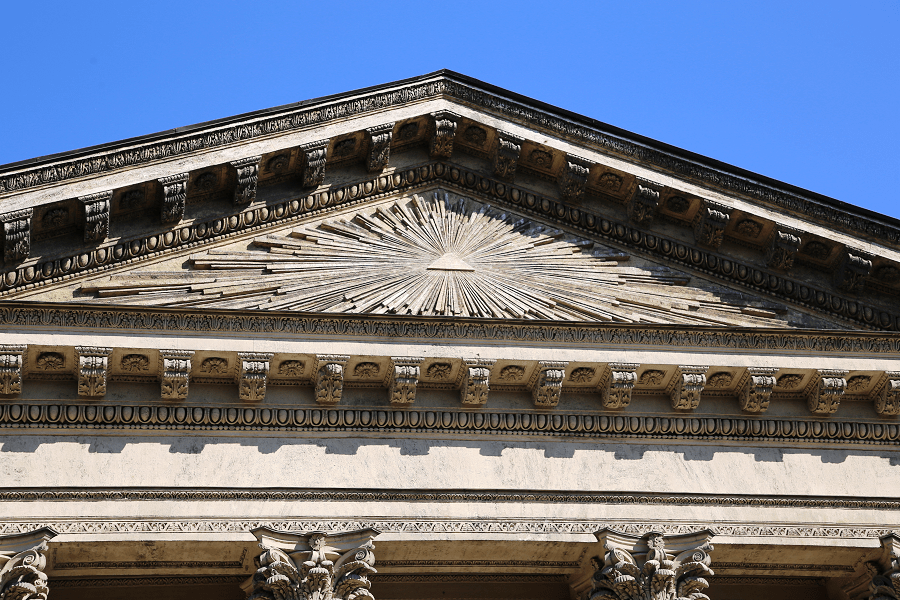 In 1932 it was turned into the Museum of the History of Religion and Atheism. Since 1991, it has been a functioning temple, coexisting with the museum exposition for several years.

Since 2000 – the Cathedral of the St. Petersburg diocese of the Russian Orthodox Church. Since March 9, 2019, the rector has been Metropolitan Varsonofy (Sudakov) of St. Petersburg and Ladoga. 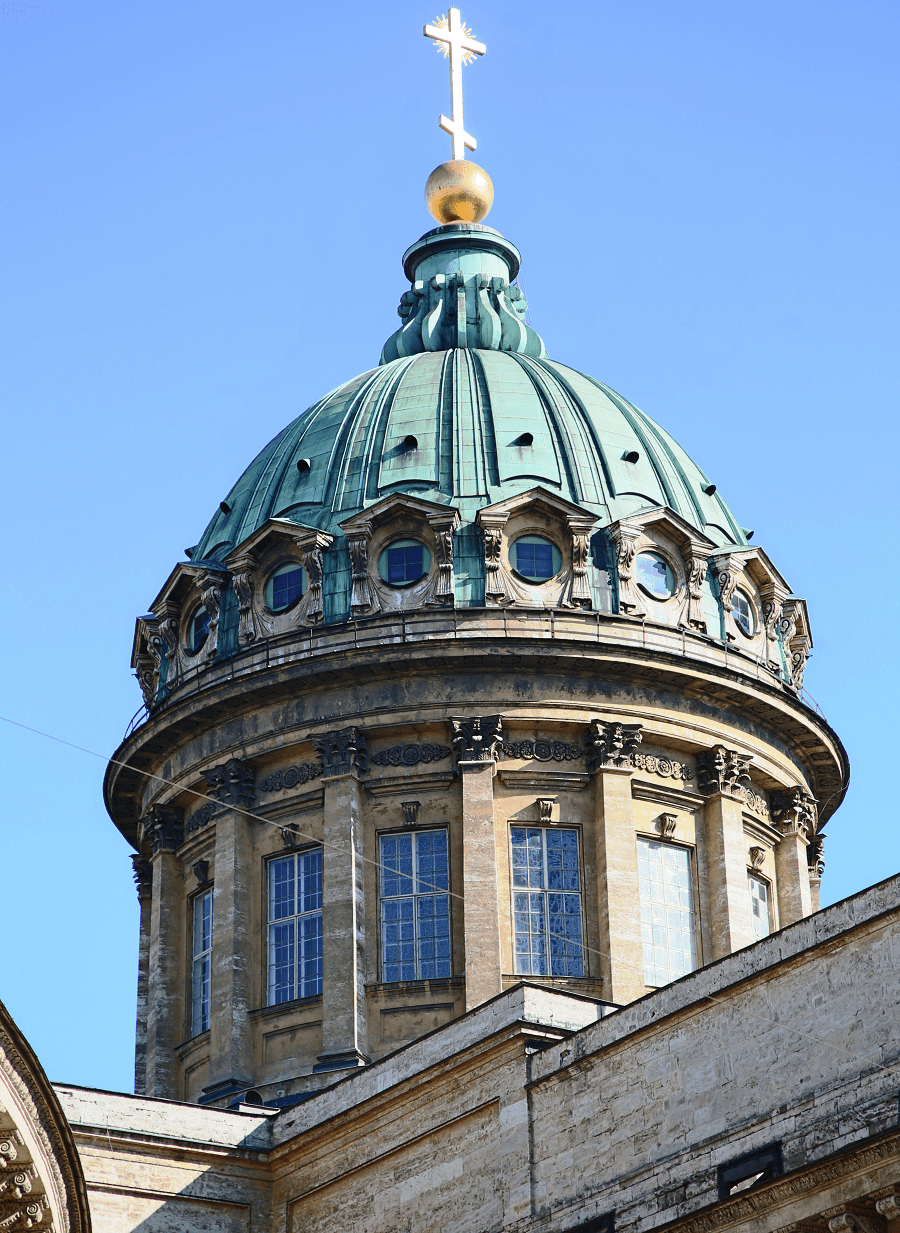 The cathedral gave its name to Kazanskaya Square, Kazanskaya Street, Kazansky Island in the Neva Delta and Kazansky Bridge at the intersection of Nevsky Prospekt and the Griboyedov Canal (opposite the Singer House). 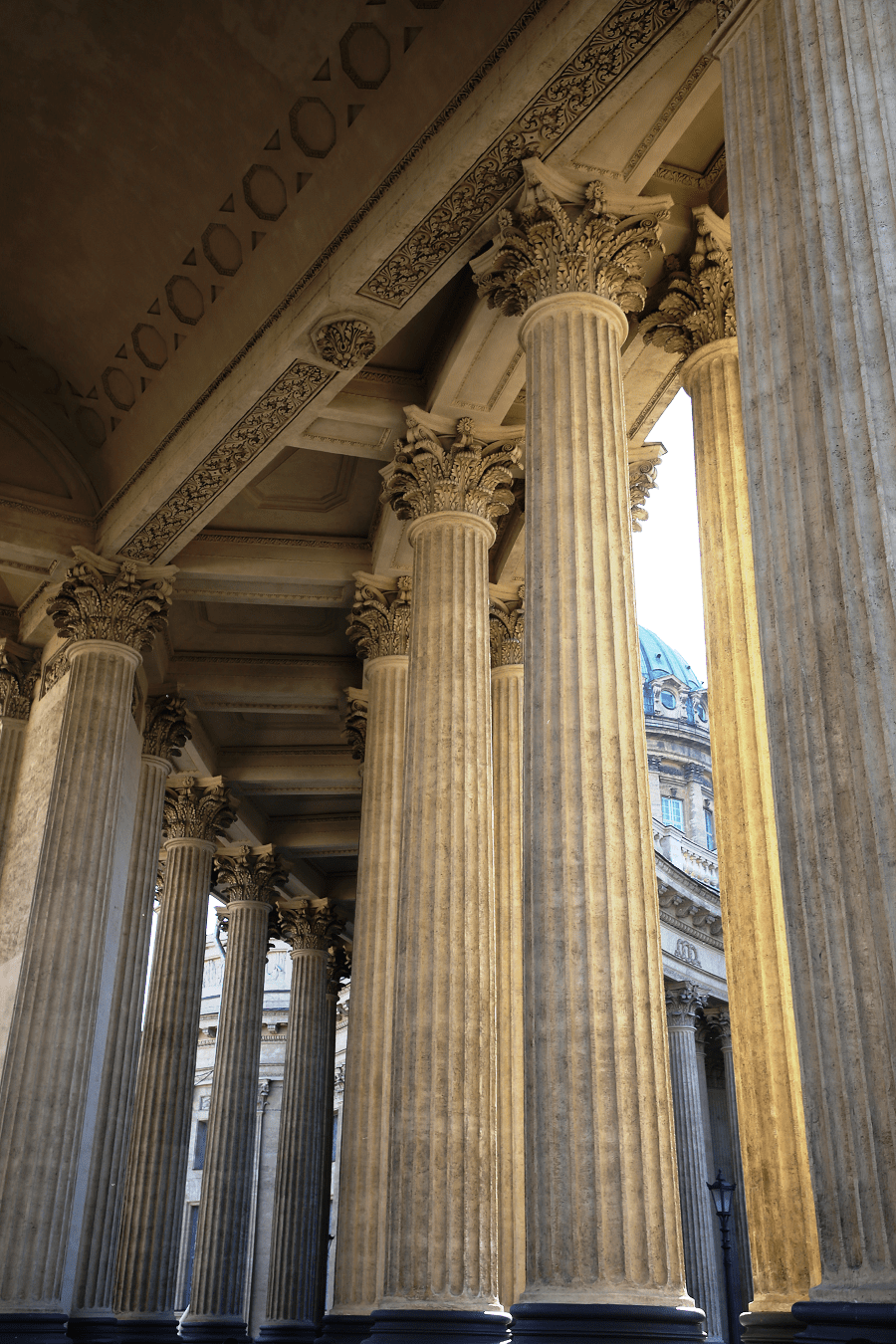 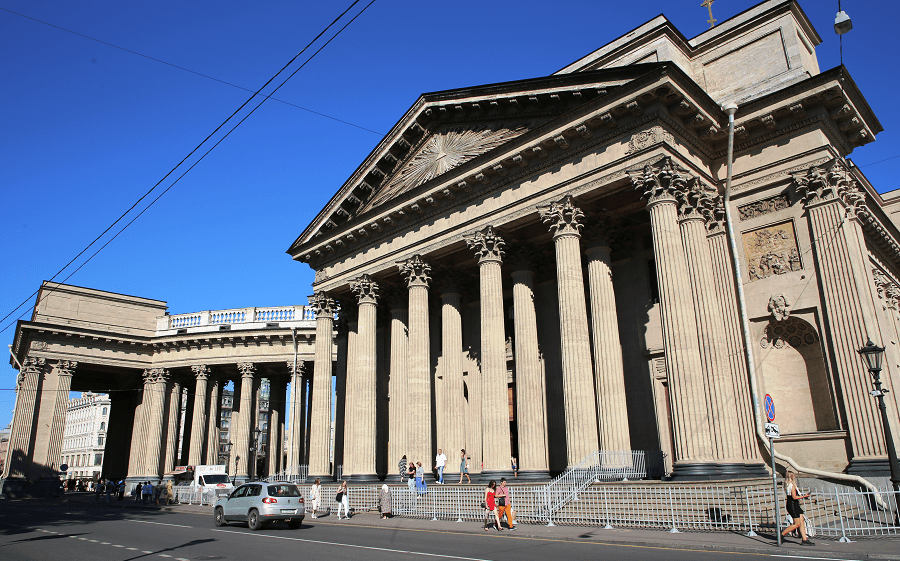 The facades of the cathedral are lined with grey Pudost stone and were decorated with reliefs and statues. The reliefs were made by: I. P. Martos, I. P. Prokofiev, F. G. Gordeev, the statues – I. P. Martos, S. S. Pimenov, V. I. Demut-Malinovsky.

The interior of the Kazan Cathedral is a majestic 3-nave columned hall (the length of the main nave is 69 m), containing rows of 56 columns made of pink Finnish granite with gilded capitals of the Corinthian order. 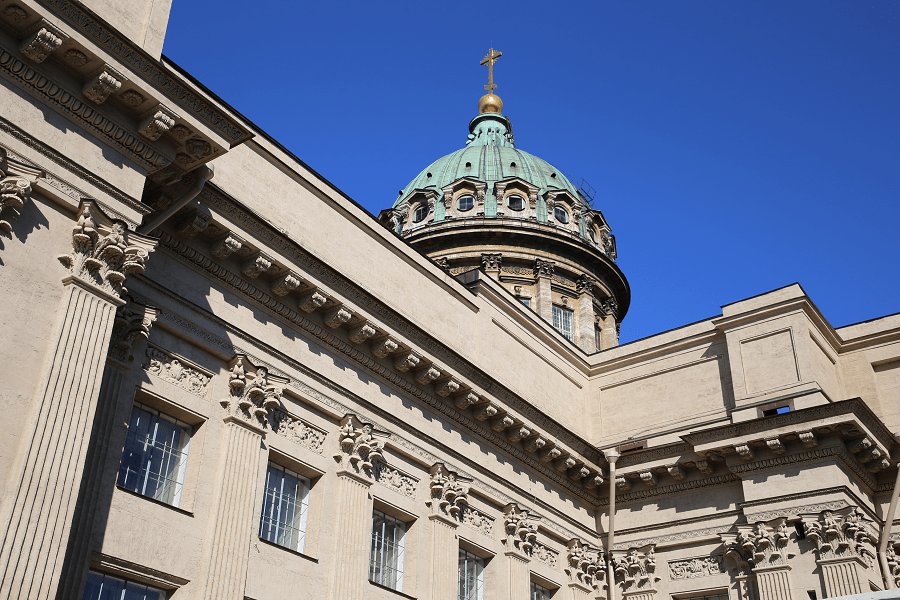 Of the bas-reliefs in the interior, only two have survived: Carrying the Cross by F. F. Shchedrin and Taking into Custody by J. D. Rashette, the rest were removed in 1814. The iconostasis designed by K. A. Ton was recreated in the early 2000s.