Josep Dallerès became the president of the National Commission of Andorra in UNESCO • All PYRENEES · France, Spain, Andorra 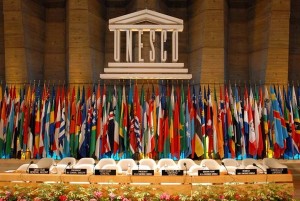 Josep Dallerès became the president of the National Commission of Andorra in UNESCO. The government approved his candidate according to the proposal of the minister of foreign affairs of Andorra Gilbert Saboya.

The national Commission of Andorra for UNESCO promotes the UNESCO activities for education, science, culture and communication. The Commission is governed by a Charter, which was approved on 13th April 2005.

Josep Dallerès has an extensive experience in the institutional, political and diplomatic spheres. From 2011 to 2015 he was the official representative of the Principality to the Council of Europe. Josep Dallerès has a degree in the Humanities, engaged in teaching and he is the author of several literary publications.