Jonathan Bree: Once I have the mask on I remember nothing • ALL ANDORRA 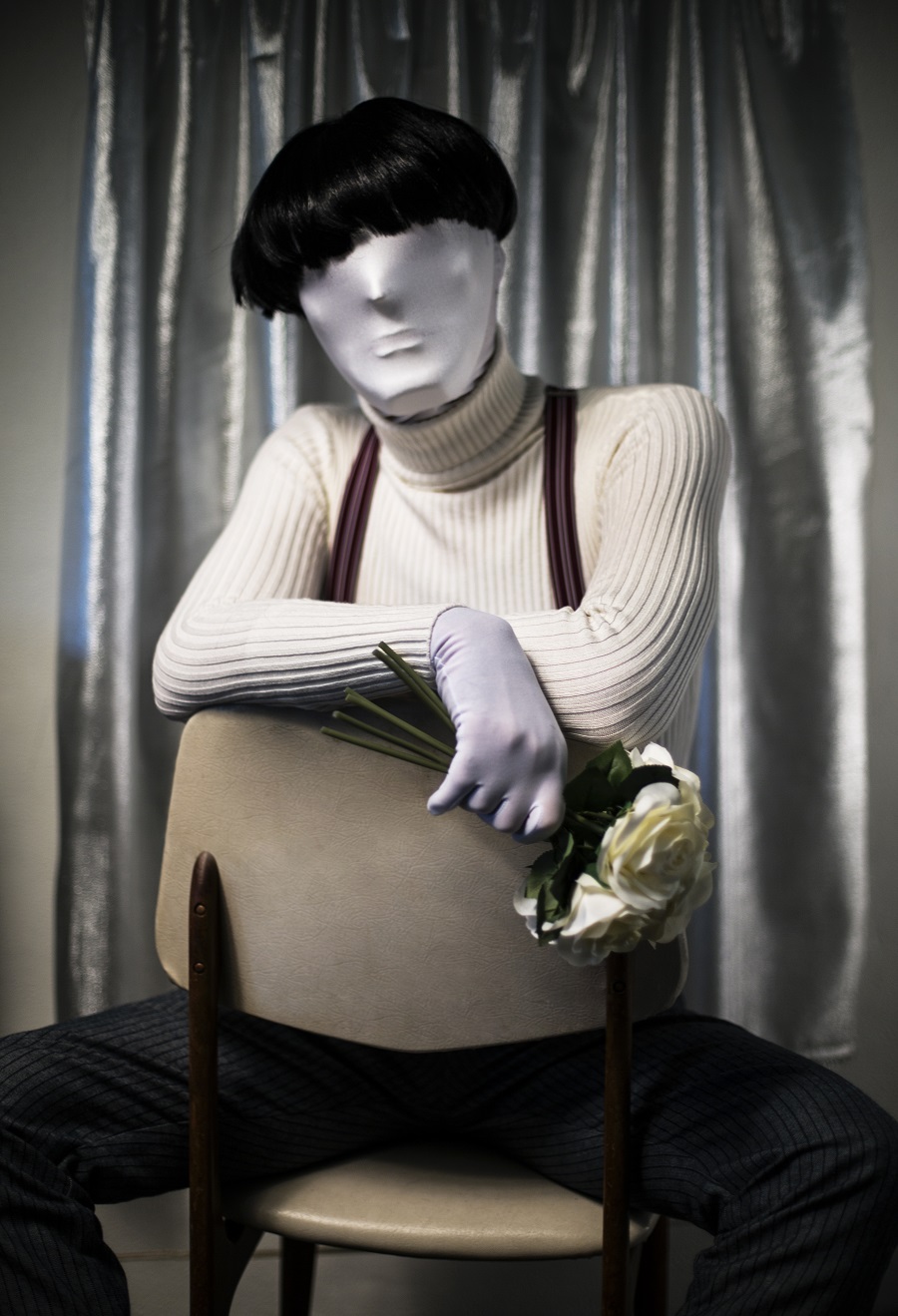 Jonathan Bree talks about how hard it is to perform in a spandex mask, his musical plans, New Zealand’s sound, favourite places to perform, as well as much more

Jonathan Bree likes to perform strange and mellow music wearing a spandex mask and an elegant 60s style suit. His band follows these eccentric preferences when on stage too, wearing spandex masks and elegant suits as well. Watching their shows brings a spooky and infernal feeling which is in line with their musical vibe.

Jonathan Bree’s music is a mixture of 60’s pop, disco, psychedelic and other references to bygones era’s, with a contemporary and recognizable sound. Many of the songs have breathtaking videos that have received many millions of views on Youtube and perfectly visualize the song’s moods and messages. Being the mastermind and the main driver of his own musical project, Jonathan Bree directs all the videos himself whilst also looking after the stage image, composing the music and singing his own grotesque and ironic lyrics.

At the moment, Jonathan Bree has 3 solo albums, the 4th is on the way and is going to be finished soon. As a super-productive person he combines an artistic career with running his own label, Lil’ Chief Records, which is responsible for shining a light on many artists from his homeland, New Zealand, among them names such as Princes Chelsea and The Brunets – the band in which Jonathan took part before starting a solo career.

We talked with Jonathan about his recent plans for music, the original concept of the band’s stage image, the influence of his label on New Zealand’s sound and some other interesting stuff.

Hi Jonathan! It would be great to know what you have been up to recently in music. Do you have some finished or planned exciting tours? Maybe a new album is taking shape? Or any thoughts on making some new videos?

Hi! Yes, after a year of touring with Sleepwalking I’m taking 6 weeks to finish album number 4 and then we are back into touring in September. Expect new singles and videos to begin from then on.

You are known as a very productive artist in terms of releasing new music and also as an intensively touring one. What do you enjoy more –composing new music and working in the studio or performing all around the world?

I enjoy both…perhaps equally. Both can be difficult at times, long hours in the studio overseeing fairly inconsequential details or 48 hours of flying and layovers at the bottom of the world with no sleep. Still, you also have really special moments playing live, and writing/recording in the studio.

The stage image is a very important part of your musical project. Who came up with this idea of the band in spandex masks and do you have a special stylist who looks after the elegant costumes which the band is always dressed in?

I did. It started with an idea I had for a music video for Weird Hardcore. I returned back to the idea for You’re So Cool and life in the mask has been the norm since then.

Do these spandex masks (that make the whole thing look quite infernal) have some philosophical or metaphysical meaning or maybe some hidden message?

It allows the observer to see what they want to see, they can take whatever meaning they want from it.

Are the spandex masks not a bit uncomfortable as a stage costume- it might be too hot and not the most comfortable position to sing in when your head is covered in spandex?

Once I have the mask on I remember nothing. You’ll have to ask me again when it’s on. 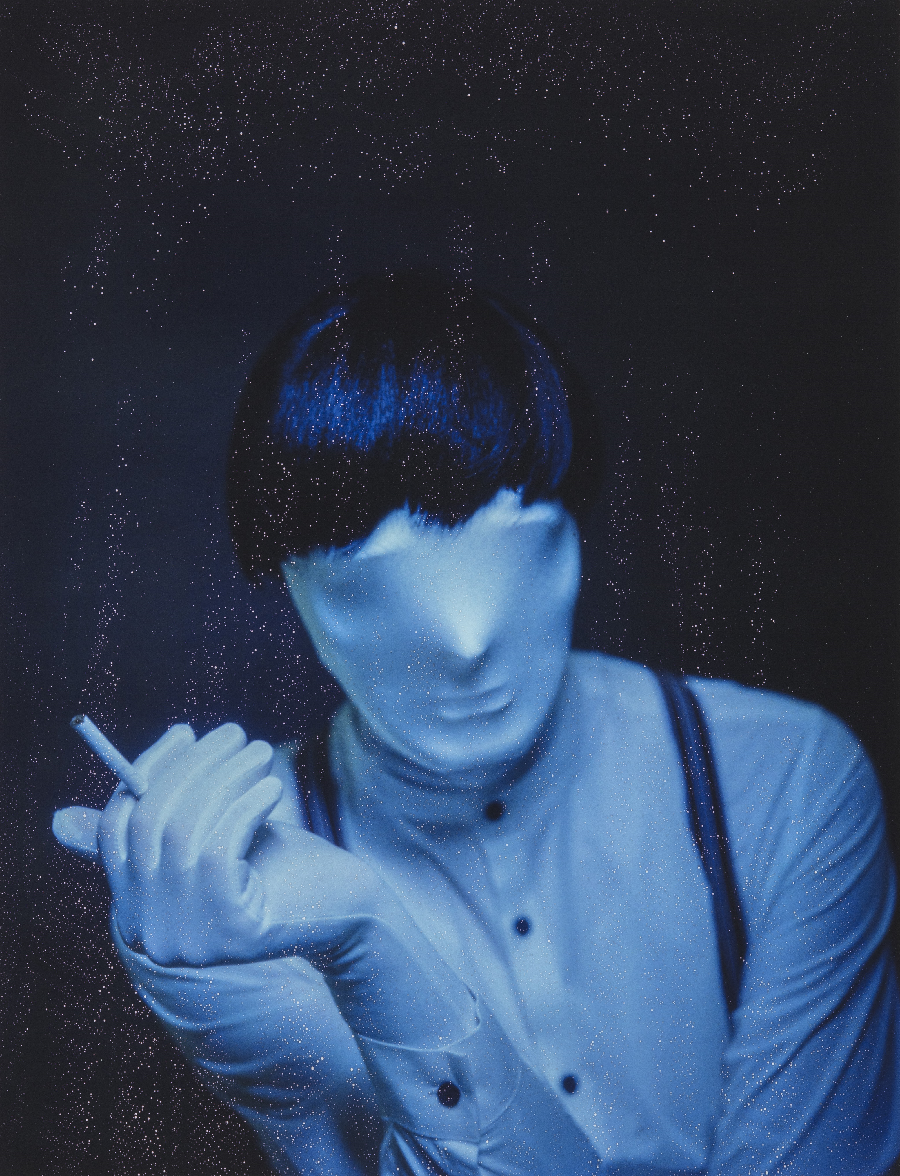 Your videos are great and they perfectly reflect the music’s vibe and aesthetic. Who directs them?

Thank you. I try and direct most of them though I am fortunate to have talented people I often work with which can take control of directing the shoot once I’m masked up.

In your music, as well in the videos too there is a strong retro vibe feeling with a lot of different references, from 60’s music, synty pop, disco, psychedelic. How did your musical taste change over the years? What was your musical base and does your current music reflect much of your past music experiences?

That’s all a fair observation. We are all products of our past. I’m not going to list all of mine, but I was a big fan of the waltz when I first observed it back in the mid-1700s.

Besides doing your musical project you also run a record label – Lil’Chief records. What interesting things do you have going on with that – maybe new releases or newly signed artists?

‘Run’ is a bit of a stretch. I try and run myself and my project now. Unfortunately I can’t throw my time and energy behind other projects as I once did.

Is it hard to combine an artistic job with the job of being a record label owner? 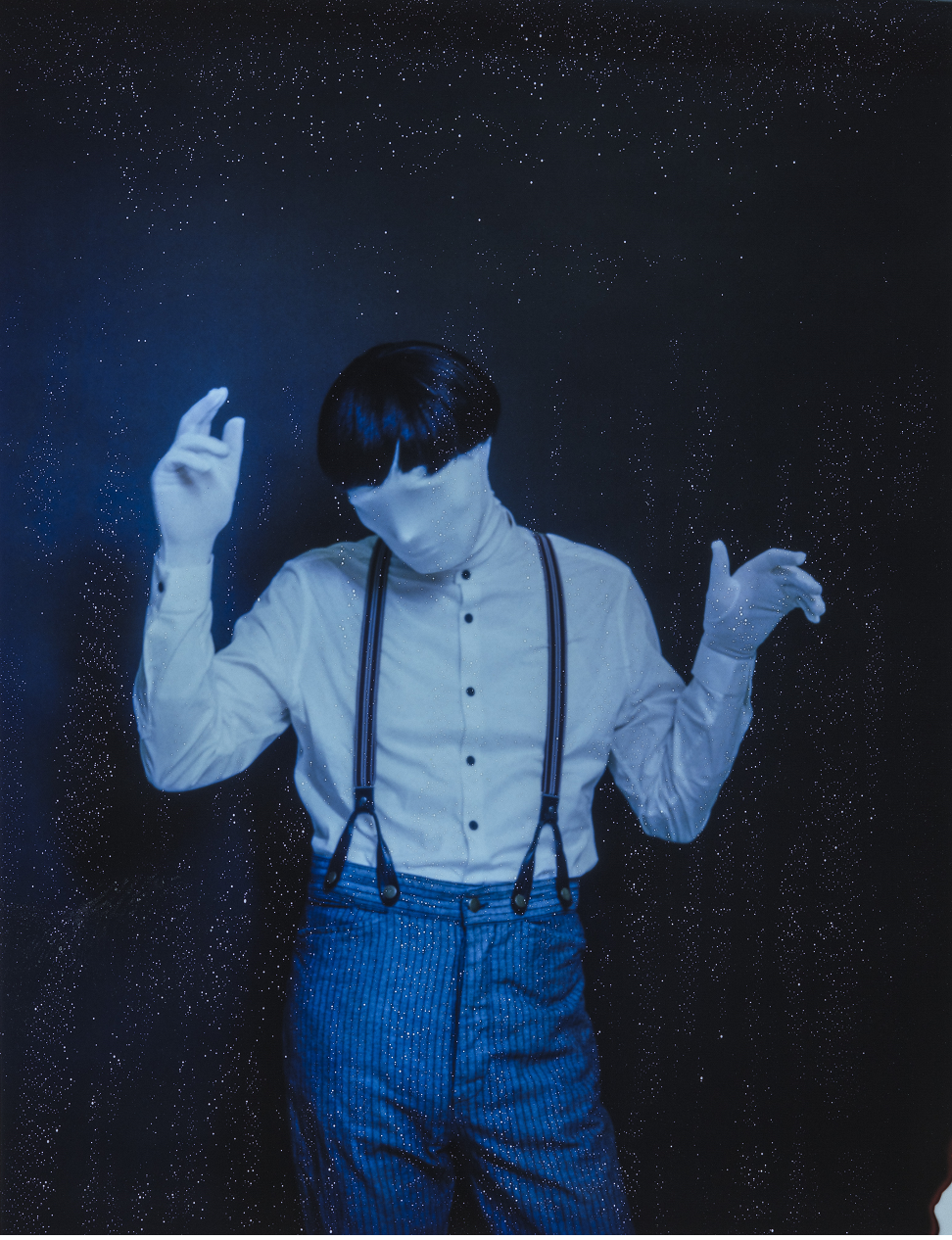 Scenes and their sounds are often easier to identify in retrospect. Lil Chief arguably used to have a more unified sound I suppose, if for no other reason because we simply borrowed each others music equipment and played on each others albums. A lot of the original Lil Chief roster are scattered across the globe now or involved in other projects.

How can you describe New Zealand’s music scene? Are there a lot of things going on – maybe some tips on some music clubs, festivals?

I’m currently no longer able to describe the NZ music scene. There’s a festival coming up called Other’s Way in Auckland which I’m sure will have interesting new acts appearing at it.

Do you live in Auckland? It would be interesting to know what kind of lifestyle you have and how do you usually spend your days when you are at home.

At the moment with touring and finishing the 4th album, I am living the existence of a hobo. I live out of a sack. I eat stolen buns from hotel buffet breakfasts for sustenance.

You have been touring a lot and have been performing in many places all around the world. Do you maybe have some favourite places where you like to perform most of all – maybe cities, countries or some specific festivals?

Often whenever we get the chance to spend a little extra time other than performing a show we tend to find a special connection to the city. On the last tour, we stopped for extra time in Central Bohemia, New York, Dublin and Kyiv. 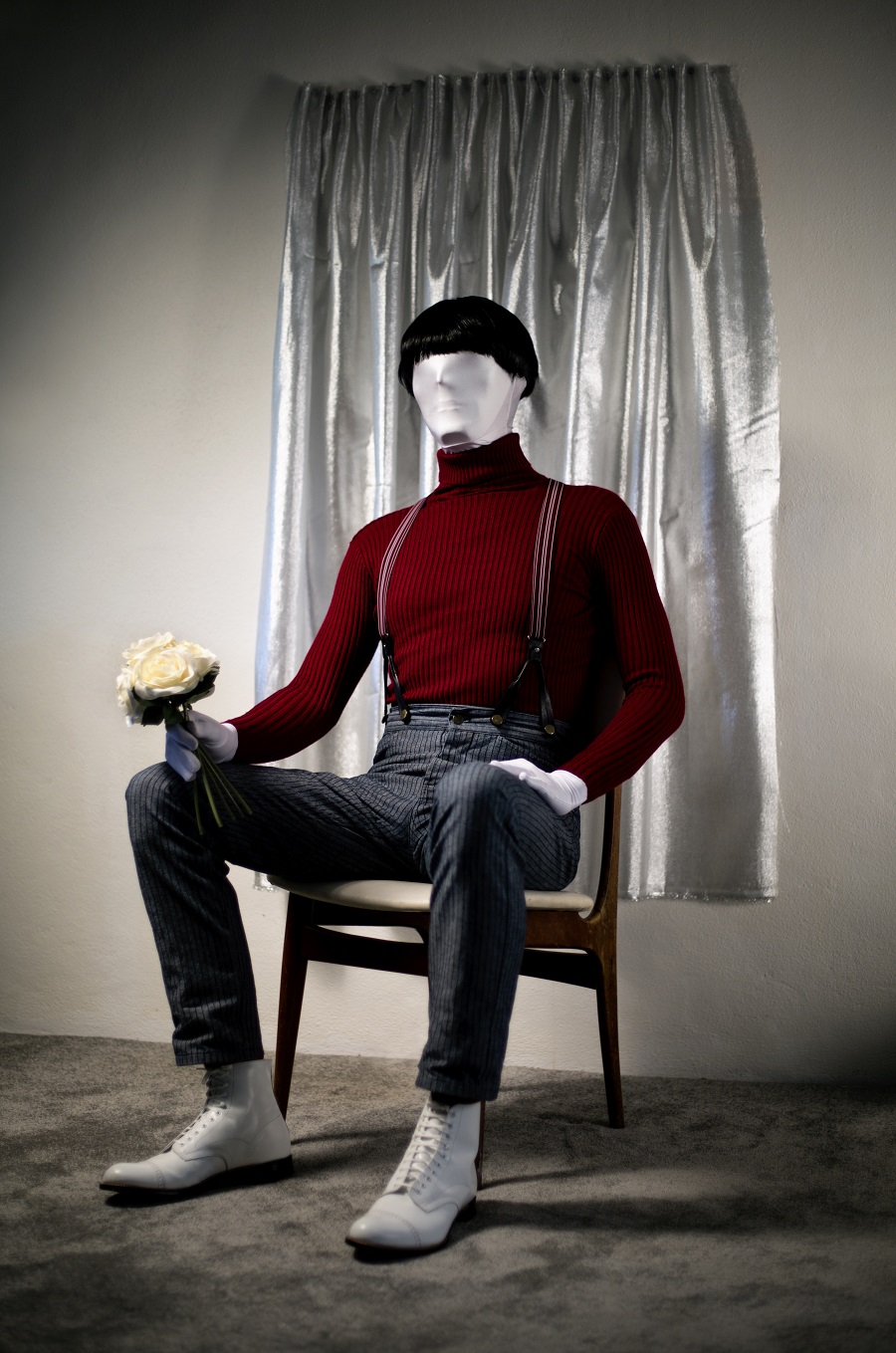 Have you ever been to Andorra and how would you feel about the idea of performing here if there would ever be the possibility to?

If there is a possibility of performing there that works with our schedule, absolutely.

Mr. C: I honestly don’t think I’d have been such a success without meditation

Ian Anderson: I am a Loner. I am Clint Eastwood in the Spaghetti Westerns. I am Rudyard Kipling’s The Cat That Walked by Himself

Marc Almond: And Now the Underground is Overground

Arnaud Rebotini: It is an artistic reflection of the quarantine reality

Vitalic: I am going back to punk