In terms of the upcoming Winter Olympics-2022, SKIMO could be on the list of Olympic disciplines, said the President of the Andorran Federation of Ski-Mountaineering, Jaume Esteve • All PYRENEES · France, Spain, Andorra 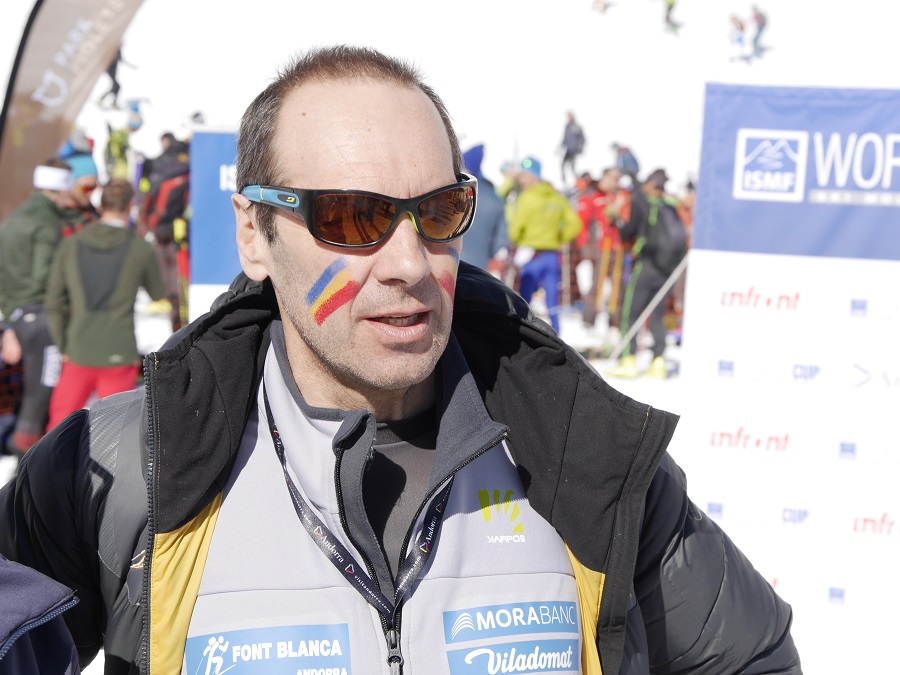 The President of the Andorran Federation of Ski-Mountaineering (Federació Andorrana de Muntanyisme), Jaume Esteve, told all-andorra.com that in terms of the upcoming Winter Olympics-2022, SKIMO (Ski-Mountaineering) could be on the list of Olympic disciplines.

“This year, Andorra once again held one of the stages of the ISMF World Cup Font Blanca competition, which in 2018 began in the Wanlong ski resort in China – now the candidate for hosting the Olympic Games in 2022. It should be noted that the International Ski Mountaineering Federation (ISMF) held the competition in China for the first time. The competition continued in Swiss Villars, then athletes from 13 countries arrived at the Vallnord ski resort in Andorra.

In addition, open competitions were held in Andorra on January 28, in Arinsal, where 117 athletes took part. There were vertical races held on two pistes: one with an incline of 730 m (men, women and young men) and the other 465 m (girls). Individual SKIMO races in Arcalis were cancelled due to strong winds and poor visibility the day before, on January 27.

The number of participants in open competitions this year proves that this sport is evolving, becoming more professional and more popular among highly-trained athletes. This is easy to explain – ski mountaineering gives you a great freedom – “with skis in your backpack” you can climb to any peak covered by snow, enjoy the beauty of landscapes far from civilization, and then with dizzying speed, descend.

For Andorra, holding such a competition is a matter of prestige. The organizing committee did a good job – for the first time in the history of the ISMF,  a live broadcast of the vertical race was conducted both on Andorran television in Catalan and in English via the official ISMF website and social networks.

Having a live broadcast is a very important event in terms of promoting SKIMO in the world. Promotion of this sport is a direct target of the ISMF. Countries that practice this type of sport aim to include SKIMO in the list of Olympic disciplines so that athletes can take part in the Winter Olympics in 2022.

There has already been progress regarding this issue – ISMF managed to include SKIMO in the list of disciplines during the Youth Olympic Games, which will be held in Lausanne (Switzerland) in 2020. So 2018 will be very tense for young athletes. Since only 24 girls and 24 boys can take part in the Youth Olympic Games, the athletes will have to win a number of victories in the three continental championships of North America, Europe and Asia, in order to have the honor to represent their countries for the first time in the upcoming Olympics.

To make SKIMO a full-fledged Olympic discipline – that is, to give an opportunity for adult sportsmen to compete at the Olympics – we need, first of all, to improve the flow of information about this sport, to make it world-famous, without forgetting, of course, the high quality of organization and conduct of competitions . And we will continue to work actively on this. ”