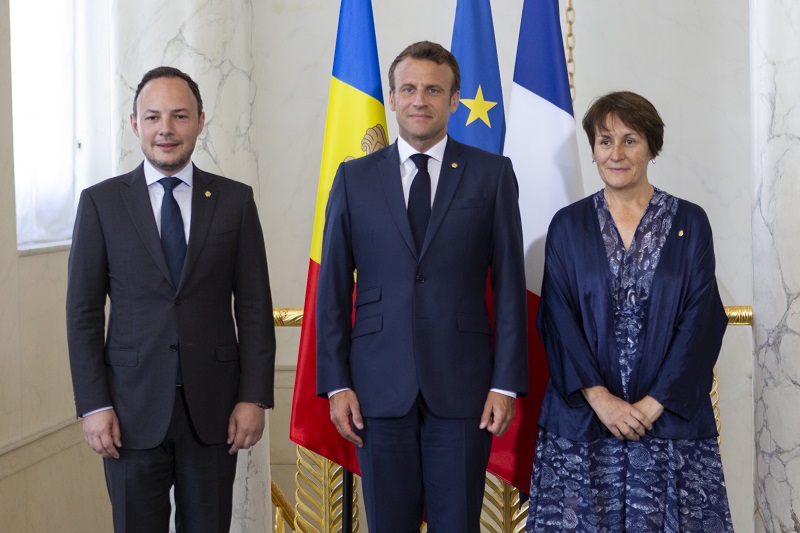 Co-prince of Andorra and French President, Emmanuel Macron, announced his visit to Andorra on September 13. It will be his first official visit.

The visit was announced following the meeting of Emmanuel Macron with the head of the government of Andorra, Xavier Espot, and the general syndicator, Roser Suné, in the Elysee Palace.

The parties discussed political, economic and social issues and outlined the work prospects for the next few years.

Andorra’s Head of Government told the co-prince about the configuration of the new coalition government, consisting of three political forces that unite the central, liberal and reformist ideologies.

Emmanuel Macron, in turn, expressed his intention to continue work on the negotiations for the Association Agreement of Andorra with the EU and confirmed the full support of France in this matter.

The visit also touched upon the upcoming Ibero-American Summit in Andorra in 2020 under the slogan “Innovation for Sustainable Development – Goal 2030”.

Emmanuel Macron also expressed his readiness to support Andorra in matters of security within the framework of the agreement on cooperation between the police of Andorra and France.

The question of a joint multinational UNESCO World Heritage project concerning the historical values of Andorra was also considered.

Regarding aspects related to bilateral relations between Andorra and France, during the meeting, the leaders of both countries noted the traditional cooperation between the two countries in the field of education.

Among other topics, questions were raised regarding the growing demand from Andorran youth for higher education facilities in France, the fight against climate change, and the development of alternative energy sources.