In September 2013 we hosted the first joint event in the mountains with more than 200 members of the Association Hi Arribarem and volunteers, and about 30 people with disabilities • ALL ANDORRA 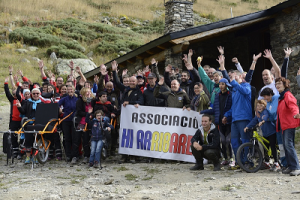 In September 2013 we hosted the first joint event in the mountains with more than 200 members of the Association Hi Arribarem, alongside volunteers and about 30 people with disabilities. It was located in Naturlandia, and the event was attended by the Andorran singer Patxi Leiva.

From 2013 to 2015, the Rotary club organized three charity lunches, including a wine raffle. The money raised was used to purchase three wheelchairs, suitable for use in the mountains in summer.

During one Saturday and one Sunday in September 2014, the second trip into the mountains took place in Sorteny Park. After the walk, we organized a lunch at the restaurant “La Coma” – one of the restaurants in the ski resort Arcalis. The event, which was called “Arrossada de muntanya”, was attended by 200 people. With the support of the Association Terapia Icap we held a special training session focused on using the methods of canistherapy (animal-assisted therapy).

One activity which was demonstrated during the session, was how to help guide our participants through a special obstacle course with the aid of guide dogs.

This event was made possible due to the financial support from Ordino’s local government, the Department responsible for Sorteny National Park and with the support of volunteers and families who helped us in the organization. The event would not have taken place without the participation of all these people – both adults and children.

In September last year we organized the third trip to the mountain. Following tradition, it also took place in Sorteny Park. This time participants were divided into two groups. One group of about 40 people, including 10 people with disabilities, followed the route up to lake “Estanyo” (journey time about 3 hours). The second group also consisted of 40 people and they went to the Park to take part in adapted games and entertainment. The event lasted for two days. 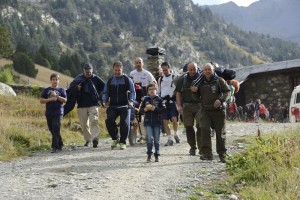 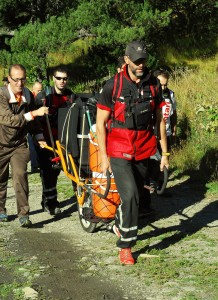 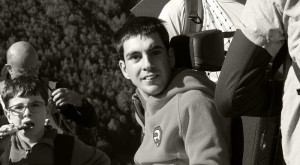 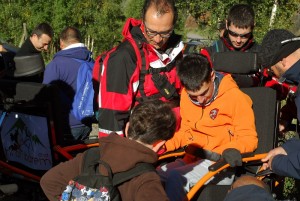 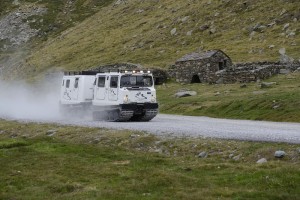 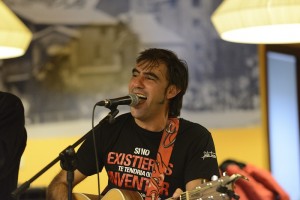 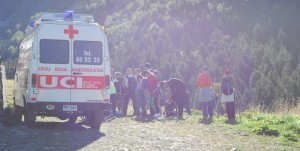 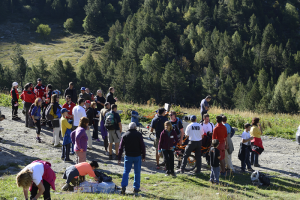 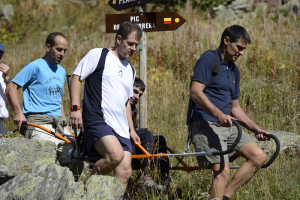 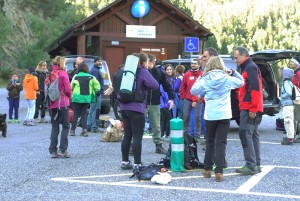 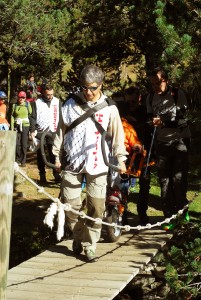 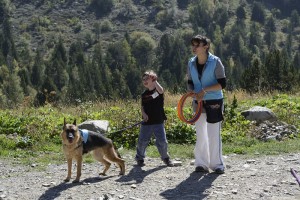 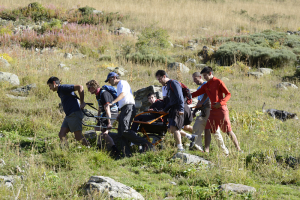 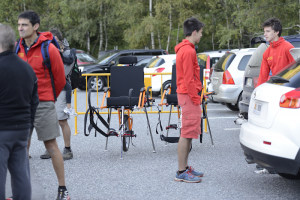 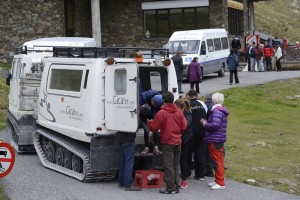 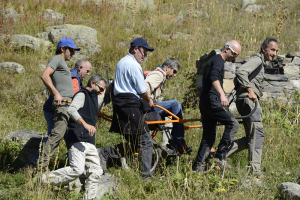 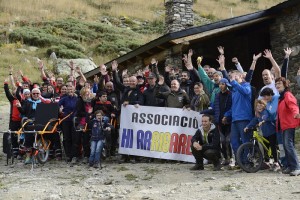 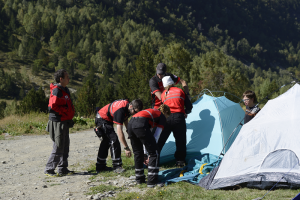 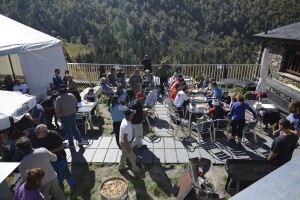 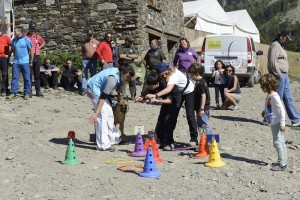 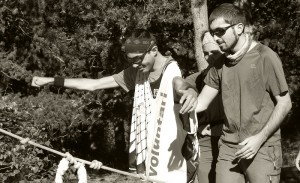 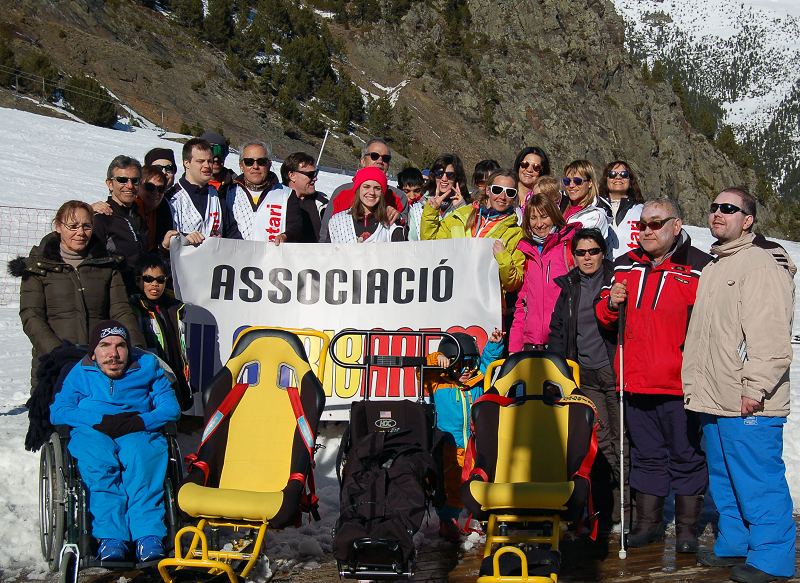 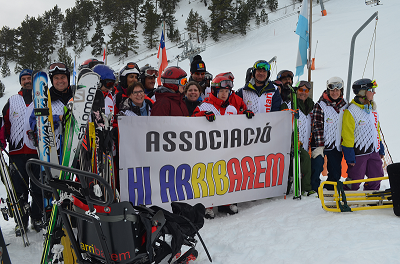 In January 2014, Hi Arribarem began to cooperate with the French company that manufactures customized chairs for people with disabilities (GM System) for outdoor activities, including skiing 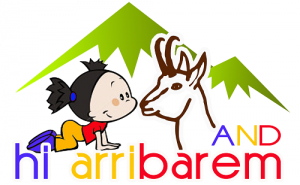