In Andorra the specialities are meat, fish, seafood, foie gras and mushrooms, says the chief of one of the oldest traditional restaurants of Andorra, Marc Benet • ALL ANDORRA 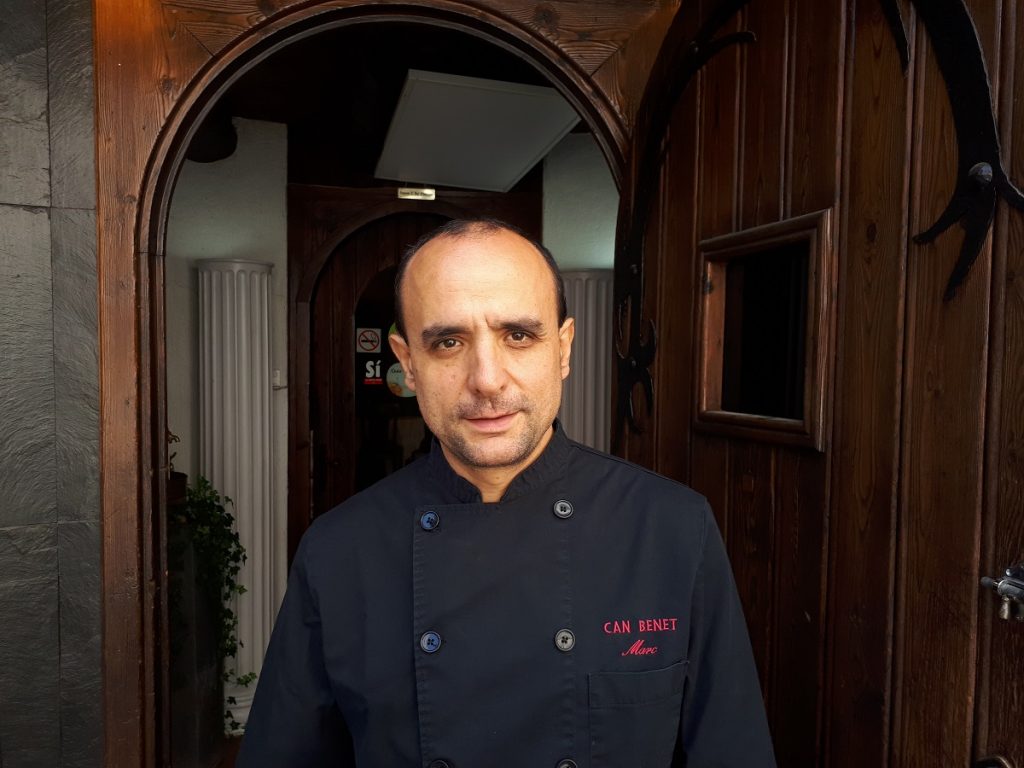 Can Benet is one of the oldest family restaurants in the country that offers Andorran cuisine. It is located in the historical part of the city, next to the government and parliament of the principality. Andorran politicians and businessmen often have their lunch at the restaurant, and three years ago the restaurant was visited by the ex-president of France, Francois Hollande, during his official visit to Andorra. Chief of the restaurant Marc Benet told all-andorra.com about the features and traditions of Andorran cuisine:

“Can Benet is a restaurant that occupies two floors of a 17th century stone building. It can be said that this is one of the oldest restaurants in Andorra. As in most of Andorra’s traditional houses, there used to be a cowshed on the first floor and people lived on the second floor.

Our restaurant opened 22 years ago. At first, my father was the chef, and later on, I decided to continue the family tradition: for three years I studied in Barcelona at the Escola de Restauracio i Hosteleria, and after my graduation I became the new chef.

Amongst our regular clients are ministers, businessmen and politicians. The head of the government of Andorra, Antoni Marti, often comes for dinner with his guests. We were also visited by the former French President Francois Hollande during his visit 3 years ago. Why? I know that this was a personal recommendation from the head of the government of Andorra. Francois Hollande, by the way, ordered a dish from our classic menu – nothing particularly extraordinary.

We specialize in classic Andorran cuisine. I can say that this is a mixture of French and Catalan culinary traditions. We offer many dishes with meat and fish, in our menu there are mushrooms and dishes made with foie gras. Our menu depends on the season: depending on the season, we offer artichokes, oysters, langoustines, lobsters, shrimps…

We buy our meat in Spain or the USA – in particular, in the state of Nebraska. We cook black angus steaks (black angus being the breed of the bull). In Spanish, the breed is called Wagu. This is a marbled meat, which contains almost no fat, and is more tender and juicy resulting in a delicious flavour. The animals on the farms where we buy the meat, are given beer to drink instead of water, and have music playing in their fields.

As for fish and seafood – we buy it in Catalonia. Almost all the products we use are from Spain.

We do not have vegetarian dishes. They are not very popular in Andorra and are not in high demand.

As for desserts, the most traditional is crema catalana and a flambé with cheese. We prefer to buy cheese in France.

Every year our restaurant participates in the gastronomic festival Andorra Taula – this year it will be held in November and December. Our tasting menu costs 35 euros – each year it’s different dishes. This year we will offer a menu of six dishes.

In my opinion, there are not so many good restaurants in Andorra anymore – no more than five. I mean restaurants where you can really eat delicious food. And among those, none have any Michelin stars. In Andorra there are not many connoisseurs of “high cuisine”. One such restaurant opened in Caldea a few years ago, but it closed down due to a lack of customers.

If you ask me if I have any cooking secrets, I would answer – no. My secret, probably, is that I just love cooking! ”