In Andorra in April 6-11, 2015 there will take place the third festival of street musicians saxophonists • All PYRENEES · France, Spain, Andorra 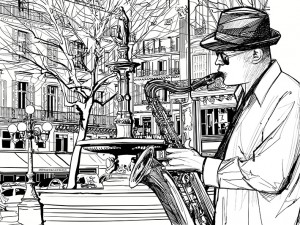 In Andorra in April 6-11, 2015 there will take place the third festival of street musicians saxophonists. In the program three master classes, four opened lessons, eight concerts, and also nine hours of competition on a rank of the best performer. 30 musicians and 150 contestants — young people aged till 30 years will participate in a festival. Among the declared contestants — musicians from Spain, France, Italy, Ukraine, China, South Korea and Japan. The winner of competition will be awarded by saxophone worth 6000 euros. Winners who will take the second and third places, will be awarded by 1000 euros and 700 euros respectively.

The competitive program will begin on April 8. It includes three selection stages. The final stage with only 6 musicians allowed, will take place on April 11 in the Congress center of the capital of Andorra.

60 thousand euros are allocated for carrying out a holiday from the budget of the principality.