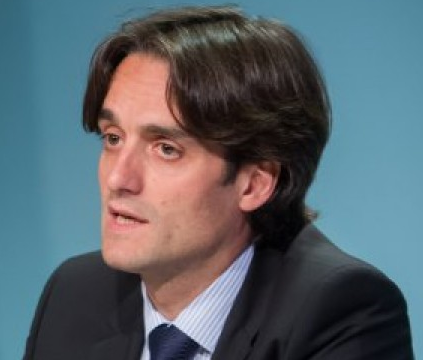 The State secretary for economic diversification of the Andorran government Josep Maria Missé speaks about foreign investments in Andorra and his expectations for 2016 in the interview to all-andorra.com:

What are the changes in the volume of investments since 2012? What are these investment projects? Who are the investors? What is the total investment?

According to the official information updated by the first quarter of 2015, since 2012 we have received requests for investments worth 193 000 000 €. In total there were 1380 applications. We authorized applications worth 175 000 000 € with 41 rejected applications. Some companies have already  been created, and at the moment they have already invested 91 000 000 €. This is the most important indicator. During the whole 3 years, 60% of investments came from Spain. But the situation is changing. If we analyze only last year, we see that the volume of investments from Spain and France became similar: 40% from each country. The volume of investments from Central European countries grew very fast. In 2015 we got the final 20% of investment mostly from counties such as Switzerland and Germany.

As for sectors, we have a lot of investments in creating family offices. We also have companies doing international import-export business and we grew very fast in the health sector.

Throughout last year, many companies came to our country to offer new services both to the Andorran and  the foreign population in different areas including ophthalmology, dermatology and aesthetic surgery. We have realized that it is better to focus on quality rather than quantity. We think this should be our purpose, and we are working hard to achieve it.

What are the largest investment projects that took place during these three years?

We will focus on small projects, that will help us to build a stronger economy, rather than on large projects. We have many small companies making 1-3 million € investments. For example, each health operator makes investments worth minimum 2-3 million €.

There is a new center Salita near Caldea-INUU, for example. How large is it?

Are there any countries that are ‘blocked’ from investing in the Andorran economy?

We don’t have any limitations. We just warn all investors that they must comply with international transparency laws and money laundering protocols. We don’t have preferences. But these countries should be willing to cooperate with Andorra.

Why did you reject the 41 investment applications that you mentioned earlier?

Normally the main reason was a transparency issue – a source of money was not sufficiently traceable. Sometimes it was because of the business purpose. There are some restrictions in Andorra. We don’t approve projects that don’t respect the environment.

What are the quotas for the registration of companies who fall within the 2% profit tax rate?

A question for our French readers: How exactly does Andorra position itself in the French market to attract French investments? Do you have an advertisement campaign?

Not yet. We are working within the frame of the ACTUA program, where public institutions join forces with the private sector, with one clear objective: to maximize the potential of the Andorran economy. That way we promote Andorra for international investors. We have started working on our strategy in Spain and now we are doing the same in France. This is a part of our general communication strategy. The main idea is that we don’t want to promote Andorra as a low tax country or a tourism destination. We would like to advertise all our advantages as a whole.

What kind of advantages are you talking about?

Which type of investment does the government of Andorra consider as it’s priority?

Recently Antoni Martí spoke about three large projects for investments in the healthcare sector. Please tell us more about the Center of obstetrics and gynecology (Institut Marques), the Oncological center (Institut Oncologic Baselga) and Institute of cardiology (Institut Cardiologic Brugada). What is the volume of investment? Will they use innovative technologies?

We are working on the details of all these projects. We have reached agreements to start them in Andorra. Each medical operator needs to find a location for their business; some of them are trying to deliver the services within Andorran hotels services. We expect that all these projects will begin in 2016. From our side we will work as quickly as we can.

Recently the amendments to the law allowing private investors to take part in Andorra’s   energy sector development projects were adopted. Please could you elaborate on this.

We created a new law to allow investors to produce water-powered energy. This initiative has already  been  approved by the Andorran government. There is a 10 year  plan to develop the Andorran energy sector, and according to this plan we need private investments. There are some proposals presented by investors.

Anyway we have to work harder because we need to reduce our external dependence on energy. Today Andorra buys 85% of its energy and only 15% it produces by itself. We need to double our energy production.

What kind of alternative energy market development does the government consider as priority (thermal, solar, wind energy)? Is there an interest in these projects from investors?

Currently, we are developing a pilot-project in Soldeu, consisting of a liquid gas project that provides heat and creates electrical energy at the same time.  It’s being developed by FEDA, the electrical national company, and it is called Ecoterm.

We need to clarify if the project in Soldeu can be expanded to cover the whole country.

What organisations  in the Andorran government are responsible for bad quality and nonprofessional work of the services connected with registration of companies by new investors? Are there any real levers on government institutions, and also banks, for registration process acceleration?

Also we have a special organisation which includes different ministry’s representatives. This is ACTUA. This structure tries to help investors, supports them and explains the easiest way to work in Andorra.

So, it means that if something goes wrong (the registration process seems to be very long, for example), can a potential investor  complain about bad quality of services to ACTUA?

Exactly. We try to support and help all the investors.

Does it concern bad bank services?

We do receive concerns about banks, but we are talking about a private business and they have their own quality services standards to abide by.

From your point of view, what is the standard duration of “turnkey” registration of a company for an investor?

Normally it takes 28 days on average.

Today the Andorran banking system is represented only by banks of Andorran origin. As international experts say, it is obviously a “noncompetitive” environment for new investors, especially with large projects. Do Andorran banks, specialized only in “private banking”, have enough resources and qualifications to offer good quality services for a huge number of new investors who want to open their businesses in Andorra?

Anyway, I wouldn’t say that Andorran banks are “non-competitive”. They were traditionally concentrated on private banking services, worked for saving money and gave small credits. But the world is changing and Andorran banks are changing as well. They have started offering new products for clients, creating specific departments to handle foreign investors etc. However, Andorran banks do need to adapt themselves much faster and start investing in new projects.

Do you think it would be good to have any foreign banks in Andorra?

Actually, one of foreign banks already has a majority of foreign capital. If other foreign banks are willing to come to Andorra they will be able to do it, that’s why we would like to open up the Andorran economy. The balance between local and foreign projects is a good option for us.

Are there any requests from foreign banks?

Why do you think this is?

We are talking about a very specific sector submitted to complex and demanding regulatory frameworks.

Does it mean that all financial sectors of the Andorran economy are unappealing to foreign investors today?

In order to get foreign investors to make the first step, we have to develop new projects and new sectors.

What are the main requirements for creating a new financial institution in Andorra?  Is it true that the license costs 16 000 000 €?

The main requirement is to apply for the corresponding license according to the regulations concerning the different types of financial institutions.

What does the government of Andorra do to make the banking sector of Andorra more competitive to attract foreign banks?

Andorran banks need to get access to the European financial market. And we try to provide them with this association by an agreement with the EU. We strongly believe that it will make them more competitive because they will get a chance to sell their services to exterior customers as all European banks do.

What steps are taken by the Andorran government to smooth over the scandalous situation with Banca Privada D’Andorra?

We are in a process of resolution of the entity. The idea is to create a new entity with all legitimate clients and assets and liabilities. This process follows a very strict criteria and is being conducted by a prestigious independent consulting firm, PriceWaterhouseCoopers (PWC).  The resolution process has followed the steps stated in the Andorran banking resolution law, which is an adaptation of the EU directive 2014/59. This is important to give readability and thus credibility to the process. The sale of the new entity should take place before the end of March 2016.

Were other Andorran banks checked after this scandal?

This situation only affected BPA. Controls and supervision are designed to implement the AML provisions, and are the same as in the EU, provided by the Monetary Agreement in place, signed in 2011. Last September MONEYVAL (Committee of Experts on the Evaluation of Anti-Money Laundering Measures and the Financing of Terrorism, a monitoring body of the Council of Europe) agreed to move Andorra from the 4th round to the 5th round, which is good news for the jurisdiction.

Do you trust Andorran banks completely?

The fact that one bank did something wrong in the past doesn’t make us suspicious of the other ones.

What Andorran companies are listed on the international stock exchange markets?

There are no such companies at the moment.

Are there any Andorran companies which plan to make Initial Public Offering (IPO) in the near future?

No as far as I know.

How publicly available is information on beneficiaries of the companies registered in Andorra? Who can access it and how can it be found?

This is public information. Anyone can access this information if they are interested and request it from the Economic department of the Andorran government.