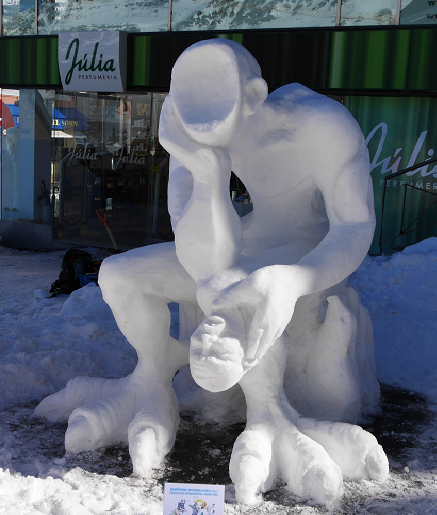 Pas de la Casa will host the latest edition of the monumental snow sculpture competition, which aims to raise public awareness in this form of artistic expression and, at the same time, provide a tourist attraction in the village. This year, the contest will revolve around the issue of women. The participating teams will be organized in pairs to model the snow blocks, with the possibility of having a substitute. Participants must be over 18 years old. The task of sculpting the work will begin on Friday, 8th February at 10h and will last until Sunday, 10th February at 12 noon. The blocks of snow must be used to the maximum in their mass and volume, and the only material allowed is the block itself.

On Sunday, after 12 noon, the jury will evaluate the sculptures both for their creativity, as well as for the technique and coherence of the proposal. Professional participants may opt for 1,000€, 700€ and 500€ prizes, while students will compete for 500€, 250€ and 100€. In addition, three awards of excellence will be given: Andorra, which will be awarded by the Comú d’Encamp; the Audience, which will be chosen through the popular vote, and that of the young public, chosen by the students participating in the contest. The event is subject to weather conditions and snow conditions.