How to be successful in life. What Andorra can offer to get success? • All PYRENEES · France, Spain, Andorra 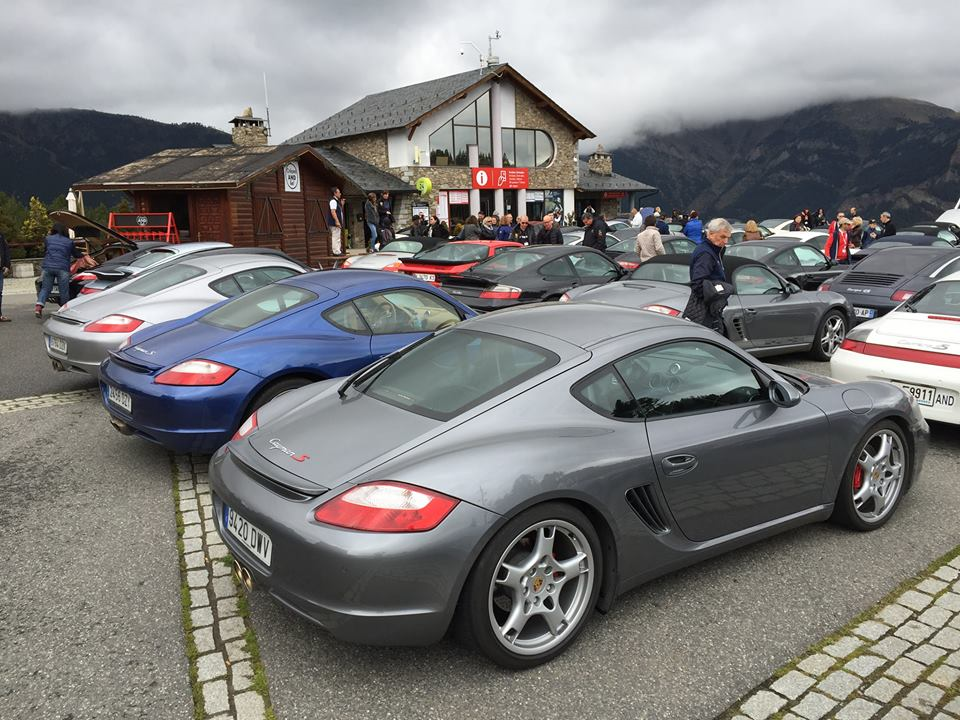 How to be successful in life? What can Andorra offer you in order to reach success?

Everyone wants to be successful. This is an absolutely normal aspiration, explained by human nature. At any conscious age, we experience spiritual hunger and need love, respect, encouragement, recognition or even admiration. But is it enough to be rich to regularly experience these feelings? And is it possible to fully enjoy love, friendship, fame without money, and show proper care for relatives and friends? The answer is obvious: true success in life is the harmony of the material and spiritual components, the ability to enjoy every day lived and rejoice at the attainment of the goals set.

It is also important where the person lives, alongside who and what surrounds them. Achieving success is easier when you live in harmony with the place that surrounds you.
__________

Andorra is very favorable in economic terms. Over the past three years, foreign investments have come to Andorra in the amount of about 200 million euros from countries such as Spain, France, Switzerland, Germany, and the countries of Central Europe. It has increased the welfare of Andorrans and opened even more possibilities for it’s residents to become successful.

Andorra is the most visited country in the world, according to the World Bank, shown by the number of tourists to the per capita total.

Why do people and money go to this country?

The tax burden on businesses in Andorra is the lowest in the world and in Europe. The income tax in Andorra is fixed at 10% (0% if the family income does not exceed 24,000 euros per year, or 5% if the income per family does not exceed 48,000 euros per year). In Spain, the progressive “floating” income tax rate (regardless of income) ranges from 19% to 45%. The rate of income tax is the reason for the increased flow of immigration from Spain’s middle classes to Andorra.

Indirect taxes (VAT) in Andorra are fixed at 4.5%. In Spain, floating VAT rates range from 4% to 21% for basic products. 10% of the tax is imposed on basic food, medicine and transport. The magnitude of indirect taxes is the reason for the immigration of people from all social classes in Spain to Andorra. Corporate income tax is 10% with the possibility of a reduction up to 2%.

Andorra is listed among the top 25 countries in the world best for doing business, according to the International Living Index.

Andorran banks are among the 20 most reliable banks in the world. Andorra provides an opportunity to open a numbered bank account (with no name) with minimal negative effect since the introduction of a global system for automatic exchange of tax information – meaning the “bank secrecy” is still strictly preserved in the country.

In order to achieve success in life, we must ensure both political stability and the absence of crime. According to the World Bank’s report, Andorra ranks fifth in the world in terms of “political stability” and “no criminal situation” (index 1.32). The crime rate in Andorra, including street crimes – pocket thefts, car jacking and petty hooliganism, is almost zero.

As the safest country in the world, Andorra preaches a policy of neutrality and has not been involved in military conflicts for more than 800 years.

Andorra la Vella is the highest European capital above sea level. Andorra is a country with an ideal ecological situation. On the territory of the principality there is no industrial production and almost 30% of the territory is a national park under the protection of UNESCO.

Andorra is also on the list of the safest countries in the world for living with children. Here you don’t need to worry about the safety of your children when they spend time outside the house. The safety rules established in schools are strict, and the possibility of unauthorized persons entering the educational institutions of Andorra is completely prohibited. An hour before and after school, the access roads to schools begin to be patrolled by policemen to uphold this.

As you know, success in life is impossible without sport and feeling good. It is proved that sports stimulate the strength of will and endurance, which are very helpful in reaching success in life and business. In ancient times people said: “In a healthy body – a healthy mind.” This means that the working results and effectiveness of people who regularly engage in sports are much higher.

Andorra – a great place for sports – both in winter and in summer. And in the open air! In winter, Andorra is known for its ski resorts: Grandvalira and Vallnord provide the largest concentration of ski lifts per square meter in the world with a capacity of about 160 thousand people per hour. The Grandvalira ski resort alone occupies 1,926 hectares and has 112 descents, being one of the largest ski resorts in the world.

In summer, Andorra offers cycling, golf courses in the highest mountain area in Europe (altitude 2250 m above sea level), via ferratas, horseback riding, hiking in the Pyrenees mountains (about 250 km of routes of varying difficulty) and much more…

So, Andorra offers endless possibilities to reach the success we all aim for.