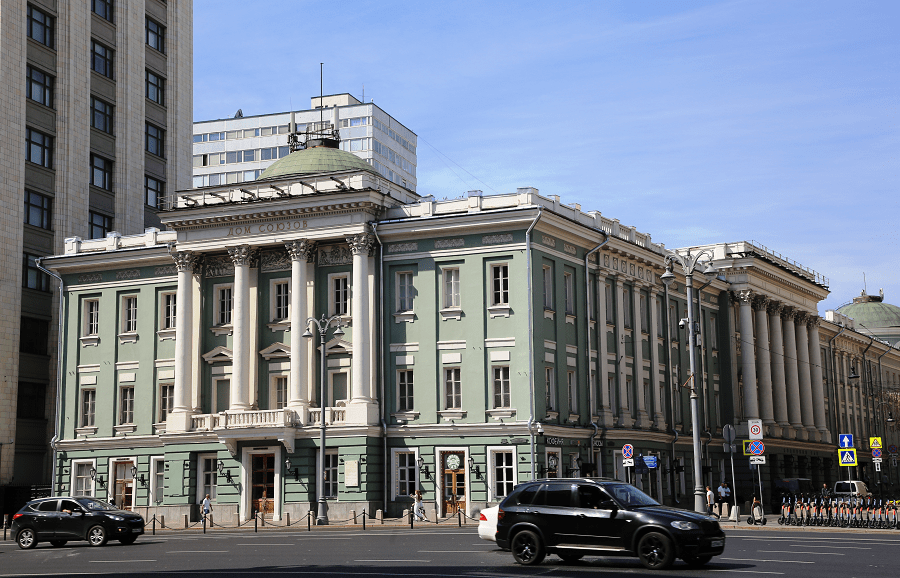 House of the Unions (House of the Noble Assembly) – a public building on the corner of Okhotny Ryad and Bolshaya Dmitrovka in Moscow; a monument of classicism of the late 18th century.

Initially – the estate of Prince Vasily Dolgorukov-Krymsky. It was bought by the Noble Assembly in 1784 and rebuilt by the architect Matvey Kazakov. 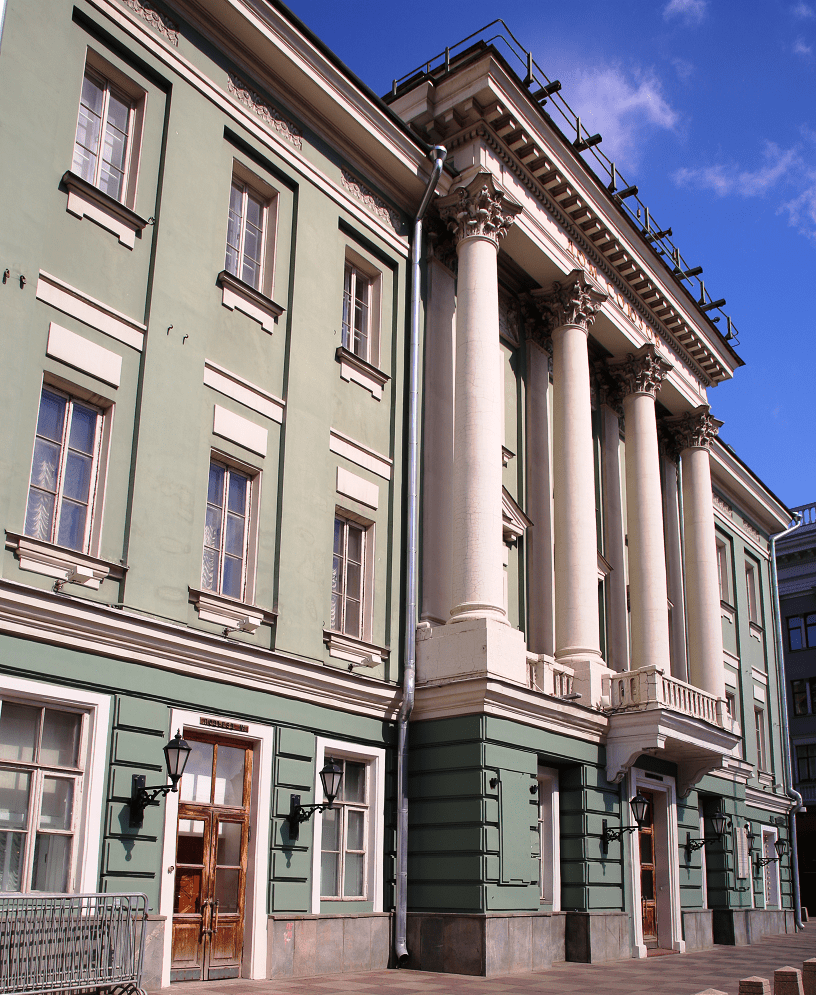 After the revolution, the building housed the Central Council of Moscow Trade Unions, and the building was renamed the House of Unions.

Funerals, concerts, festive events, conferences and seminars are held in the Hall of Columns as of 2022.

On September 3, 2022, a farewell to the last General Secretary of the Central Committee of the CPSU and the only President of the USSR Mikhail Gorbachev took place in the House. 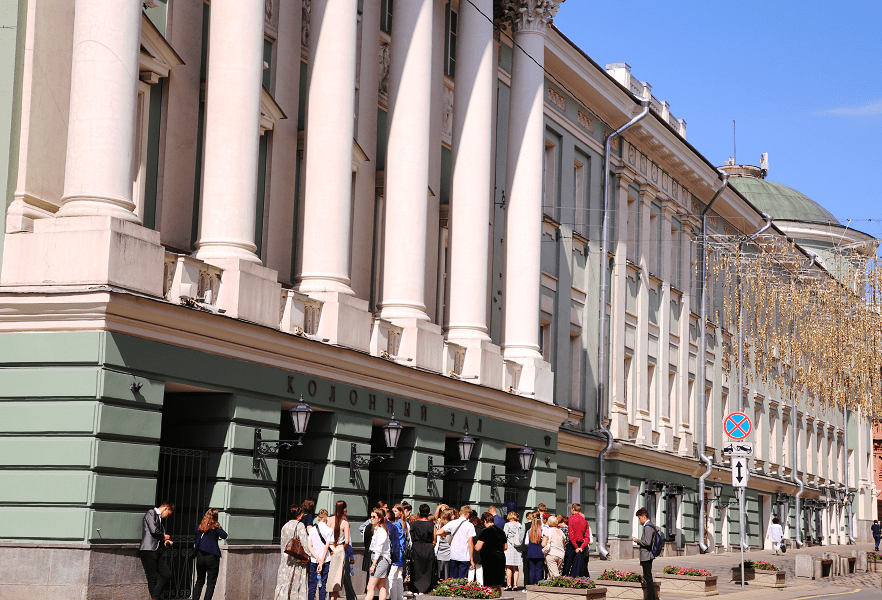