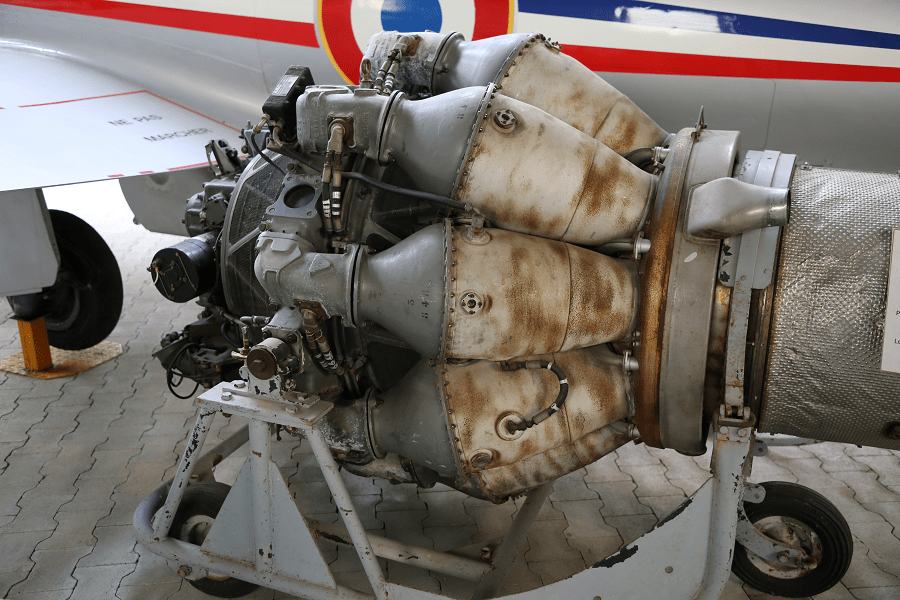 The Rolls-Royce RB.41 Nene is a 1940s British centrifugal compressor turbojet engine. The Nene was a complete redesign, rather than a scaled-up Rolls-Royce Derwent with a design target of 5,000 lbf, making it the most powerful engine of its era. It was Rolls-Royce’s third jet engine to enter production, and first ran less than 6 months from the start of design. It was named after the River Nene in keeping with the company’s tradition of naming its jet engines after rivers.

The exhibited version is made by Hispano-Suiza under the Rolls-Royce licence. 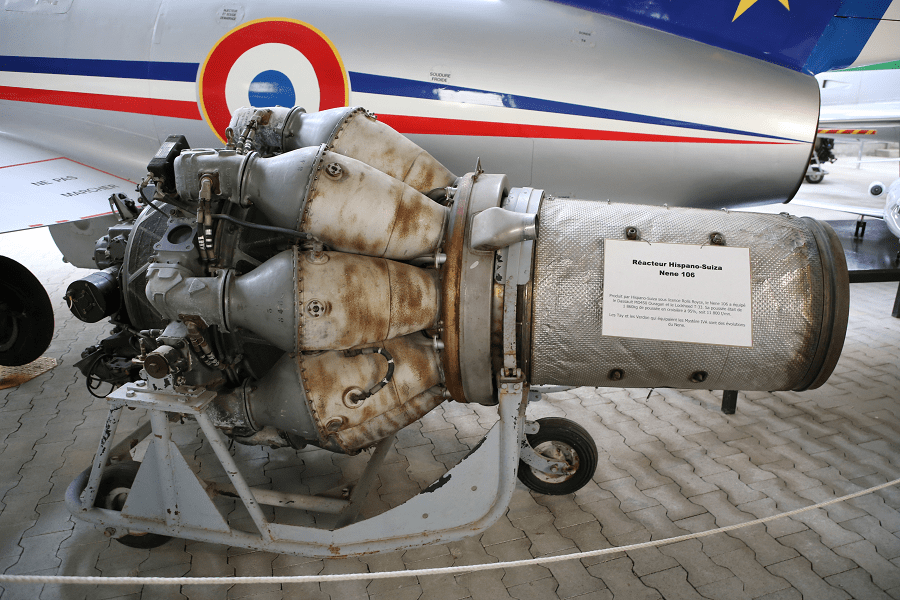