Heliport in Andorra for commercial flights will be launched by 2017 • All PYRENEES · France, Spain, Andorra 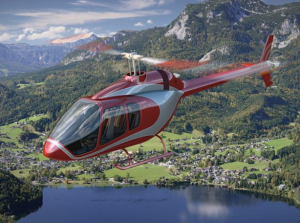 Heliport in Andorra for starting regular commercial flights — is one of priority state projects. As expected, it will be realized by 2017. It was declared by the minister of public administration, transport and telecommunications Jordi Alcobé at a press conference with presentation of the strategic directions of the ministry. Now two possible places are at discussion: around La Camella (in the capital Andorra la Vella) and near Engolasters lake (the next district Escaldes-Engordany).

For implementation of the project it is necessary to conduct a number of researches, in particular, aerological. Following the results of researches it will be solved what of these two platforms is optimum. It is planned to finish all researches by the end of this year. Now one can book only the service of VIP transfer by helicopter from Barcelona or Toulouse to Andorra by private company Heliand. Look for details here

In the first half of 2016 construction will begin. In the same time the government of Andorra intends to announce the tender for the right of concession (state-private) managements of regular flights.

The minister also declared the increasing interest of air operators in service of flights to the airport of the Spanish city of La Seu d’Urgell, neighboring to Andorra. According to him, the choice of operators more depends on tour operators who work directly with Andorra. “Work has to be conducted so that there was an opportunity to guarantee implementation of regular flights as inside, and out of borders of the Schengen area”, – Jordi Alcode noted. Look for details about new airport in La Seu D’Urgell here

In relation to the transport sphere, creation of infrastructure of the public transport providing a passenger traffic between the airport and Andorra will be not less important question. By September, 2016 it is planned to start the bus express rout. Work on launching in the principality of new bus station is in progress now too.

According to the minister, the government of Andorra also intends to stimulate increase in sales of electric cars, encouraging buyers with programs of bonuses and discounts.