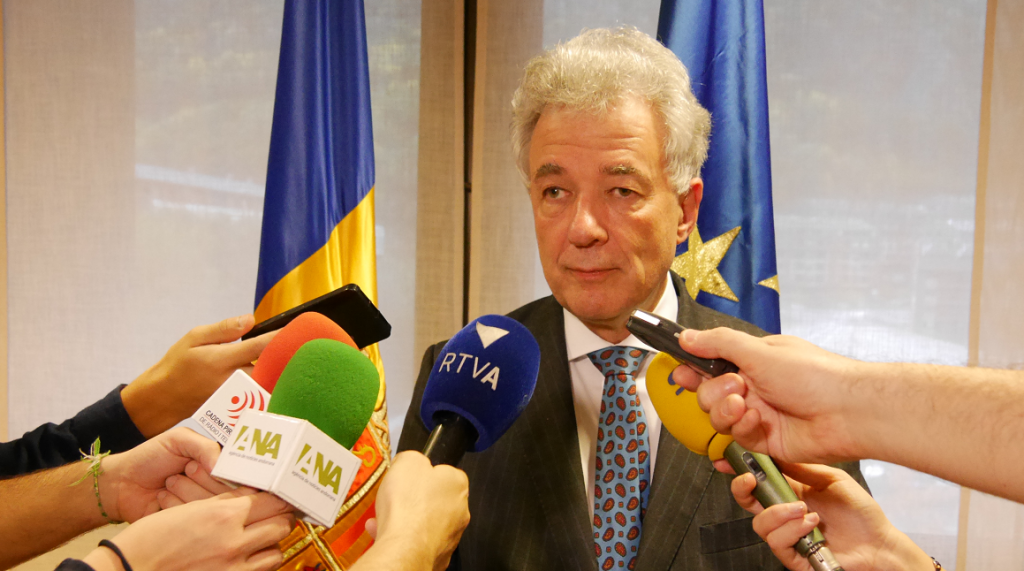 The head of the European Action Service, chief negotiator for the EU agreement on free trade within the EU Association with Andorra, Monaco and San Marino Thomas Mayr-Harting visited Andorra. He held several meetings to discuss the continuation of the negotiations on the free movement of goods.

According to Thomas Mayr-Harting, these meeting is a continuation of the talks of the head of Andorran Government Antoni Martí with the European Commission President Jean-Claude Juncker and the President of the European Council Donald Tusk last month.

In perticular, the negotiations were attended by the Foreign Minister of Andorra Gilbert Saboya and the Andorran Ambassador in the EU Maria Ubach, Minister of Finance of Andorra Jordi Cinca, Minister of Environment and Agriculture Silvia Calvó, Secretary of the State for Justice Eva Descarrega.

Gilbert Saboya said the aim of the negotiations – to find a balance between the interests of the parts.