During this ski season we sold almost 1.7 mln ski passes, that is 3% more than last year, reported CEO of Grandvalira Nevasa Nuria Tarré • ALL ANDORRA 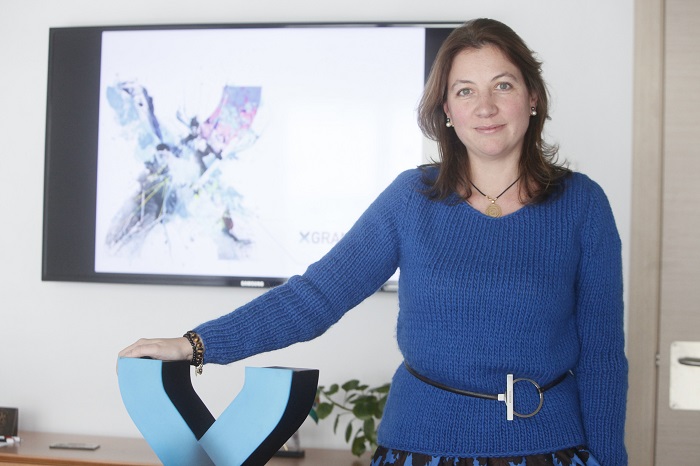 What are the results of this ski season? What international sport events took place at Grandvalira this season?

We closed the season in April, 12. Basically, every year we try to get relevant international events. The main purpose of these events is to promote Grandvalira’s brand internationally. More or less, every year we have 3 or 4 such kind of events. This season we had Speed Skiing World. We had Freeride World Tour Championships of juniors as well, the Alpine Skiing European Cup Finals, snowboard freestyle competition (Total Fight) and the same competition for skiers – «Free ski» competition.

Actually, the most popular time for big sport events is January-March or early April. Next year is going to be very special. Usually on December we don’t have any sport events agenda, but 2015-2016 season will be different. For this moment, we have already announced two big Freeride World Tour events (the competition stages) as well as Alpine Skiing World Cup (females). The last one is a major for Andorra.

Is the dynamic of number of tourists visited Grandvalira positive or negative this season?

We already have the results. We sold 1663875 ski passes during this season, 3% more of the last year. It was a complicated season. Snow arrived late. Usually we try to open a season at the last weekend of November (like last previous seasons). This season was opened only on 5th December and we were not able to open all resorts because it was very few snow. Additionally the French border was closed for at least 10 days since the end of February till the beginning of March because of snowfalls. Moreover, Russian market dropped of about 49% this season.
The majority of our customers are tourists from Spain. We also have many tourists from France, Portuguese, UK as well as Israel, Poland, Sweden, Norway etc. Depending on the country the growth is about 5-10%.

Whether you plan carrying out advertising campaigns and in which countries?

We promote our ski resort different ways. We have direct ad campaigns of Grandvalira in international market. Mostly we are focused on Spain and France. Than we have an agreement with Group of ski resorts of Andorra (it called «Ski Andorra»). So we have a common budget to promote the country abroad in particular in UK and Poland market. The Tourism world of Andorra as well spend money in Russia.

Are there any plans to improve Grandvalira infrastructure? For example, do you plan to increase number of slopes?

Every year we invest approximately 7-9 million euros, more than a third or even a half of it goes to make some important changes to provide a top level security because it’s a priority for us. The rest of investments goes to commercial system and restaurants improvement, new services creation, different entertainment events organization etc.

According to 2015 International Report on Snow & Mountain Tourism (Laurent Vanat consultant) now Grandvalira has always a position between 15-20 ski resorts in the world. Two years ago we had a position number 20 out of 2500 ski resorts in the world. There are only 47 resorts which have more than 1 million visitors per season. For instance, last season we had 1.6 million visitors and it is a significant number. To keep this place which is very competitive we need to keep on investing money in the resort.

What kind of new services you are going to develop?

It could be new products for kids, for kindergarten infrastructure as well as new restaurants, new activities area.

What is Grandvalira tariff policy? Is it going to be changed next season?

Tariff information for next year will be disclosed by November.

Whether you are interested to involve international investors for development of infrastructure?

What are the main advantages of Grandvalira in comparison with the best ski resorts of Switzerland, France, Italy or Austria?

One of the main criteria that people a looking for is usually the size of a resort. Grandvalira is a very big and divers resort with 210 km of skiing tracks even in comparison with top ones of Austrian and Swiss resorts. The weather in Andorra is usually better so the quality of the snow is usually good. The prices are also more favorables. However most of people come to Grandvalira for the first time are pleasantly surprised. We have different kinds of areas – I mean we have woods areas, freeride ones etc. Another big difference is a fact of being in Andorra and plenty alternatives except skiing. In Austria or Switzerland ski resort village you have practically nothing to do if the weather is bad. Here in Andorra you have many other opportunities to spend time.

Are there any disadvantages by the way?

Honestly, from my point of view, the only one is an altitude of the highest part of the resort. It is lower than in Alps resorts. We do have a quite good product and location. But we actually have to improve the variety of hotels. Even that we have very good hotels, it is true that we have to do some changes. Because of crisis a few years ago it was not easy to find money for such investments. Most of hotels are privately owed.

What about new markets? Which countries are you interested in as your potential clients in the future?

We are performing commercial activities to represent us abroad. We are exploring foreign market in South America, in particular, in Brazil, and Asian market as well.

Do you cooperate with other ski resorts?

Grandvalira always searchs for ways to surprise its customers and has joined forces with the prestigious Chamonix Mountain Guides association to offer the possibility for all snow lovers to discover new locations. With this in mind, we have created a series of itinerates, approved by the Chamonix Mountain Guides association, aimed at those who love the mountains and meet a certain physical and technical level. These are itineraries that combine mountain skiing and the most authentic sensations of freeride with culture and some unique scenery. So we propose travelling to the Southern Hemisphere, to Argentina, and enjoying mountain skiing, kayaking on enormous lakes surrounded by snow and camping out in the mountains under a star-filled sky. The duration of the program is available from 15 July to 15 October.

What are the plans for the upcoming summer season?

Grandvalira doesn’t have a very strong activity in summer. However we have some activities starting in June. In the area of Encamp we usually have a Funicamp mountain lift opened to raise people for tracking activities. But it is not 100% confirmed for this summer. We also have a mountain bike park and golf club in Soldeu as well as big Family Park in Canillo. The full agenda of activities in summer will be completed in a month.