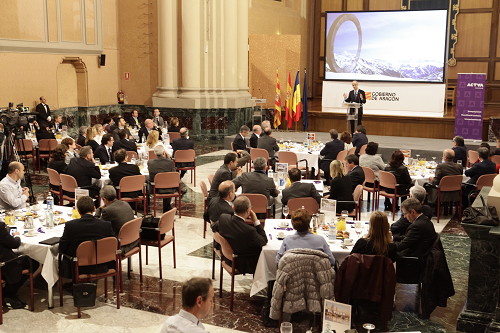 Government delegation of Andorra headed by Prime Minister Antoni Martí, accompanied by Minister of foreign Affairs Gilbert Saboya and the Ambassador of Andorra in Spain Jaume Gaytan made an official visit to the Spanish city of Zaragoza. This visit is a response to the invitation of the Chairman of the government of Aragon Javier Lambán. The purpose of the visit is the development of trade relations between Andorra and Aragon.

Javier Lamban expressed readiness to strengthen bilateral economic relations with Andorra, and noted the importance of existing cooperation between Aragon and Andorra in the framework of the Community workers of the Pyrenees (Comunitat de Treball dels Pirineus). Antoni Martí, in his turn, expressed the need to strengthen economic, social and cultural relations between Aragon and Andorra, noting the transformation of the closed economy of Andorra and bringing its tax system and investment legislation to modern European standards. Antoni Marti recalled that Andorra was continuing active negotiations for the conclusion of the Association agreement with the European Union, which will enable the full participation of the Principality in the European market.