The government of Andorra allocates €15 mln for first aid training courses, which will be conducted by members of the Red Cross Andorra • All PYRENEES · France, Spain, Andorra 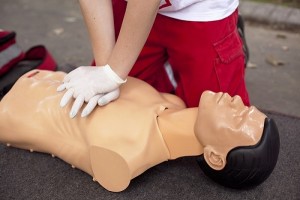 The government of Andorra decided to allocate about €15 mln for first aid training courses, which will be conducted by the members of the Red Cross of Andorra. The corresponding initiative was made by the Minister of justice, social and internal Affairs of Andorra Xavier Espot.

In particular, it is planned to conduct 50 training sessions for different age categories. First aid training courses for students of the final year of studing will be scheduled on a mandatory basis.

In addition, by the initiative of the Minister of foreign affairs of the Principality Gilbert Saboya, the Andorran government approved the amount of the annual contribution to the International Committee of the Red Cross – in 2016 it will be 40 thousand euros. The agreement on cooperation of the government of Andorra and the International Committee of the Red Cross was signed on 20th January 2012 until 2015. On 7th September 2015, the agreement was prolonged until 2019.