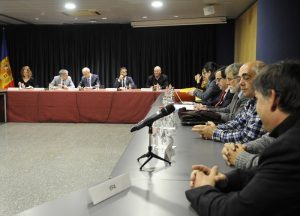 Andorran PM Antoni Marti met the representatives of the government of the principality in order to sum up the status of the negotiations on the conclusion of the agreement on the association of Andorra and EU. The meeting was attended, in particular, by the Foreign Minister of the Principality, Gilbert Saboya, who stressed “the upcoming changes would allow Andorra’s agricultural industry to export freely its products to neighboring countries”.

Andorra intends to support the agricultural production regime, ensuring the viability of the industry and continuity of production activity.

The next round of negotiations with the EU will take place in May this year. During the talks, representatives of the authorities of Monaco and San Marino will also attend, demonstrating a common determination to continue negotiations with Europe on the conclusion of association agreement.