The sleeping figure of Gala floats above a rock in a tranquil marine landscape. Beside her naked body, two drops of water, a pomegranate and a bee are also airborne. Gala’s dream, prompted by the buzzing of the bee, appears in the upper part of the canvas; there, from an exploding pomegranate shoots out a fish, from whose mouth two ferocious tigers emerge together with a bayonet which, one second later, will wake Gala from her restful sleep. Although by 1944 Dalí was already living in America and devoting little time to painting, this canvas marks a return to his “paranoiac-critical method”. His view—based on Freudian theories—that images were open to multiple interpretations made him one of the leading members of the Surrealist group.

One second before the awakening from a dream provoked by the Flight of a Bee Around a Pomegranate, 1944. Salvador Dali. 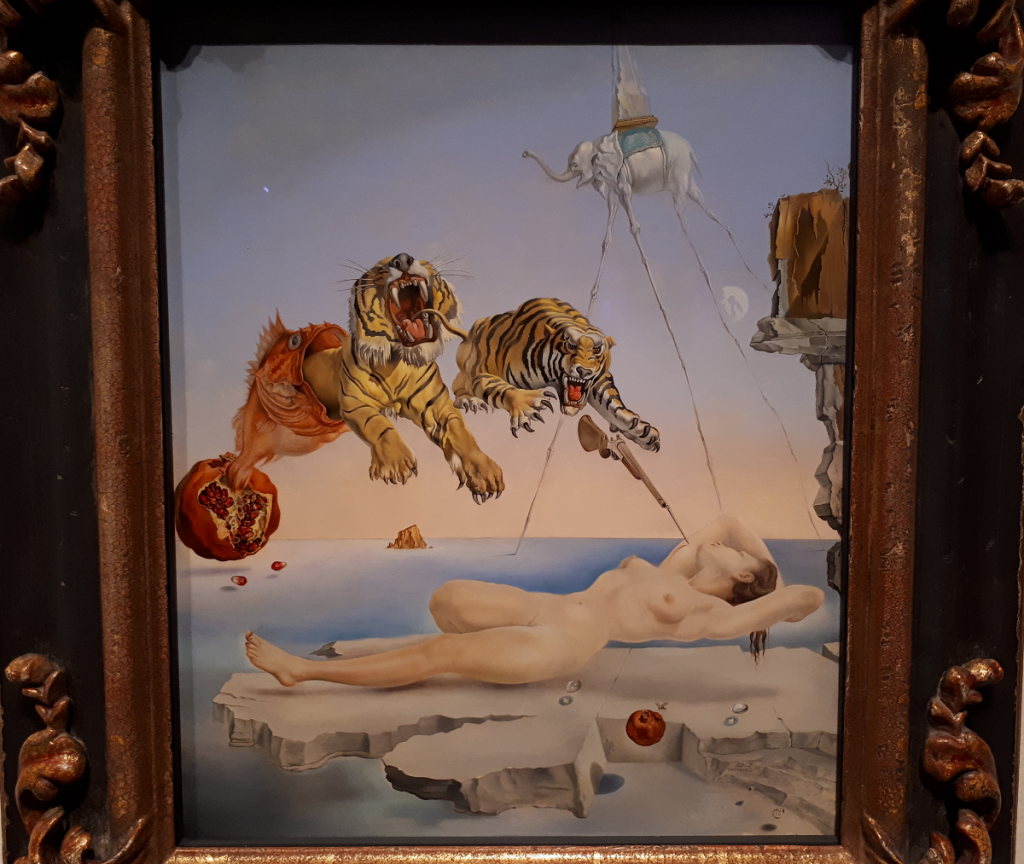 Gala (7th September 1894 – 10th June 1982), born into a family of intellectuals from Kazan (Russia), she lived her childhood in Moscow. Once she had settled in Switzerland, she met Paul Éluard, who she moved to Paris with and came in contact with the members of the surrealist movement such as, for example, Max Ernst.

In 1929 she travelled to Cadaqués, where she met Dalí, who she fell in love with, and with whom she started to live together. They were exiled for eight years in the United States, and on their return they would live between Portlligat, New York and Paris. 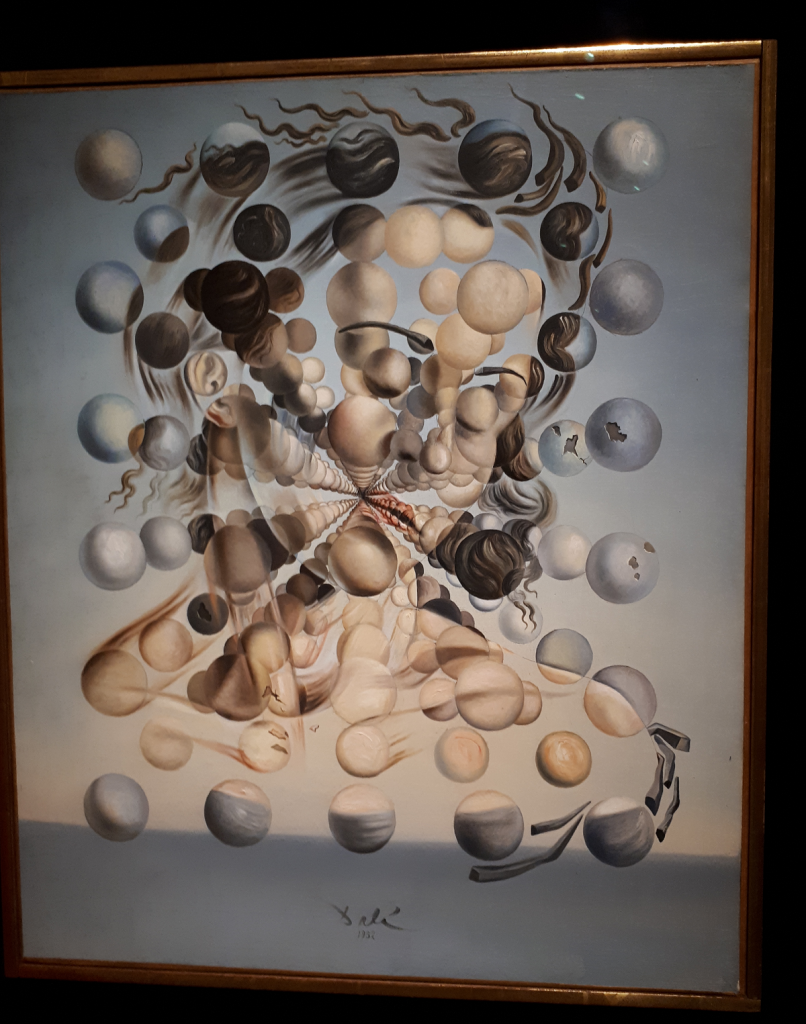 Dalí’s main contribution to Surrealism was his “paranoiac-critical method, ” developed from 1930, according to which, on the basis of Freudian theories on dream interpretation, every image could be read doubly: “The way in which it has been possible to obtain a double image is clearly paranoiac, ” the artist explains. “By a double image is meant such a representation of an object that is also, without the slightest physical or anatomical change, the representation of another entirely different object, the second representation being equally devoid of any deformity or abnormality betraying arrangement.” 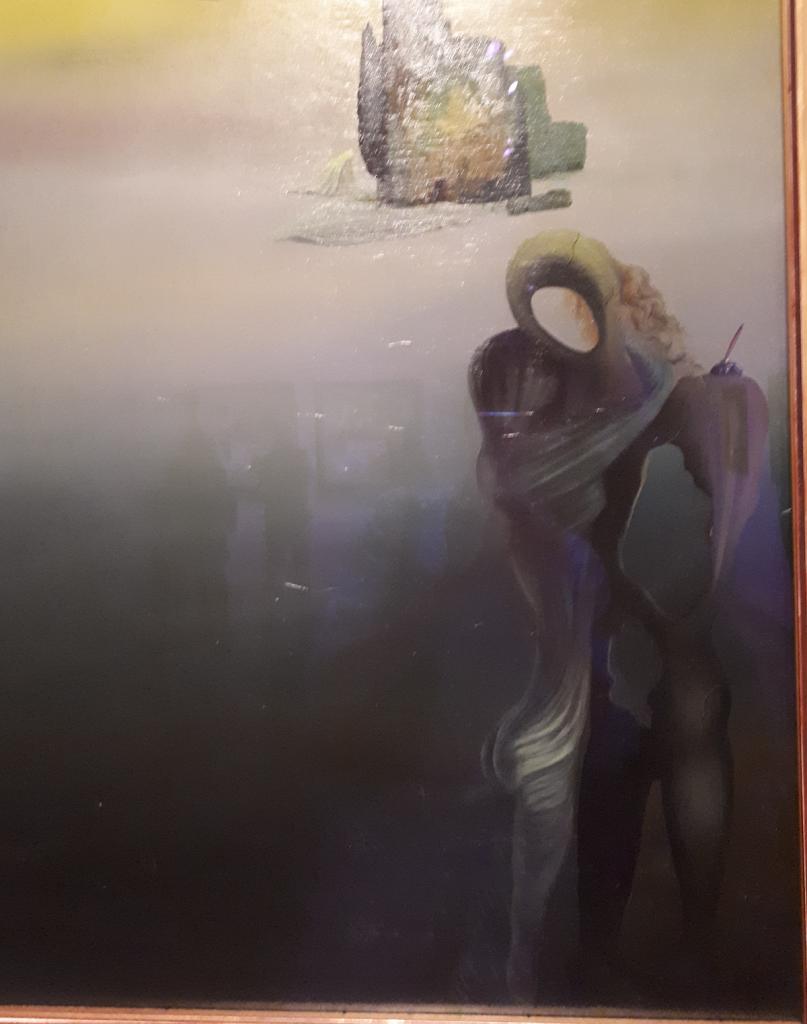 The exhibition explores this enigmatic and intuitive lady, known worldwide for being the wife of Salvador Dalí, his muse and the protagonist of some of his paintings. Given that the couple began an artistic cooperation, that would signify the shared authorship of some works. 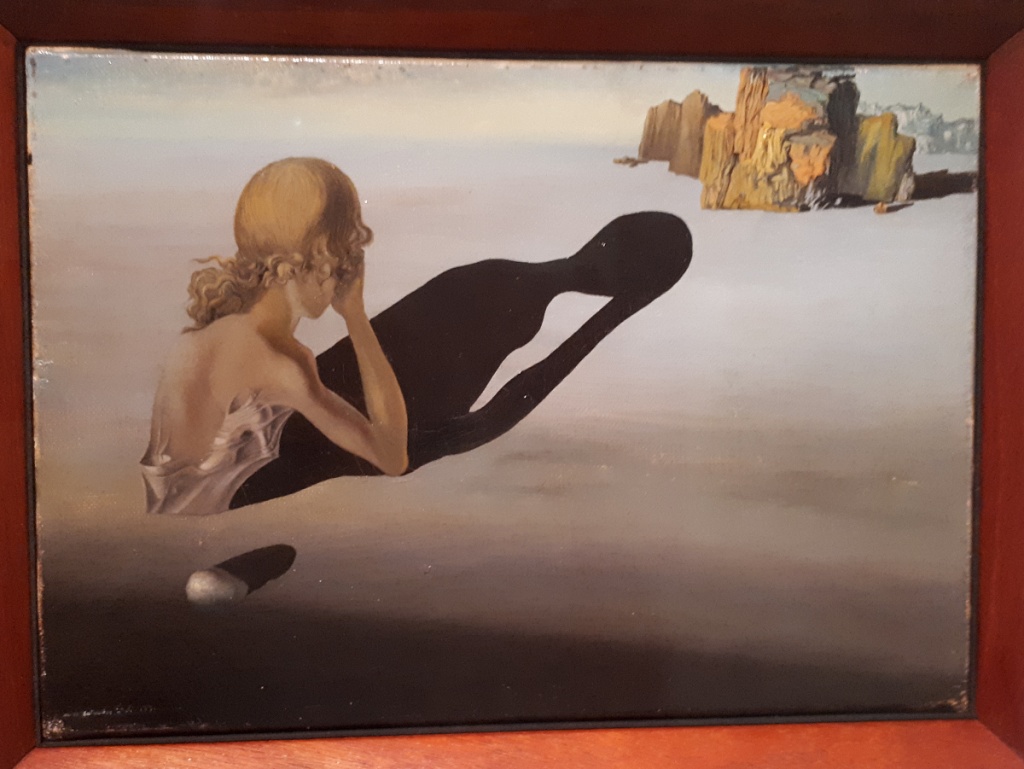 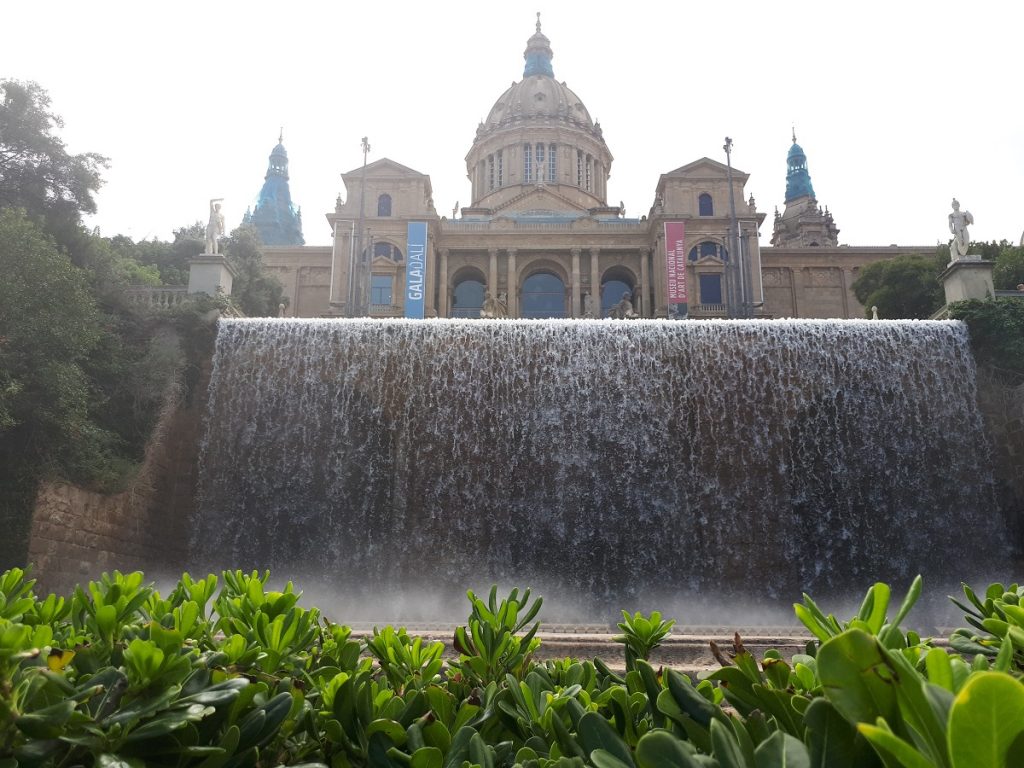