French prime-minister Manuel Valls during his visit to Andorra declared 100% support of Andorra in the reforms which are carried out in the principality in economic, financial and bank spheres • All PYRENEES · France, Spain, Andorra 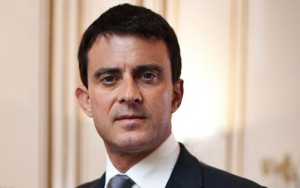 On June 19 a visit of the French Prime Minister Manuel Valls to Andorra came to the end. The main objective of visit of the French prime minister and his negotiations with his andorran colleague Antoni Martí — to discuss prospects of integration of Andorra into the European Union. Manuel Valls declared 100% support of Andorra in the reforms which are carried out in the principality in economic, financial and bank spheres.

European Union demands from member countries to reach max of financial transparency and an exception of the double taxation. The relevant agreement between France and Andorra is signed. According to Manuel Valls, by the present moment it is ratified and comes into force on July 1, 2015. “Andorra takes its place in Europe, the agreement will bring a lot of benefit for our countries”, – he added.

The parties also discussed cross-border problems. In particular, need of improvement of road and transport infrastructure, especially in a winter period — peak of visit of Andorra by tourists from France. This year because of plentiful snowfalls the connection between France and Andorra was blocked for some days. “France intends to fulfill the obligations for improvement of transport infrastructure in the south, in the province of Languedoc-Roussillon on the border with Andorra”, – Manuel Valls declared. According to him, the main Road RN20 will be repaired and work on minimization of risks in case of an avalanche is carried out.

Also the question of economic interaction between the countries was on the agenda. According to Manuel Valls, France is interested in investment cooperation, improvement of business relations, and also “an equilibration of trade balance” with Andorra. Discussions on all these questions will be continued at an economic forum in Toulouse on July 8, and also in December of this year in Paris at a meeting of businessmen of Andorra and France in which the commissioner of the European economy Pierre Moscovici will also take part. Both actions, in fact, will be devoted to presentation of investment opportunities in the principality.

France and Andorra also discussed the situation with Banca Privada d’Andorra (BPA) and how treat her outside Andorra. “We support the government of Andorra. We consider that the taken measures were correct and timely”, – Manuel Valls declared. We will remind, the conflict round BPA began in March, 2015 after official charge of bank from the U.S. Treasury Department in money laundering of russian mafia. By today there is a decision of creation of the new legal entity isolated from “toxic accounts” of clients of bank and the its subsequent sale until the end of the current year at the auction (it is possible to receive the max possible price for this asset).

Within a meeting the question of further development of french educational program in Andorra was also discussed. According to Antoni Martí, now 25% of graduates of educational institutions of Andorra intend to get higher education in France. The French Prime Minister, in turn, confirmed intention to support the French education system in the principality and development of francophonie.

During his visit Manuel Valls visited the central office of FEDA. The energy company of Andorra opened on June 19 the new dispatching center which will provide more effective control of supply of electricity in the principality.

The head of the French government also met the ambassador of France in Andorra Ginette de Matha and communicated in an informal situation to guests of embassy (about 200 people).