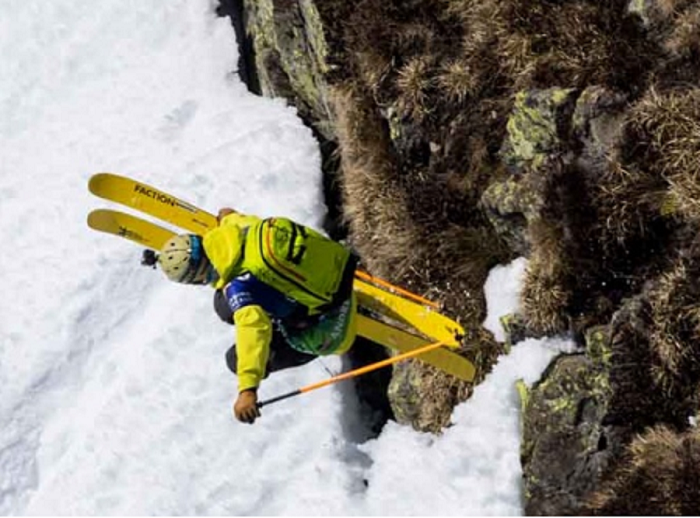 The competition ended with new riders standing atop all four podiums, which means the race for the world title remains wide open.

A young rider from Andorra, Joan Arasil, had an accident. He miscalculated in a jump, crashed into one of the rocks and lost consciousness for a few moments. The FWT emergency service quickly came to him and he was able to regain consciousness before being evacuated to the Nostra Senyora de Meritxell hospital.

Due to an accident, the competition had to be stopped for about an hour.

FWT rookie Maxime Chabloz (SUI) took the victory with a run featuring fast skiing, a massive gap jump, a huge backflip and yet another big 360. Rounding out the podium were two American skiers, Ross Tester (USA) and Andrew Pollard (USA).

Wrapping up the day was Snowboard Women. Despite the most challenging conditions of the day, the women still put down impressive runs, with yet another tour rookie taking the top spot. Tiphanie Perrotin’s (FRA) winning run showcased her well-rounded abilities and was capped by a huge final air. 2018 world champion Manuela Mandl (AUT) placed 2nd, who was closely followed by Erika Vikander (USA) in 3rd.