François Hollande expressed his support to Andorra in the negotiations on an association agreement with the EU • All PYRENEES · France, Spain, Andorra 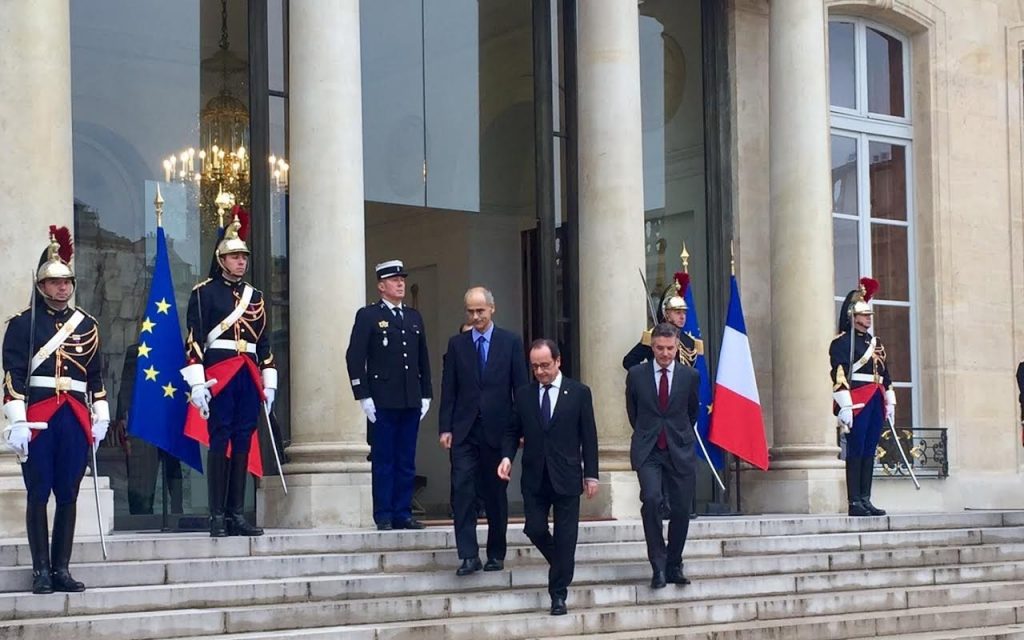 French President, Co-Prince of Andorra François Hollande met at the Elysee Palace with the Prime Minister of Andorra Antoni Marti accompanied by the Parliamentary Ombudsman Vicenç Mateu. The aim of the meeting – to inform François Hollande about current political and economic situation in Andorra and, in particular, on progress in the negotiations on an association agreement with the European Union.

Following the meeting, the President of France expressed his support to Andorra in the negotiations with the European Commission. He noted that this association agreement would help the Principality diversify economic activities, to attract new investors, as well as access to the large European market.

He also noted that the European Commission was ready to accept the principles of free movement of goods between Andorra and the EU, howewer, with several specific moments.  This, in particular, concerns the sales of Andorran tobacco to the EU countries. Tobacco is a major source of income of the principality, forming a quarter of the state budget. However, the customs agreement implies certain restrictions on the movement of tobacco products within the EU.