Embassy of Spain in Andorra opened the exhibition of paintings by the Spanish artist Francisco Goya • All PYRENEES · France, Spain, Andorra 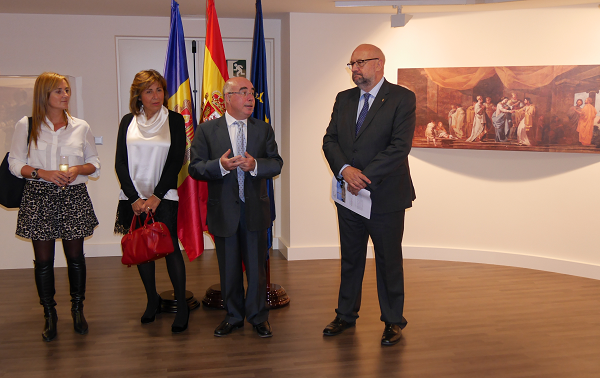 Embassy of Spain in Andorra opened the exhibition of paintings by the Spanish artist Francisco Goya. Organizer of the exhibition – the administration of Aragon province. Presented paintings (about 15) until 2012 had been hidden from the art lovers – they decorated the church of the Carthusian monastery of Aula Dei, located near Zaragoza.

All the paintings were created by Goya between 1772 and 1774 years, ie during the period of the artist’s work after studing in Italy. The paintings are devoted to the Virgin Mary, their contemplation for long time remained the prerogative of the Order of the monks of St. Bruno (his name is traditionally connected with linked the history of foundation of the Order of Carthusians).

As was explained by the representative of Aragon administration Miguel Miranda, the exhibition “Francisco de Goya en la Cartuja. Un tesoro en Zaragoza” is held within the framework of activities aimed at the development of cooperation between Spain and Andorra. It will be open until 20th November 2016 (the exhibition hall of the Spanish Embassy in Andorra, entrance is free)