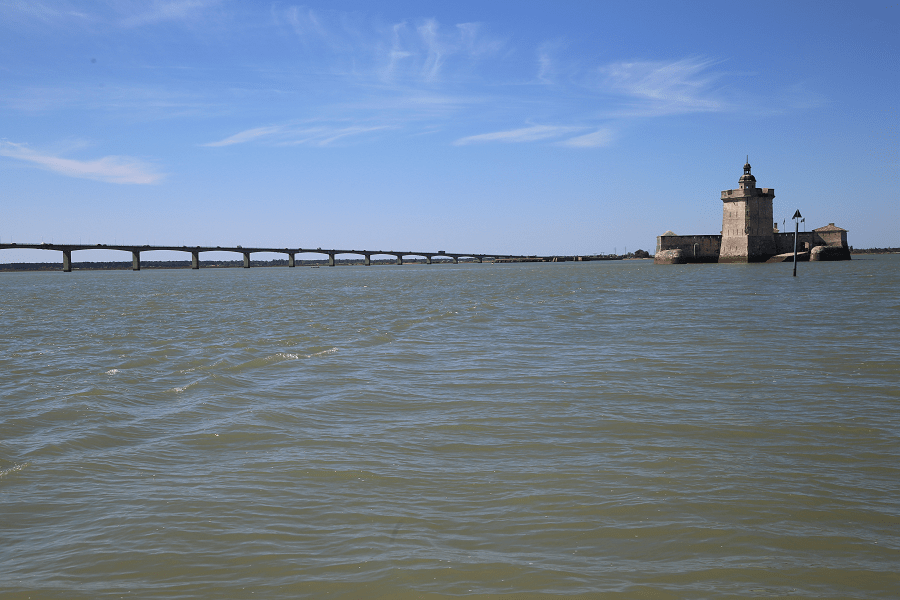 Fort Louvois, which is known locally as Fort Chapus or Fort du Chapus, is a fortification built between 1691 and 1694, during the reign of Louis XIV, on the Chapus islet, and is about 400 metres (1,300 ft) offshore in the town of Bourcefranc-le-Chapus in the department of Charente-Maritime, France. The fort sits opposite the citadel of Château d’Oléron on the island of Oléron. The fort was positioned so that a crossfire from the château and the fort would control the Pertuis de Maumusson (Passage of Maumusson) and impede access to the Rochefort roads from the south.

On 16 July 1691, the military architect Vauban took over the project. He modified the original design to create a simpler and cheaper fort. He gave what would become Fort Louvois its present-day horseshoe shape with two pier heads and one tower, and reduced the two levels of batteries to one level.

After the First World War, the French military abandoned the fort. On 14 June 1929 it was declared a historical monument. It welcomes nearly 27,000 visitors a year. 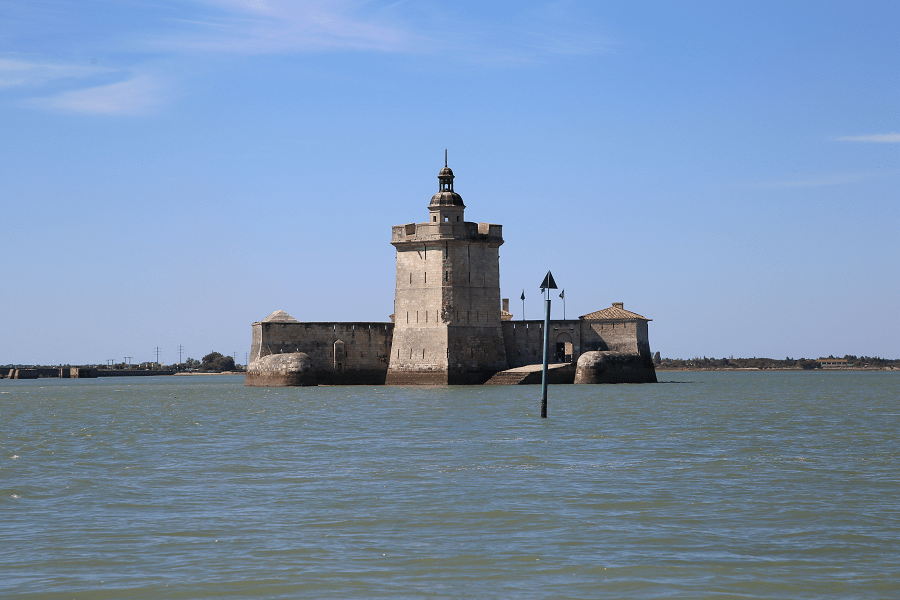 Since 1972 the fort has been the site of a museum of oyster farming, and there are oyster beds next to the causeway that joins the fort to the shore. The fort also houses a permanent exhibition that describes the history of the fort and that contains models of fortifications on the Charente coast.

The fort appears in the end credits of the Fort Boyard game show.

At low tide, the fort is connected to the mainland by a 400-metre long causeway. At high tide, a free shuttle boat is available (in summer only).