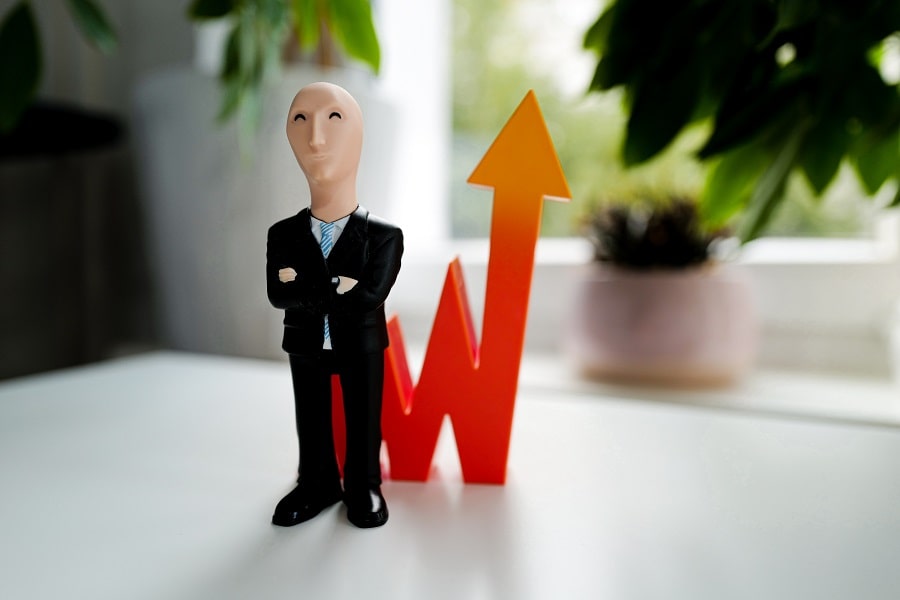 Fitch Ratings has upgraded Andorra‘s Long-Term Foreign-Currency Issuer Default Rating (IDR) to ‘A-‘ from ‘BBB+’. The Outlook is Stable.

The upgrade of Andorra’s IDRs reflects the following key rating drivers and their relative weights:

Return to Fiscal Surpluses: The improved recovery momentum has boosted the government’s revenues in 2021 and limited expenditure on Covid-19 support measures. As a result, the general government fiscal deficit stood at 1.1% of GDP, much better than our forecast of 3.5% of GDP at the time of the last review. This compares with the ‘A’ rated median at 5.2% of GDP and the eurozone weighted average at 5.1% of GDP. From 2022, we expect the general government fiscal balance to turn into surpluses as strong economic momentum continues and new revenue sources (environmental and tourist taxes) come on stream. Andorra’s significantly stronger fiscal outturns compared with peers highlight fiscal flexibility and the government’s effective management in times of economic stress.

Debt Firmly on the Downward Trajectory: Andorra’s gross general government debt (GGGD)-to-GDP ratio was stable in 2021 at 46.2%. up from 35.4% before the pandemic. This compares favourably with the ‘A’ rated median at 56% and the eurozone at 97.4%. We expect the GGGD-to-GDP ratio to enter a downward trajectory over the forecast horizon, reaching 35.1% in 2024. The steeper debt reduction path than peers will be achieved owing to a rapid economic rebound, a return to solid primary surpluses and a rundown of the government’s deposits accumulated due to relatively large Eurobond issuances. As of end-2021, the central government’s liquid assets stood at EUR445 million, equal to 15.8% of GDP.

Publication of External Balance Sheet Statistics: The recent publication of international investment position and balance-of-payments statistics bolstered our confidence in the strength of Andorra’s external position. According to its most recent publication, Andorra’s net international investment position was strongly positive at 265% of GDP in 2020, significantly better than the authorities’ initial estimate of 210% of GDP and the ‘A’ rated median at -10% of GDP. These estimates are consistent with Andorra’s large and stable current account surplus owing to its prominent banking and tourism sectors. The balance of payments statistics, first published in mid-2021, showed a surplus of 15.6% in 2020, one of the largest in our rated universe.

Build-up of FX Reserves: The build-up of foreign exchange (FX) reserves has strengthened Andorra’s shock absorption capacity. Although full euroisation of its economy eliminates the exchange-rate risk on the sovereign balance sheet, it does not on its own reduce the economy’s dependence on external funding. Andorra’s large banking sector (590% of GDP) relies to a large extent on non-resident deposits, which could be prone to outflows in an event of extreme stress.

The build-up of EUR240 million in FX reserves, which the government plans to increase to EUR340 million (10.8% of GDP) by the end of the year, serves to some extent as a mitigant for the absence of the lack of lender of last resort for the banking system. However, we do not consider it equivalent to a lender of last resort. Andorran banks are highly liquid and adequately capitalised and customer deposits have proved stable at times of stress in the past.

Small Economy with Strong Fundamentals: Andorra’s credit profile is supported by high GDP per capita (1.5x the ‘A’ median), favourable governance indicators and a strong external position. The record of fiscal prudence is reflected in a low level of general government debt that provided the government with ample space to respond to recent external shocks. These credit strengths are set against the economy’s small size and limited diversification, which exposes it to shocks. Andorra’s large banking sector (590% of GDP in 2021) poses risks to the economy and the government’s balance sheet, although these risks are mitigated by the high liquidity of the system and newly-created FX reserves.

Strengthening Economic Recovery: The economy rebounded much more strongly in 2021 than we previously expected, at 8.9% compared with our forecast of 6.6% at the time of the last review, following a contraction at 11.2% a year before. Despite a very bad winter season caused by the mobility restrictions on the border with the EU, the construction sector expanded strongly (+23.5% increase in real terms), driving the economic recovery. We expect another year of strong economic growth in 2022 as the tourism sector rebounds. To reflect this, we have revised up our real GDP forecast for 2022 to 7.6% from 5.2% previously. In 2023 and 2024, we expect growth to slow markedly owing to base effects and the low growth potential of the economy. Under our baseline projections, the economy will expand by 4.3% in 2023 and 1.5% in 2024. However, there are downside risks to our macroeconomic forecast for the EU relating to the increased likelihood of disruption in the gas supplies from Russia, which could have negative knock-on effects on Andorran growth.

Relative Resilience to the Geopolitical Crisis: Andorra’s economy and the government’s balance sheet have so far been fairly insulated from the effects of war in Ukraine. We expect inflation to increase to 5% in 2022, lower than our forecast for the eurozone at 6.5%, as Andorra’s long-term energy contract covering half of the country’s energy needs limits the rising cost. In addition, large cash reserves at the state-owned energy company allowed the government to keep energy prices stable during the heating season.

Fiscal measures to curb inflation amount to only 0.3% of GDP so far in 2022 as the government prioritises supporting the Andorran residents as opposed to tourists who form a significant share of consumption. Andorra also does not have an army and the number of refugees it hosts is limited due to low connectivity with the rest of Europe. Finally, we expect the government’s debt servicing cost to remain stable over the forecast horizon, despite rising borrowing costs worldwide. The upcoming debt repayments are already secured with fiscal reserves and the next bond repayment is due in 2027.

ESG – Governance: Andorra has an ESG Relevance Score (RS) of ‘5[+]’ for both Political Stability and Rights and for the Rule of Law, Institutional and Regulatory Quality and Control of Corruption, as is the case for all sovereigns. These scores reflect the high weight that the World Bank Governance Indicators (WBGI) have in our proprietary Sovereign Rating Model. Andorra has a high WBGI ranking at 91.7 percentile, well above the ‘A’ median, reflecting strong institutional capacity and effective rule of law.

Factors that could, individually or collectively, lead to negative rating action/downgrade:
– Structural Features: A severe shock to the banking sector that would result in sizable spillovers to Andorra’s economic performance and public finances given the large size of the banking sector.

– Public Finances: Resumption of an upward trajectory in the government debt ratio, for example due to a macroeconomic shock or erosion of international competitiveness resulting from changes in tax policy.

Factors that could, individually or collectively, lead to positive rating action/upgrade:
– Structural Features: Progress on economic diversification that would further improve the economy’s resilience and its shock absorption capacity.

– Macro: An improvement in growth potential, for example via the implementation of structural reforms to improve the business environment and/or further integration with the EU.

– Structural Features: Further improvement of the resilience of the banking sector and associated vulnerabilities of the sovereign balance sheet, evidenced for example through tangible improvements to the banking supervision framework and access to unlimited emergency liquidity facility.

Fitch’s proprietary SRM assigns Andorra a score equivalent to a rating of ‘A-‘ on the Long-Term Foreign-Currency (LT FC) IDR scale.

Fitch’s sovereign rating committee did not adjust the output from the SRM to arrive at the final LT FC IDR.

Fitch removed the +1 notch for macroeconomic performance, policies and prospects that was temporarily added in the aftermath of the Covid-19 pandemic to offset the deterioration in the SRM output driven by the pandemic shock, including from the growth volatility variable.

Fitch removed the -1 notch on the structural features to reflect the strengthening of the Andorran banking sector, including the build-up of FX reserves. While Fitch does not see the recently created FX reserves as equivalent to the lender of last resort, the additional buffers further strengthen the liquidity of the banking sector and lower the likelihood of crystallisation of the contingent liabilities on the government balance sheet. Fitch believes the lack of independent monetary policy is adequately captured in SRM by treating Andorra’s debt as foreign, as it is the case for all other fully dollarised economies.

The principal sources of information used in the analysis are described in the Applicable Criteria.

Broad money estimates are unavailable; we have used information from the consolidated balance sheets of Andorran banks. Balance of payments statistics by the authorities and IMF are only available for 2019-2021 and the international investment position statistics for 2018-2020. Fitch has estimated historical and latest data with reasonable confidence using national accounts data and consolidated balance sheets of Andorran banks. The data used was deemed sufficient for Fitch’s rating purposes because it expects that the margin of error related to the estimates would not be material to the rating analysis.

Andorra has an ESG Relevance Score of ‘5[+]’ for Political Stability and Rights as World Bank Governance Indicators have the highest weight in Fitch’s SRM and are therefore highly relevant to the rating and a key rating driver with a high weight. As Andorra has a percentile rank above 50 for the respective Governance Indicator, this has a positive impact on the credit profile.

Andorra has an ESG Relevance Score of ‘5[+]’ for Rule of Law, Institutional & Regulatory Quality and Control of Corruption as World Bank Governance Indicators have the highest weight in Fitch’s SRM and are therefore highly relevant to the rating and are a key rating driver with a high weight. As Andorra has a percentile rank above 50 for the respective Governance Indicators, this has a positive impact on the credit profile.

Andorra has an ESG Relevance Score of ‘4[+]’for Human Rights and Political Freedoms as the Voice and Accountability pillar of the World Bank Governance Indicators is relevant to the rating and a rating driver. As Andorra has a percentile rank above 50 for the respective Governance Indicator, this has a positive impact on the credit profile.

Andorra has an ESG Relevance Score of ‘4[+]’ for Creditor Rights as willingness to service and repay debt is relevant to the rating and is a rating driver for Andorra, as for all sovereigns. As Andorra has track record of 20+ years without a restructuring of public debt and captured in our SRM variable, this has a positive impact on the credit profile.