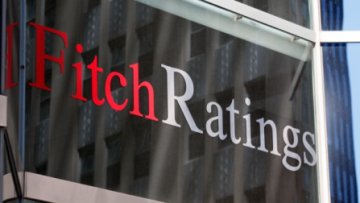 Andorra is a small wealthy and politically stable economy. Its ratings are supported by strong public finances and a flexible labour market, but are constrained by its small size and heavy reliance on the performance of its banking and tourism sectors.

Roughly a year ago, the now defunct Andorran bank, BPA, was sanctioned by the US government agency FinCEN for alleged money-laundering activities. The Andorran authorities intervened swiftly to resolve the bank and to assure stakeholders of confidence in the Andorran financial system. The authorities have accelerated legislation of the EU’s bank resolution and recovery directive, applying it to BPA. A selection of legitimate assets and liabilities to be transferred to the bridge bank, ‘Vall Banc’ has been made, with the sale process in advanced stages. Andorra’s banking resolution authority, AREB, will execute a full wind down of the residual BPA in coordination with the judicial authorities. Fitch understands that this creditor bail-in will not apply to general retail or secured creditors. In February 2016, FinCEN announced it would not be taking further action in relation to BPA, which Fitch interprets to mean no financial penalties will be levied from the US agency.

The BPA crisis has had a limited adverse impact on the viability of the other three large domestic banks. Total assets under management and deposits at these banks fell slightly in the months following the crisis, but grew by 2.3% and 3.5%, respectively, over 2015. However, this should be treated with caution as preliminary banking sector data excludes BPA’s results and could reflect some transfer of funds and accounts from BPA, masking net banking flows across Andorra’s borders.

Capitalisation and asset quality metrics are adequate among the other banks which focus on private banking. Banks are progressing towards IFRS reporting and Basel III regulatory standards by end-2017, but the banking system still lacks reliable access to a lender of last resort and has a regulatory framework that is weaker than eurozone peers, in Fitch’s opinion.

Gross government debt/GDP is estimated to be moderate at 40.2% in 2015, and in line with the ‘BBB’ median. Set against this, social security reserve assets amounted to 44% of GDP at end-2015. We forecast debt will fall gradually owing to the government’s mild fiscal consolidation strategy. The budget balance has improved as a result of a comprehensive reform of the tax framework in the 2011-2015 legislative term, which raised general government revenues from 26% of GDP in 2009 to 33.8% of GDP in 2015. General government surpluses (2015: 1.8% of GDP) are driven by large social security surpluses and are supported by a steady stream of dividend revenue from state-owned utility monopolies, while the central government deficit is expected to narrow.

Contingent liabilities for the sovereign are significant due to the large banking sector in the small economy (total banking assets were 6.9x GDP in 2014), and are concentrated in four domestic banks (including BPA) and one foreign-owned bank. The average Viability Rating of the Fitch-rated Andorran banks is ‘bbb’. In the event of a systemic banking crisis, Fitch expects significant banking sector contingent liabilities could materialise on the sovereign’s balance sheet. The economy could also be hit in such a tail-risk scenario.

Given the impact of the BPA crisis, real GDP estimates for 2015 have a greater degree of uncertainty in the absence of complete financial sector reporting data. A stylised analysis of GDP growth in the economy, excluding the financial sector, estimates growth to be 1.8% in 2015, owing to a broad-based pick-up across all productive sectors and a rise in tourist visitor-days (up by 8.9%). The strong growth dynamic is supported by the low interest rate environment, falling commodity and energy prices, and robust wage and employment developments. Fitch estimates real GDP growth will be slower at 1.3% (2014: 2.3%), due to the impact of BPA on the banking sector and the economy.

The increased inflow of net foreign direct investment (FDI) has been providing a boost to the economy since Andorra opened to FDI in July 2012. Fitch estimates the value of FDI resulting in new businesses has roughly risen to EUR37m in 2015 from EUR11m in 2013, and has been concentrated in the retail, business services and asset management sectors. FDI in the real estate sector has also risen by 30% in 2013-2015 contributing to the reactivation of the construction industry in 2015.

RATING SENSITIVITIES
The Stable Outlook reflects Fitch’s assessment that upside and downside risks to the rating are currently balanced.

The main factors that may individually or collectively lead to negative rating action are:
– Worsening creditworthiness of the three large Andorran banks, increasing the risk of contingent liabilities crystallising on the sovereign’s balance sheet or a large adverse impact on the real economy.
– A sharp deterioration in the real economy, which would weigh on the sovereign’s debt dynamics.
– Failure to resolve BPA and to complete the sale of Vall Banc smoothly, resulting in the need for the state to provide capital.

The main factors that may individual or collectively lead to positive rating action are:
– Successful economic diversification of the economy away from reliance on tourism and financial services, which would provide the economy with greater buffers against shocks to these industries.
– Reduction in banking sector contingent liabilities e.g. from higher foreign ownership of the Andorran banks or improved creditworthiness of the banks.
– Improvement to data reporting in terms of frequency and availability, showing a stronger position than is currently assumed.

KEY ASSUMPTIONS
There is no balance of payments or international investment position data available. Where possible, Fitch has made conservative estimates and proxies for Andorra’s external position using the consolidated balance sheets of the Fitch-rated Andorran banks.