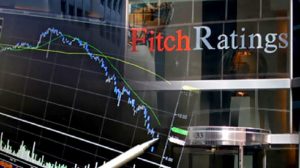 Fitch Ratings has affirmed Andorra’s Long-Term Foreign-Currency Issuer Default Rating (IDR) at ‘BBB’. The Outlook is Positive. A full list of rating actions is at the end of this rating action commentary.

The country’s wealth, relatively strong public finances and political stability are balanced by the economy’s small size (USD2.9 billion in 2016), the risks associated with a large banking sector and weak economic data quality.

Public finance outturns and projections are consistent with a further decline in government indebtedness. The general government balance improved to 4.2% of GDP in 2016 from 2.0% in 2015. This improvement was driven by a strong performance at the central government level (where a deficit of 0.5% of GDP in 2015 turned to a 0.9% surplus), along with surpluses at local government and in the social security sector.

General government indebtedness has decreased further. General government debt was 40.2% of GDP at end-2016, down from 40.6% a year earlier, and slightly lower than the ‘BBB’ median (40.7%). Our public finance projections are consistent with the government debt ratio declining to 35.5% by 2019. Large liquid assets held by the social security fund and state-owned enterprises mean that Andorra has a net asset position in the general government sector (around 15% of GDP).

The Andorran economy, including its financial sector, has shown resilience against the fallout of the crisis that led to the resolution of Banca Privada d’Andorra (BPA) in 2015. Real GDP growth was 1.2% in 2016. Estimates for 1Q17 indicate that real GDP was 1.9% higher on an annual basis, with strong growth in retail trade and tourism, and with financial and business services output rising on an annual basis for the first time since 1Q15. Expenditure indicators also point to increased economic activity. We expect GDP growth this year to be 1.6%, and edge higher in 2018 and 2019, to 1.8% and 2.0%.

The Andorran authorities continue to make efforts to bring the regulatory environment, especially in the financial sector, in line with European and international standards. Legislation has been introduced implementing EU directives on prevention of money-laundering and terrorist financing, the incorporation of the recommendations of the Financial Action Task Force on Money Laundering (FATF), as well as regulatory provisions for insurance and reinsurance companies. The coverage of the criminal law code has been expanded to cover tax offences.

The average Viability Rating of Fitch-rated Andorran banks is ‘bbb’. However, the large size of the banking sector represents a contingent liability for the sovereign, as banking sector assets were around 5.6x nominal GDP at end-2016. The lack of a credible lender-of-last resort in the financial system increases banking sector risks. In the event of systemic disruption in the banking sector, we would expect some banking sector liabilities to materialise on the sovereign balance sheet. A tail risk is related to an outstanding lawsuit brought by BPA’s former owners. Potential financial damages in case of an adverse court judgement could be around 14% of GDP.

Fitch’s sovereign rating committee adjusted the output from the SRM to arrive at the final LT FC IDR by applying its QO, relative to rated peers, as follows:
– Macroeconomic factors: -1 notch, to reflect lack of lender-of-last-resort in a small, euroised economy with a very large banking sector; poor availability and frequency of macroeconomic data is also a factor.
– Structural factors: -1 notch, to reflect the large banking sector that renders the economy and the sovereign balance sheet vulnerable to the impact of a banking crisis

Fitch’s SRM is the agency’s proprietary multiple regression rating model that employs 18 variables based on three year centred averages, including one year of forecasts, to produce a score equivalent to a LT FC IDR. Fitch’s QO is a forward-looking qualitative framework designed to allow for adjustment to the SRM output to assign the final rating, reflecting factors within our criteria that are not fully quantifiable and/or not fully reflected in the SRM.

RATING SENSITIVITIES
The main factors that could, individually or collectively, lead to an upgrade are:
-Reduced risk of contingent liabilities from the banking sector materialising on the sovereign balance sheet
-Improvements in medium-term growth prospects
-Continued declines in the government debt to GDP ratio
-Improvements in data availability and frequency, in particular for the external accounts

The Outlook is Positive. Consequently, Fitch does not currently anticipate developments with a high likelihood of leading to a downgrade. However, future developments that may, individually or collectively, lead to negative rating action include:
-A deterioration in creditworthiness of the large Andorran banks, increasing the risk of contingent liabilities crystallising on the sovereign’s balance sheet;
-A deterioration in economic growth prospects, leading to rising government indebtedness

KEY ASSUMPTIONS
Fitch has not included the potential costs of financial damages from the lawsuit brought by BPA’s former owners against the government in its public finance projections.

The full list of rating actions is as follows: