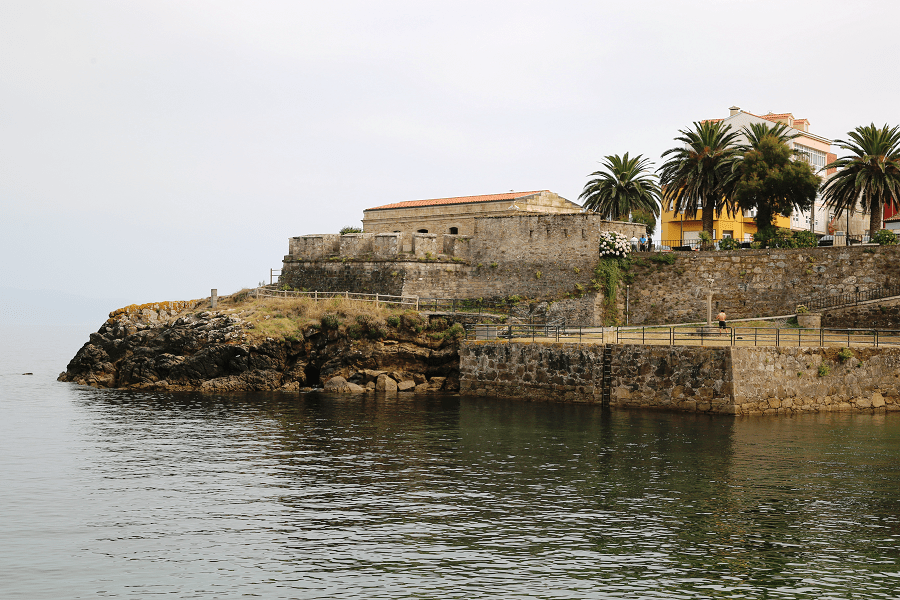 Fisterra is a city and a municipality in the province of A Coruña, in the autonomous community of Galicia, Spain. It belongs to the comarca of Fisterra.

Fisterra stands on Cape Finisterre, the final destination for many pilgrims on the Way of St. James. In Roman times it was believed to be an end of the known world. 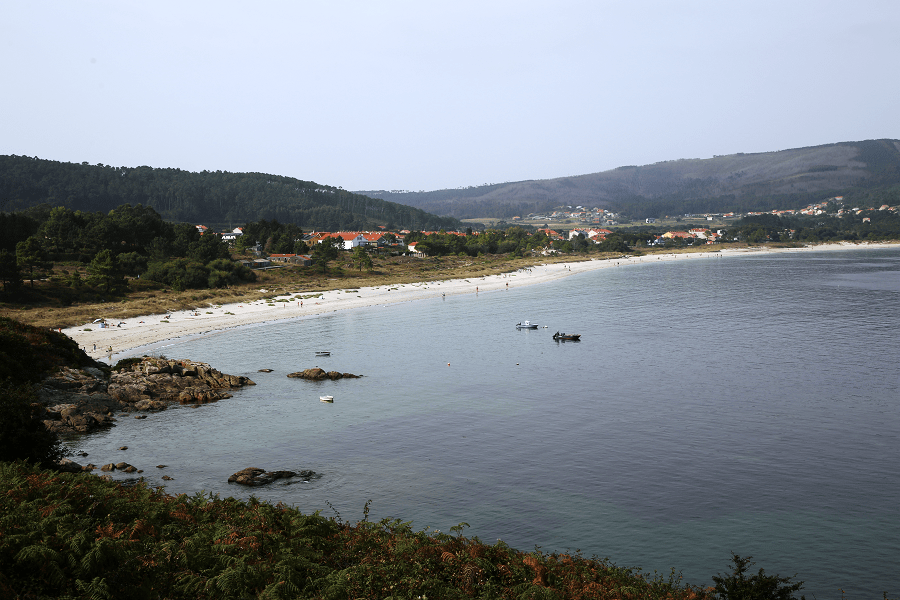 Fisterra is the southernmost municipality of the resorts of Costa da Morte (Coast of Death) of the Atlantic resorts of Spain, named because of the large number of shipwrecks along these shores.

Castillo de San Carlos: Defensive fortification ordered to be built in the time of King Carlos III of Spain, XVIII, to defend the coast from the attacks of foreign ships. In 1892 it was sold by the State and acquired at public auction by Mr. Plácido Castro Rivas, who was a very important industrialist in the region and a native of this town. 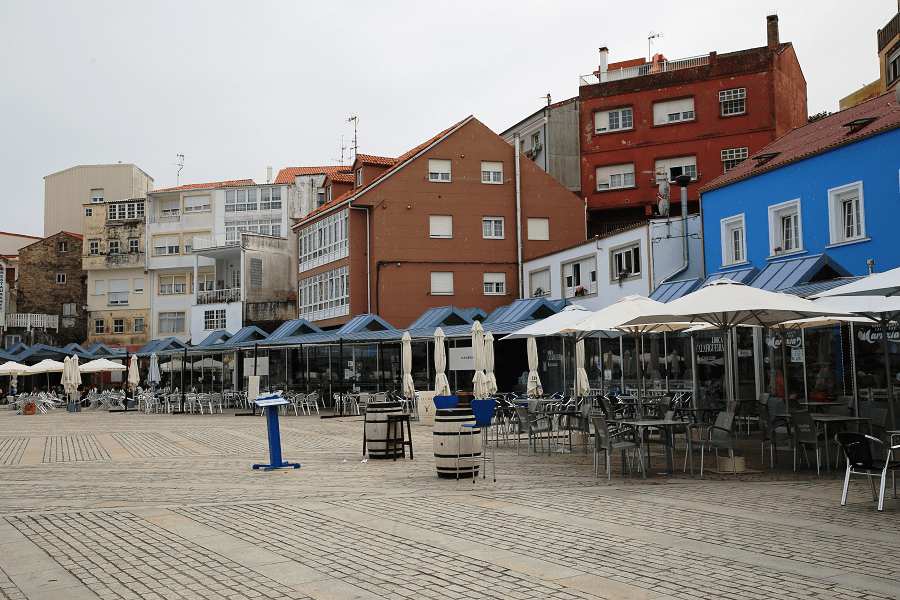 Years later, his son, Plácido Castro del Río, donated this property to the town of Finisterre in 1948 so that a Museum could be built there. Finally, the Fishermen’s Guild of Finisterre and the Fisheries Council set up the premises to turn it into the Fishing Museum, which was inaugurated in 2006.

Church of Our Lady of the Arenas: Church from the end of the XII century (declared a Historic-Artistic Monument) which has undergone modifications and extensions for several centuries. Hence, it contains the Romanesque, Gothic and Baroque styles that correspond to the different architectural interventions that it has undergone. 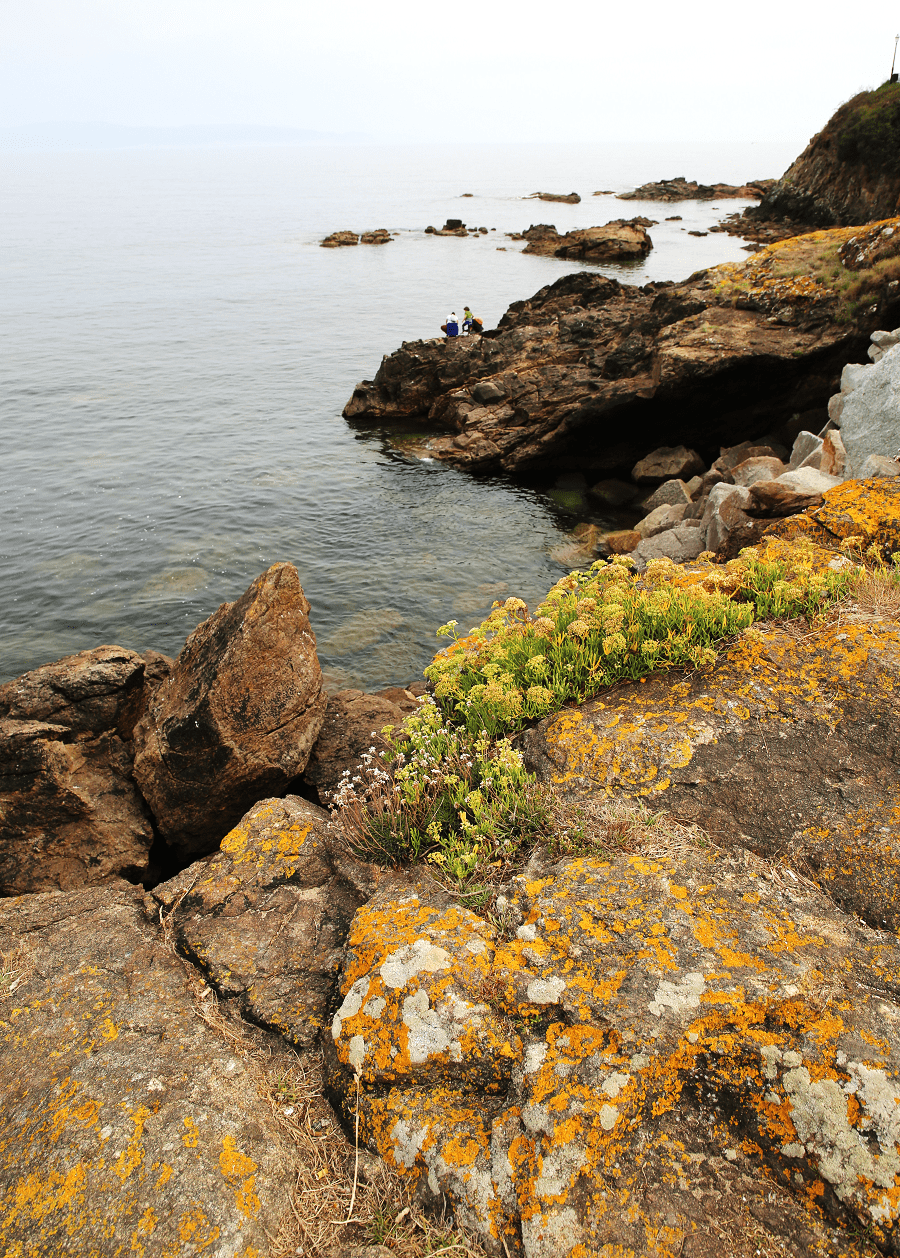 In this church is the image of the Holy Christ of Finisterre: “O Cristo da Barba Dourada” before which the thousands of pilgrims who come to Finisterre to finish the Camino de Santiago after having visited the tomb of the Apostle in Santiago de Compostela: burn the clothes, bathe in the sea, take the scallop shell and return to their places of origin as “new men” after the pilgrimage. The Feast of the Holy Christ is on Easter Sunday, which has been declared of tourist interest. 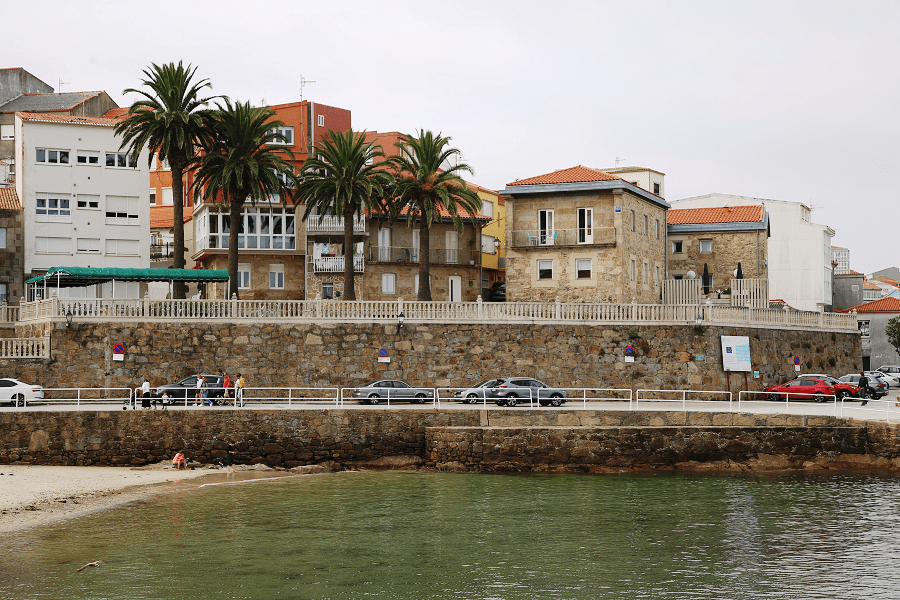 Chapel of Good Success: Building from the XVIII century located within the urban area of ​​the town, in a baroque style and dedicated to the Virgen del Buen Suceso. 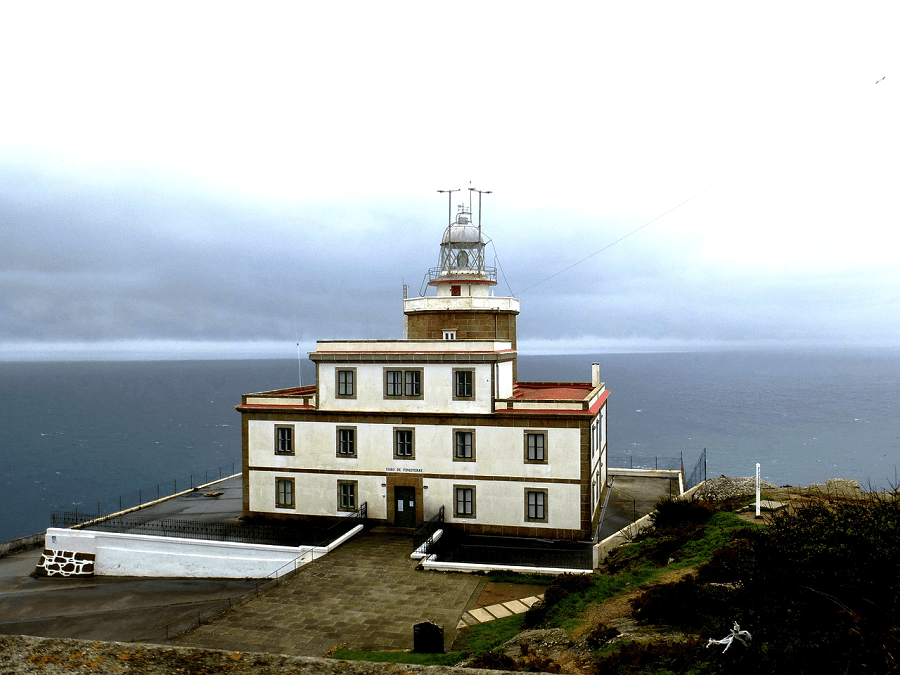 Finisterre Lighthouse: The most important lighthouse on this Coast of Death, because with its light it guides the ships in their navigation through these dangerous waters due to the storms that occur and the shallows or reefs that exist and can cause the shipwreck of the boats. The current building dates from 1868 and is the most visited place in Galicia after the Cathedral of Santiago de Compostela. 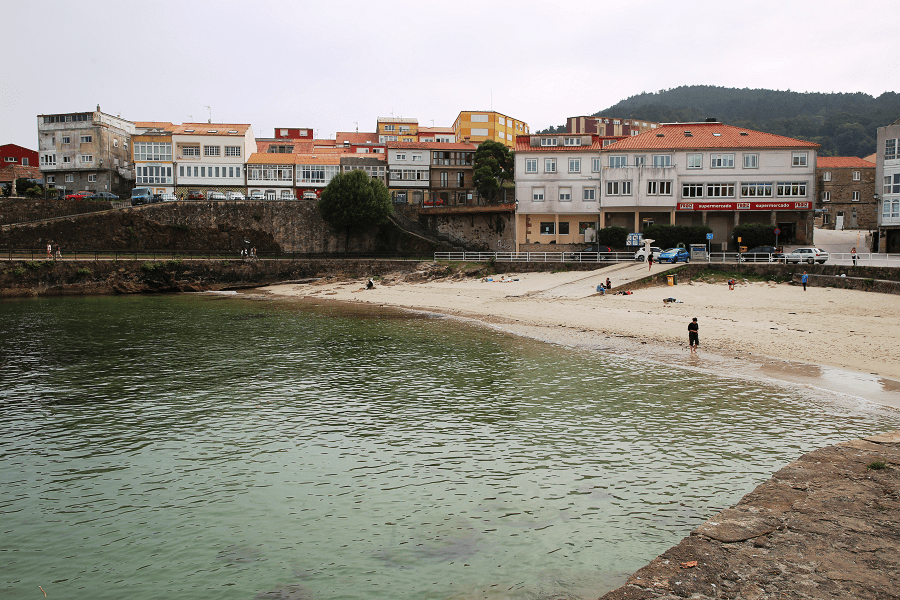 Monument to the Emigrant: It remembers the thousands of emigrants from Finisterre and Galicia who were forced to leave their land in search of a better future. In a special way it is dedicated to emigrants in Argentina and in the countries of America, as well as those who are in other parts of the world, both them and their descendants. This monument is the work of the sculptor Agustín de la Herrán Matorras and was made at the initiative of the Mayor José Fernando Carrillo Ugarte and inaugurated in 1993. 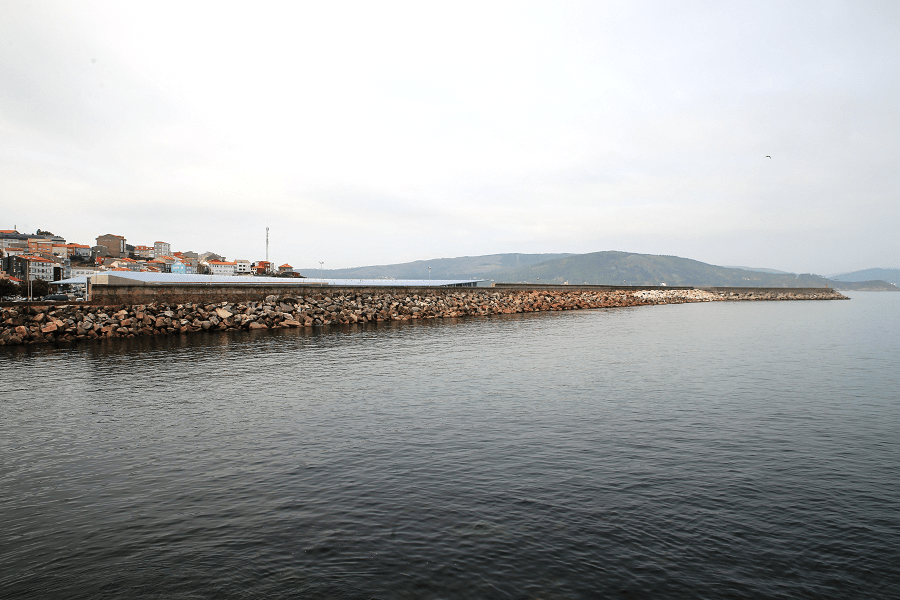 Cemetery of the End of the Earth: It is a work of the architect César Portela that is still unfinished but, nevertheless, has already received numerous architecture awards.

Lonja Turística: It is a work of the architects Juan Creus and Covadonga Carrasco. It is the market where the fish that comes from the sea are auctioned and that allows visitors to witness how this first sale is made, in addition to knowing the most important species caught by the inshore boats of this port. These fish and shellfish can then be tasted in the many restaurants that exist in the town and that constitute the main gastronomic tourist offer. In addition, inside it houses an exhibition on fishing. 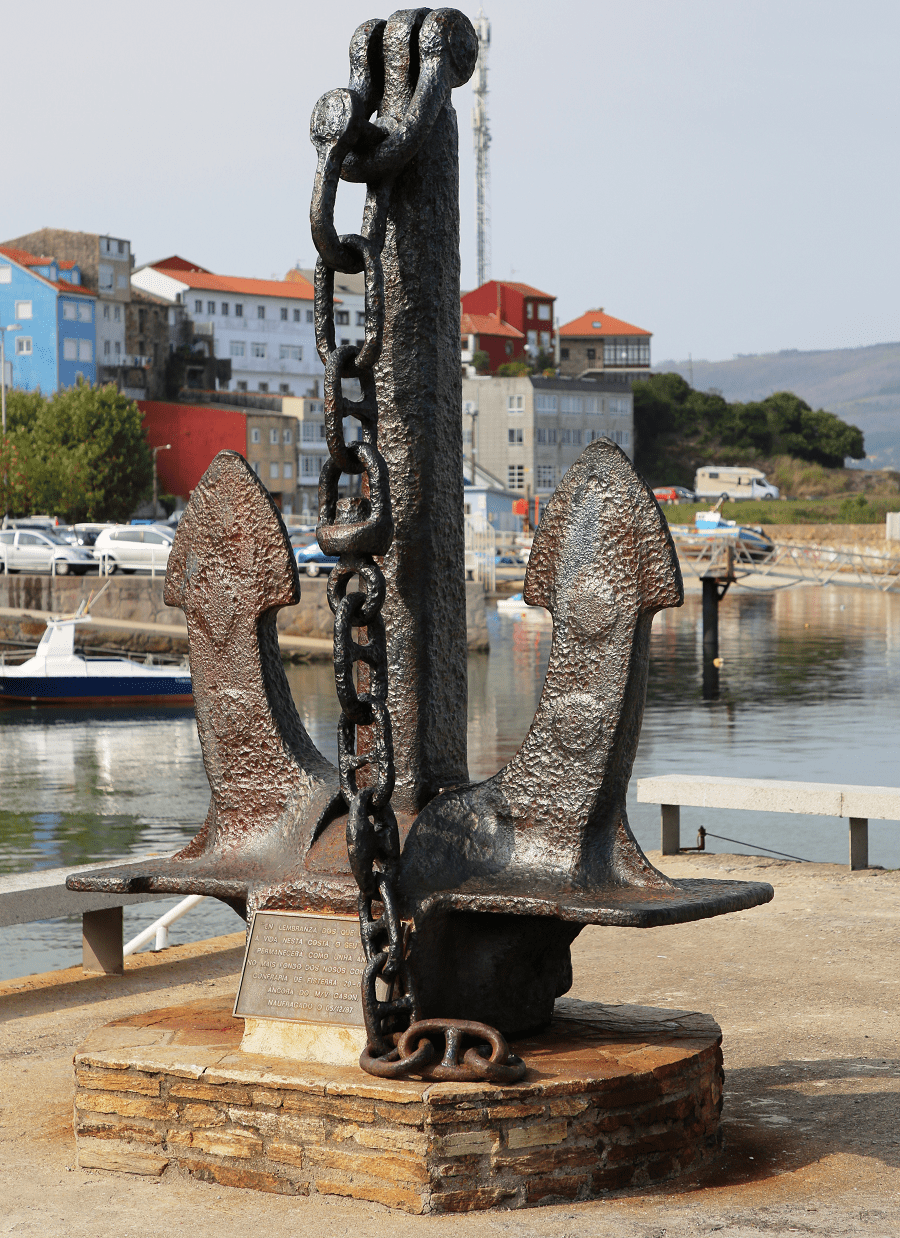 Fisterra has several beaches like O Rostro, Arnela, Mar de Fóra, Langosteira, Ribeira, and Corveiro. Many of the beaches are framed by steep cliffs leading down to the “Mare Tenebrosum” (or dark sea, the name of the Atlantic in the Middle Ages). 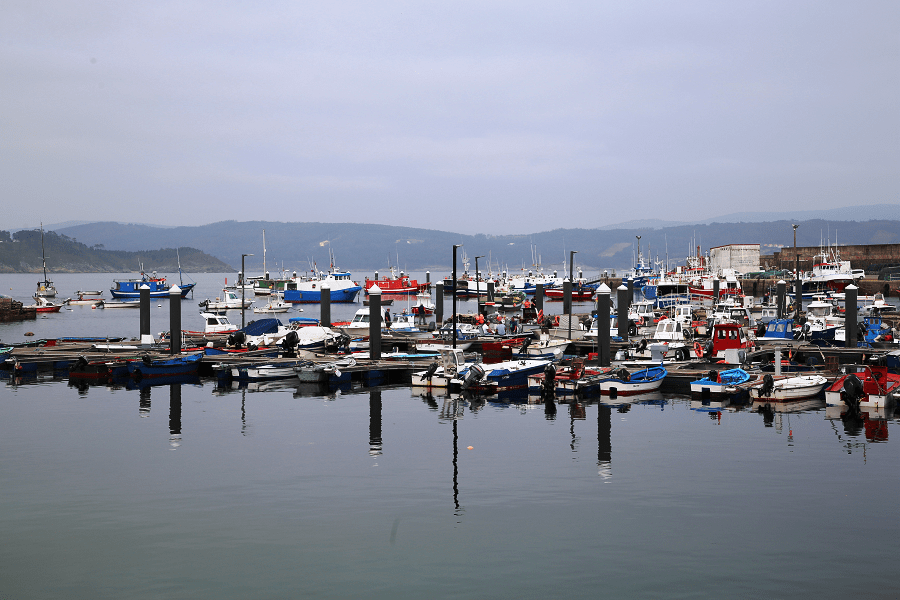 Talón Beach: From this location, pilgrims see Cape Finisterre for the first time.

Corveiro Beach: Nestled in the town, at the foot of the Nuestra Señora de las Arenas church.

Ribeira Beach: It is located in the historic center, next to the port and the San Carlos Castle.

Sardiñeiro Beach: It is the beach of the town of the same name, located to the north of the municipality. 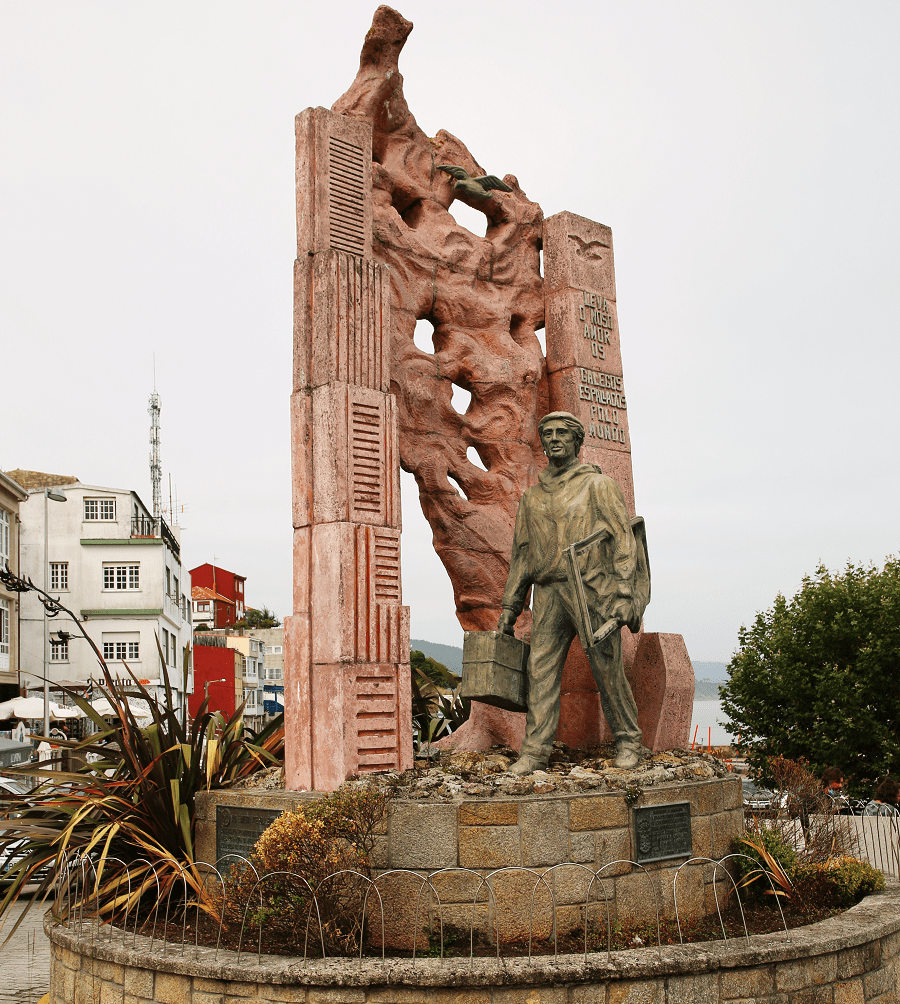 Mar de Fóra Beach: One of the most beautiful on the Costa da Muerte, it is the most important of the coastal beaches, very dangerous and fierce, it has seen many deaths over the centuries. Its dunes have recently been protected, and a promenade has improved access. The views of Cabo La Nave (the westernmost point of inland Spain) and the mystical Isla do Centolo make it a must-see and enjoyable place.

Arnela Beach: Small cove nestled on the coast, where the Casón shipwreck occurred in 1987. It is a dangerous beach but of great beauty and with improved accesses since 2002. 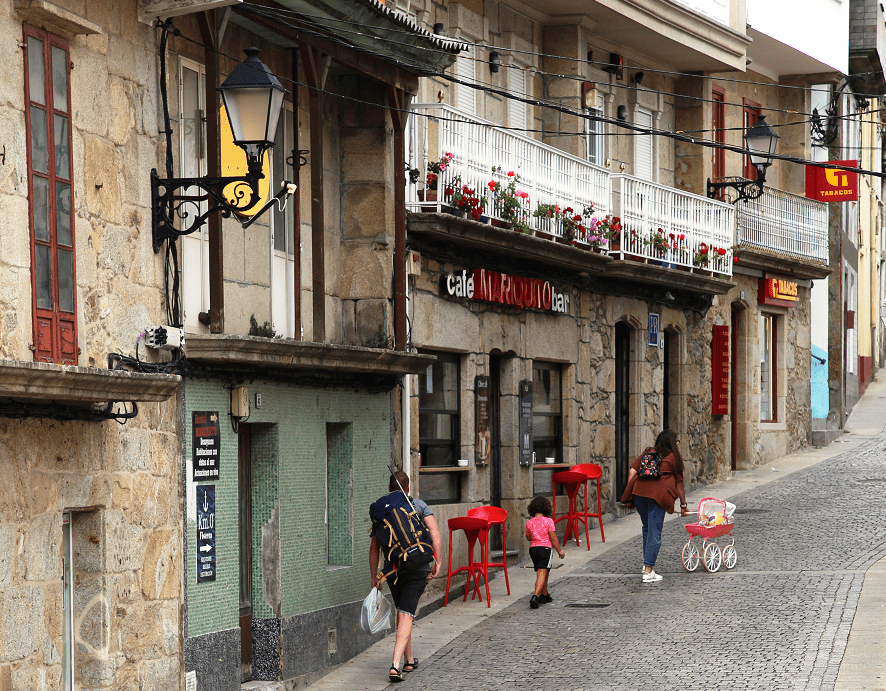 Rostro Beach: The largest in the municipality, with an approximate length of 3 km, it is also the most dangerous and one of the most beautiful. 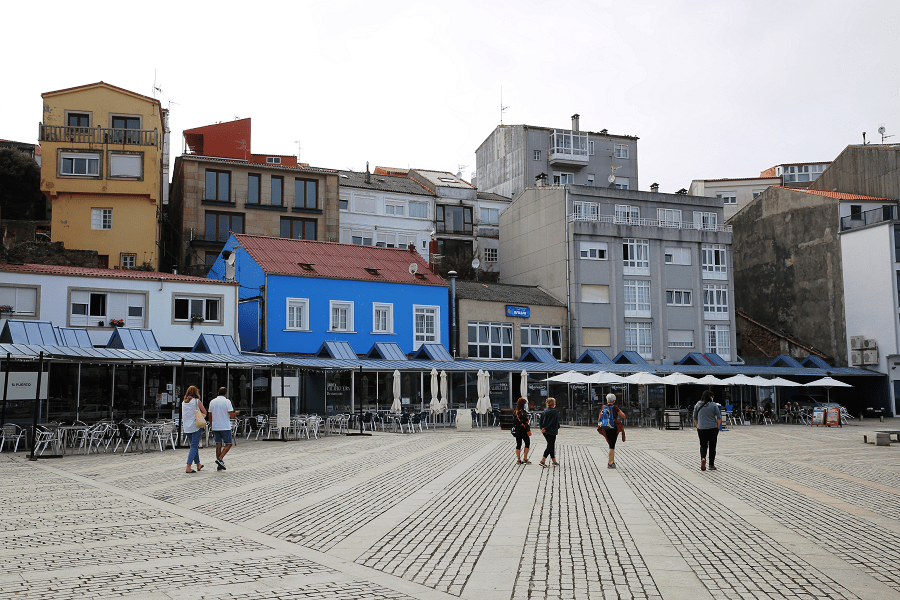 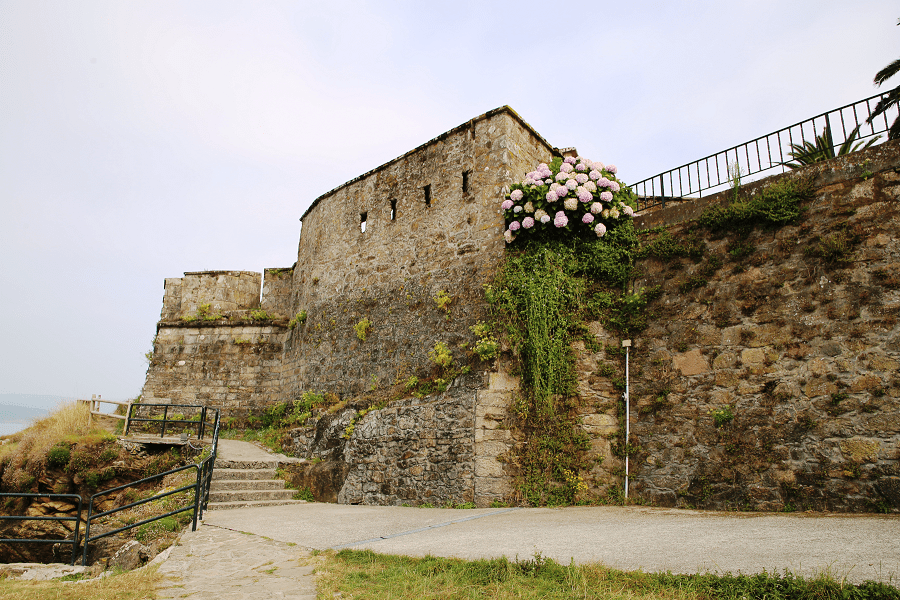 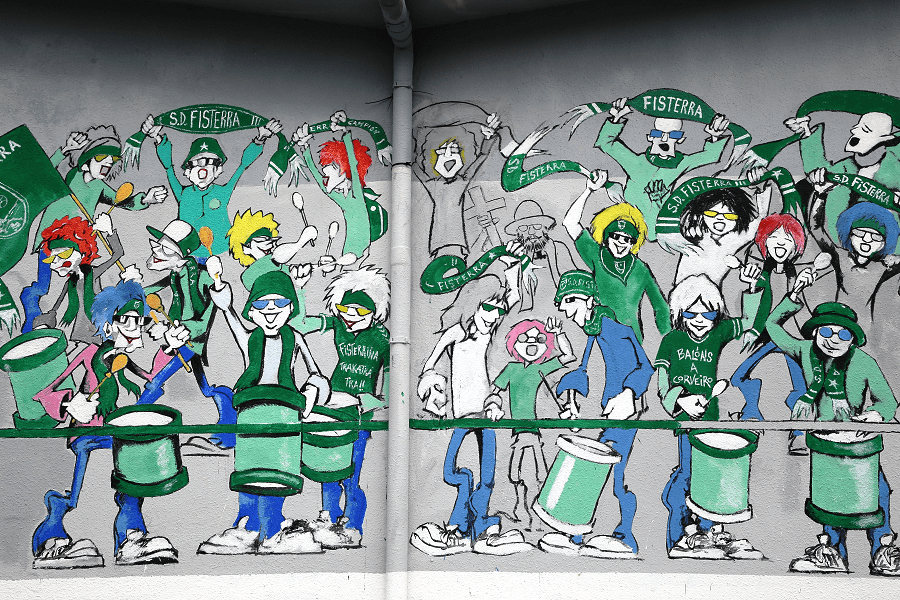 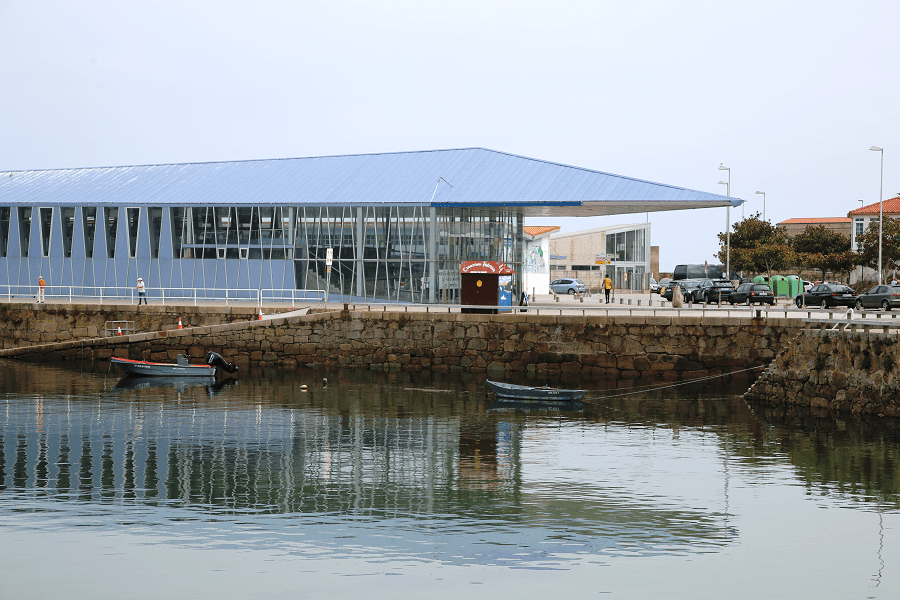