The government of Andorra and the Spanish Cinema Festival of the Pyrenees signed an agreement on cooperation in the framework of the festival Picurt • All PYRENEES · France, Spain, Andorra 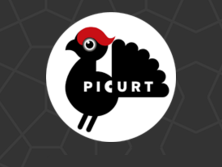 The Ministry of environment and agriculture of Andorra and the Spanish Cinema Festival of the Pyrenees (Mostra de cinema de muntanya dels Pirineus) signed an agreement on cooperation in the framework of the festival Picurt on May 17.

Picurt is an annual film and TV movies festival from different countries of the world, organized by the Association of culture and environment of the Pyrenees (l´Associació CEP – Cultura i Entorn del Pirineu). To participate in the competition, the film shooting must be made in the Pyrenees.

For the first time the competition took place in 2006. From 21 to 25 June 2016 the tenth competition will be held, which will bring together nearly 60 works, including documentaries, covering topics of social anthropology, ethnography, traditions, sports and culture, as well as the environment and history of the Pyrenean region.

The competition will be attended by the representatives of the National Commission for UNESCO of Andorra, television and radio company of Andorra, the Society of the science of Andorra, National archive of Andorra, as well as producers and film directors of Andorra.

The Andorran government will finance this project in the amount of 3 000 euros.