The film crew of the television project Art de Garage announced the casting for the filming of the adventure series "Impact", the second season • All PYRENEES · France, Spain, Andorra 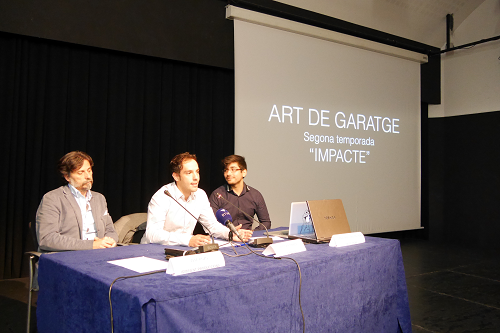 The film crew of the television project Art de Garage, led by the director Hector Romance and producer Daniel Arellano announced the casting for the filming of the adventure series “Impact”, the second season.

The casting will take place on 12 and 13 July from 17:30 to 21:00 in the cultural centre of la Llacuna, Andorra La Vella. Everyone is welcome in age from 22 to 50 years. “We need new faces for main and secondary roles,”  said at a press conference on 21st June Hector Romance.

The project received the support of the government of Andorra. Among the sponsors are Pyrénées Andorra and Andorran McDonald’s.

Shooting is scheduled for September 2016.