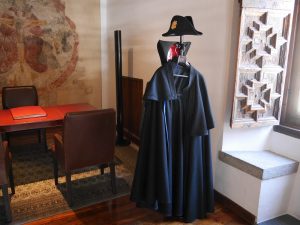 Household goods will be exhibited publicly for the first time in the framework of the European heritage days, which are celebrated on 16 and 17 September in Europe. The exhibition “La Casa Rossell: una mirada interior” will be organized on the first floor of the postal museum at the following address: Era del Raser, Carrer Major, núm. 2, Ordino. Among the items on display are furniture, coins, books, documents, clothes, jewelry and crockery.

Casa Rossell is one of the most unique old houses of the principality, where generations of economic and political figures in the country lived. The founder of the house is Antoni Fiter and Rosell (1706-1748), in whose honor today one of the Andorran streets is named .

On Saturday September 16th, at 19:00 a concert by the Andorran national orchestra Onca Bàsic (Quartet per l’art), performing Mozart, will take place.

Andorra has participated in the celebration of European heritage days for 23 years in a row.