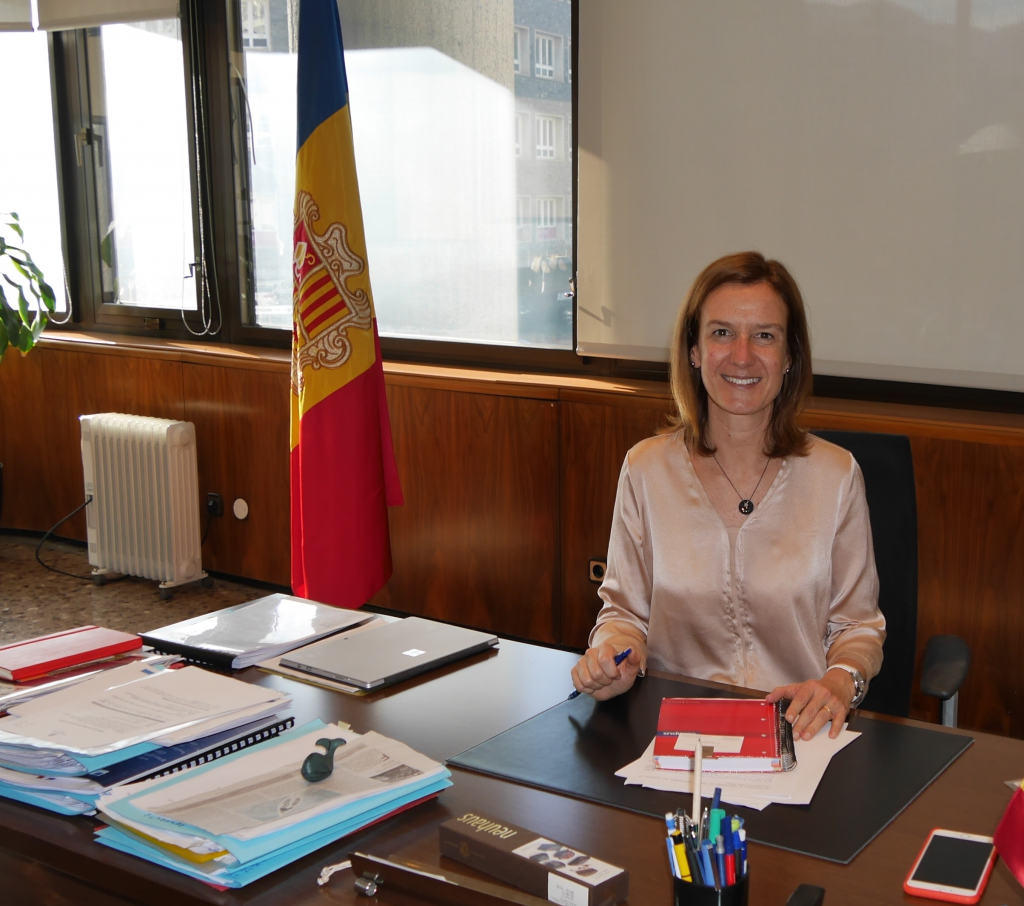 The Minister of the Environment, Agriculture and Sustainable Development of Andorra, Silvia Calvó spoke to all-andorra.com about Andorra’s environmental programs:

What are the main environmental problems faced by the Andorran government ?

I would rather not speak about environmental problems, but about strategies to further improve the environment and quality of life of our citizens and the tourists who come to visit us. Our government is implementing two main strategies: the strategy of the fight against climate change, which involves the transition of our energy model, and the national strategy for improving  our country’s landscape , particularly in the industrial areas. We work together with the seven parishes’s authorities on these issues. As you know, Andorra is a tourist country and the landscape is one of our main assets.

What has the government of Andorra already done in each area ?

Andorra was one of the first states to submit its national contribution to the fight against climate change at the international level. The Andorran parliament has already ratified the Paris agreement on climate change. The agreement replaced the Kyoto protocol and was adopted in December 2015 at the United Nations conference, when all the countries’ members committed themselves to limit the increase of the average temperature on the planet to less than 2 degrees Celsius, compared to the so-called preindustrial period.

The national contribution represents the commitment of each state in the framework of the fight against climate change and provides, in the case of Andorra, a 37% reduction in greenhouse gas emissions by 2030.

The Andorran government launched the program ENGEGA, which supports the purchase of electric vehicles. The budget for this program is 1 million euros each year for three years.

The Andorran government also actively participates in programs of climate change protection at the international level. Last year for the first time I had the honor to represent Andorra at the climate conference of the UN in Marrakech (Morocco). Andorra co-organised a meeting on the effects of climate change in mountain areas. It is a specific topic and it was very interesting to hear the opinions of the other mountainous countries.

We are also working on a public transport program, based on using new types of fuels, as well as on a project for developing electric bikes.

As for the changing of our energy model, I can say that we are encouraging the use of solar energy in the principality. We launched a program to support solar energy production through a grants system. It is a joint program between the government and FEDA. This program, allows them  to purchase energy produced by solar panels at attractive prices and motivates people to install solar panels on their roofs. Currently, the production of electricity by solar panels is 600 Mwh which corresponds approximately to the energy consumption of 260 families.

We also have a 1 million euro RENOVA program, which allows people to finance part of the insulation work or improvement of the heating systems of private buildings. This allows us to save energy: well-insulated buildings use much less energy. Interested property owners can ask for the aid provided by this program.

What was the volume of financing for the environment protection program in 2016 ?

The total budget was about 20 million euros.

I would also like to draw attention to additional programes, for example, the “3E” program (eficiència, énergia, escola), which means ” energy efficiency in schools “.

It is a joint project with the Ministry of Education and the Ministry of Territorial Planning. We are investing money to improve energy efficiency inschool buildings. The environment and education are very closely linked. It is easier to change the behavior of young people, so we explain to children that it is necessary to save energy. We have installed sensors inone of the Andorran schools to better explain to children about energy consumption. Youforgot to turn off the lights or your computer? Take a look now how the consumption of electricity increased during the night.

What is the data on the climate’s evolution in Andorra in recent years ?

What are the areas less favored from the point of view of the environment in Andorra ?

Sometimes, we have problems related to waste abandoned in the natural landscape or on river banks. We carry out regular inspections in order to detect black spots in the rivers or used tires in the fields. And we welcome our citizens’ aid. The government of Andorra has a website where you can warn of environmental problems. Fortunately, there are many participants. These reports allow us to react instantly and eliminate the cause of the pollution immediately.

Are there any interactive programs for the tourists for their involvement in this process? In what languages are these systems  available?

Currently the system is in Catalan, but it is planned to make improvements to extend it.

Has this program existed for a long time ?

The program was launched in 2012. Currently it is having very good results.

What is the national program for waste recycling?

Selective waste collection – glass, paper, and packaging – is mandatory for large-scale producers. All recyclable waste is exported to Catalonia, to the plants closest to Andorra. The different constituents of the packaging are also separated ( aluminum, plastics, etc)… and are also sent to Catalonia. Andorra has no factories for recycling because there is not enough volume of waste to be treated and so it would not be profitable to build our own recycling plant.

But the country has a large sorting centre for waste as well as seven local centers for sorting residues (waste dumps) located in each parish.

The export of all recyclable waste costs almost € 1 million per year.

What are the priorities for agriculture development?

The diversification of agriculture is one of the government’s priorities. It is necessary to find agricultural products that can be grown in mountain areas with our specific climate and topography. Research projects have been carried out on potatoes and medicinal plants, truffles and wine. Currently we are researching whether planting blueberries could be developed in Andorra. Our ministry works closely with APRA (the Association of Peasants and Cattle Breeders of Andorra), to continue developing agriculture and livestock in Andorra, which is essential to the maintenance of the biodiversity and landscape of the principality.

What can you say about the quality of meat and agricultural products of Andorra?

The meat of cattle produced in Andorra is recognized at European level and has been awarded the IGP (Indication and Geography-Protected, IGP). This certification ensures that all the parameters of traditional production associated with our territory are respected. This year, the government has created a certification of quality for wine produced in Andorra, which will be marked under the label “Vi de qualitat controlada d’Andorra” if it complies with the specifications.

Are you considering an increase in the area of national parks in Andorra?

Our parks, such as Sorteny and Coma Pedrosa, are created and managed by the Comuns. The government can help and support but this can only be an initiative of the Comuns.

Is there a program for strengthening the population of wild animals ?

Last year we approved a new law on hunting. It was made in full compliance with the Berne Convention, developed by the Council of Europe. This precisely concerns the management of wild animals and allows us to decide which animals can be hunted and which cannot, but always with wildlife protection in mind.

What types of animals living in Andorra are highly protected?

Some species of animals and birds are protected, the Bearded Vulture, one of the rarest raptors of Europe, is one of them. We have a support plan conducted jointly by the Ministry and the Association for the Defence of Nature, ADN As for animals, I can also mention wild chamois, roe deer, wild boars and mouflons. These animals can be hunted, but it is necessary to respect a balance in order to maintain an optimal population size.

From your point of view, should the hunting of wild animals be prohibited ?

It must be well managed.. The new law allows us to do this. Here in Andorra there are no predators such as wolves and bears… If a population of wild animals isn’t hunted, it may have a negative impact on other populations of animals or on agriculture. This is why finding a balance is important. But always from the point of view of the preservation and conservation of nature. 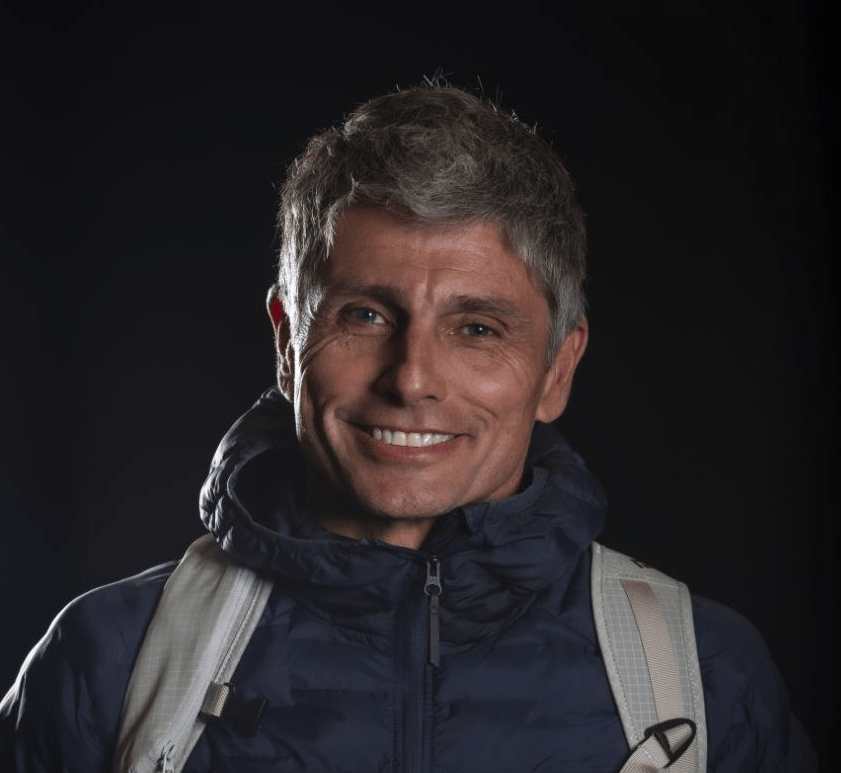 The latest exciting news is that the FWT was purchased by the International Ski Federation, said Nicolas Hale Woods, FWT Founder and CEO