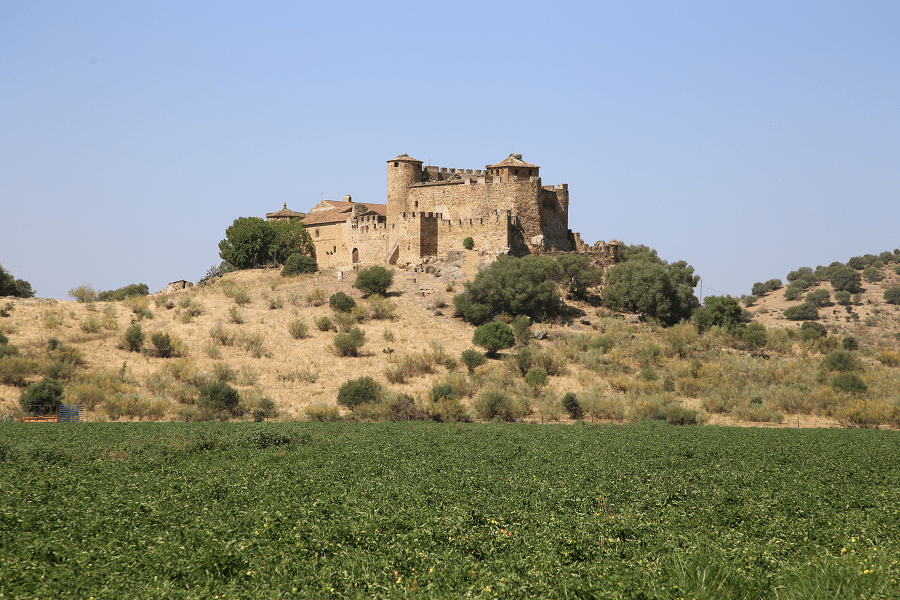 The Encomienda Castle or the Castle of Castillnovo or the Castle of Castelnovo, is a 13th century fortress. It is located on a hill about eight km from the town of Villanueva de la Serena, a Spanish municipality located about 118 km from Badajoz, capital of the province of the same name, in the autonomous community of Extremadura, and 58 km from Merida.

King Fernando III conquered the town of Trujillo in 1232 accompanied by the Bishop of Plasencia and the knights of the Order of Alcántara. They continued their advance through the lands of the Comarca de la Serena and took a series of Muslim fortifications. The chronicler of the Order of Alcántara, Alonso de Torres Tapia, notes that in 1232 a totally Christian castle was built on the ruins of another, the Muslim castle of Mojafar, after King Ferdinand III expelled them from those lands and destroyed that castle.

The castle that remains today comes from the 14th century and it is located on a low hill above the plain, north of the Guadiana River. The main part of the fortress has two towers on its southern flank, one prismatic and the other cylindrical, joined by a wall canvas. It is equipped with good communications between the towers and the walkways by means of stairs and platforms that facilitate defense. Around all of it has a barbican.