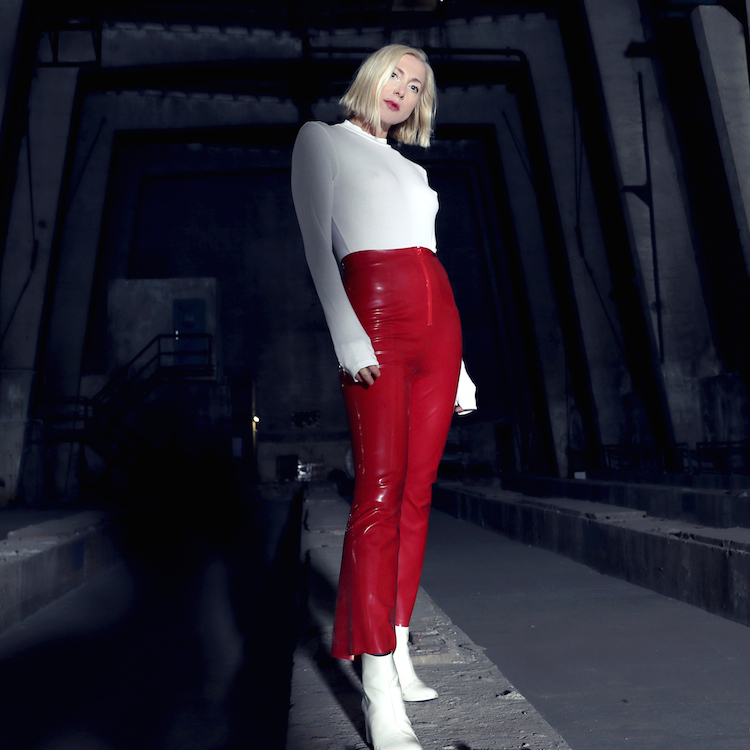 Ellen Allien speaks about what makes Berlin’s club scene so unique, upcoming releases on her labels, plans for a new album, impressions from touring in different countries, her party “We Are Not Alone” and other interesting stuff

Being one of the leading forces of Berlin’s techno scene, Ellen Allien always carried an incomparable personal touch of her musical style with her, as she describes as “a hard and funny type of energy full of positivity, which can be at same a bit melancholic but not too dark and always with a sense of humor”. This is what all Ellen Allien’s musical affairs are about.

Ellen Allien spreads her influence and approach as the mastermind of her labels – a long-established platform for high-quality electronic music – BPitch, and a new one – responsible for emotional and functional techno UFO Inc. Besides forming the musical policy for the labels by selecting the best and most unusual electronic music from all over the world, Ellen Allien is well-known for her own musical productions – eight solo albums, a bunch of EP’s, remixes and impressive collaborations.

Her music perfectly reflects the spirit and lifestyle of Berlin’s club scene and with a twisted and technically advanced mix of the contemporary techno sound, real rave attitude and some of the weirdest tunes, covers it’s present, past and future. The passion for Berlin, its liberal 24-hour nightlife and unique clubs with special identities is in the DNA of Ellen Allien’s music and could be noticed as well in many music videos which she actively releases for her tracks. As a promoter, she takes an active role in Berlin’s club scene with her parties ‘We Are Not Alone’ which is one of the finest 48 hours of Berlin’s techno adventures that happens bimonthly in the club Griessmuehle.

We had a chance to have an interesting conversation with Ellen Allien during her tour in Mexico about the latest releases on BPitch and UFO Inc., her approaches in creating music videos, what makes Berlin’s club scene so unique, plans for a new album, places in the world where she likes to perform and other interesting stuff.

Hi! It would be great to know what you have been up to recently in your musical production – do you have any exciting new releases, or maybe plans for a new album or some remixes?

At the moment I have just opened a new label in 2019 called UFO Inc. and started to release a lot of great music there. One of the upcoming releases will be the music by Heidi Sabertooth, she is an artist from New York and she does really great New York weird techno, very loud and noisy, she plays live shows and DJ sets as well. I really love her music. Then I’m going to release Alien Rain which is a project from Berlin. 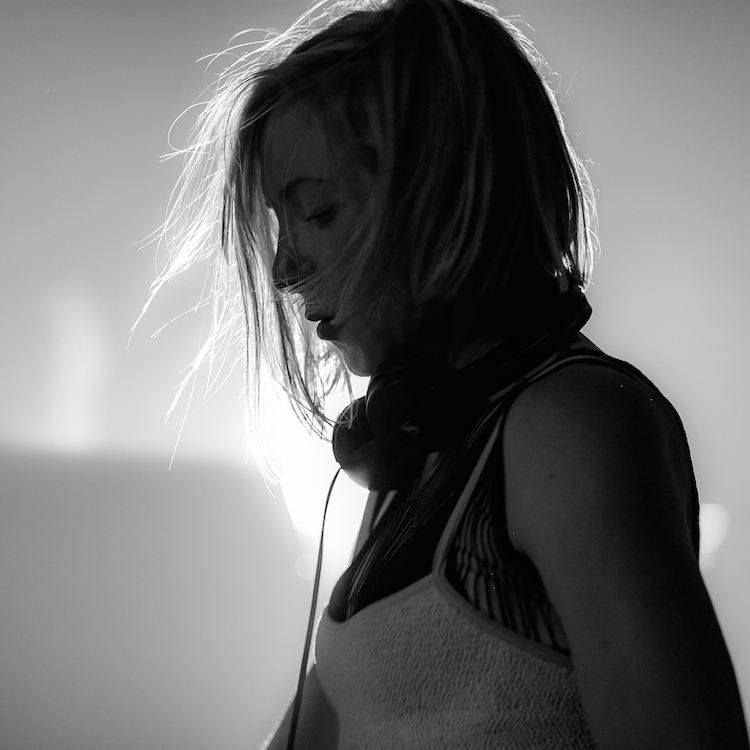 On BPitch there are a lot of new records planned too. We are going to put out a new record of Regal, he is an artist from Spain that had a track “Overground” that was one of the label’s highlights in 2019 and also a release from a producer and from the UK’s Sunil Sharpe and from the Italian project from Turino, Boston 168.

As for me, I’m planning to do a remix for Amotik, he is a half English –half Indian guy, and a resident of the club Berghain in Berlin. He is one of my favorite artists and this remix is going to be released soon in 2020. And I’m working on a new album that is nearly finished. I still don’t know on what label I’m going to release it. I really like the production of my new album; it has a really interesting and crispy sound and my voice sounds like an alien’s voice. And I already play a lot of tracks from the new album in my sets. Actually, my sets now consist mostly of mine and my friend’s unreleased music or special edits. That makes my gigs quite exclusive.

What was the reason for organizing a new label UFO Inc., when you already have BPitch which is a well-known and established brand of good quality and always moving forward electronic music? Is the new label somehow different in its musical style compared to Bpitch?

Yes, UFO Inc. has a little bit more of a rough and neurotic sound. And it is more focused on new artists as a new platform for them. Also, one of the reasons why I organized the new label is that it has a new distributor called Clone and they asked me to do a new label especially for them.

UFO Inc. is a techno music label, oriented towards dance music for DJs. It is for emotional and functional music for the dancefloors. When I’m doing tracks for UFO Inc, I think mostly how it will work at a party in a nightclub. On my albums that I release on BPitch there is much more space for art, personal lyrics and experiments with different styles. And I don’t want to release albums on UFO as I do on BPitch. Bpitch is a much more eclectic label releasing music that crosses over into many styles and therefore gives more space for self-expression.

Last year you released a bunch of really great videos for your new tracks on UFO Inc. They are all made in a recognizable style – with a very lo-fi 90s rave aesthetic and full of humor and passion for Berlin. Has one director that was carefully following this concept made them or do you work with different people on the videos?

I always work with the same team of people and mix them together in different ways for each video. It is always teamwork that brings an exchange of ideas and shows our lifestyle.

And yes they reflect the things I like. Always when I go out to dance or play in some nightclub I like to bring hard and funny types of energy full of positivity, which can be at the same time a bit melancholic but not too dark and always with a sense of humor. I am a very funny person. I like to make people laugh and dream. This is all in my character and mentality.

It is very noticeable that one of the main themes in your videos is passion and love for Berlin. How do you see the club scene in Berlin at the moment? Can the city still be described as one of the main nightlife capitals in the world?

We have a very developed club scene in Berlin, one of the reasons is that we don’t have closing times. We have a lot of big and small clubs that are open for 24 hours and it is really amazing because people don’t have to leave them or they can go home and come back.

Also the German club owners are very good at design. They invest a lot of money in their clubs and develop them, making them better and better. They don’t waste their money on luxury cars and fashion, maybe only on kids and family if they have a family. They put a lot of money into the club and it is what makes Berlin’s clubs very different from other clubs in the world. The club owners here are very into their venues and usually run events there. In Berlin, clubs grow very slowly and all of them have their own identity. The owners are really thinking about what they want to do. They are not thinking about the trends, they are trendy and they are making the trends.

This good club situation in Berlin has a lot to do with the economic situation in the city after the wall came down. There was not much money in the city at that point and the government was quiet liberal with the nightlife and was not looking after us much, letting people party for 24 hours and take drugs as all this clubbing helped the tourism grow and brought money to the city. This helped the property prices to increase and developed the art and fashion scene here.

This all makes clubbing in Berlin very high quality. Usually when I come back to Berlin and have a chance to go out or to play here I think – wow, this is just amazing what is going on here!

As I understand, in Berlin you mostly play at your own party called We Are Not Alone. Can you please tell us a bit about this event?

I host it every 2 month in the club Griessmuehle. It is a big 48 hour party with 4 dancefloors. I book DJs for We Are Not Alone that play hard and funny techno with a real rave attitude. The party has a really young and amazing crowd. And I have a really good connection and understanding with the owners. They are really enthusiastic and they love what I do, so it’s always a nice experience to be with them.

Are there some other places in the world where you really like to play and which could be comparable to Berlin in terms of the level of excitement of the parties?

There are also some other countries with great parties where people give you great energy. Usually in Spain the vibe in clubs is really friendly, the people in clubs in Greece are amazing. Maybe the club design there is not so wow as in Berlin. I think it’s because there are not so many old clubs as in Berlin. People own them only for a couple of years and normally haven’t had an opportunity to invest so much money into the design or they spend their money on some other things.

Where are you next going on tour to?

Right now I’m on a tour in Mexico and after that I am planning to have a vacation finally.

We hope you have a great holiday and thank you for the interesting talk.