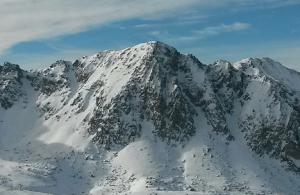 Andorra is a country located in the heart of the Pyrenees mountains bordering France and Catalonia (Spain). Andorra is one of the most mountainous countries of Europe.

Wildlife is considered to be the main ally of the Principality. In some places of the Pyrenees mountains rise more than 1300 metres above the valley, where the main population of the Principality live. The “roof” of Andorra – its highest point is el Pic de Comapedrosa (2942 metres height above sea level). The peak towers over the valley of Arinsal. Among the other highest points – el Pic de l´Estanyó, el Pic de Medacorba, la Roca Entravessada, el Pic de Font Blanca and el Pic de la Portelleta. There are 7 mountain peaks in Andorra which exceed 2900 m.

El Pic Negre or Black peak is one of the peaks of Andorra, available for climbing. It has a height of 2827 meters above sea level. The locals name its top as a “watchtower” of the Pyrenees, boasting breathtaking and captivating views of the valley Envalira. Ridge connects El Pic Negre with another top – El Pic Blanc, which means White peak. Both peaks are almost identical and they originate within the Earth and literally run into the sky.

El Pic Negre is situated on the conditional border with the French part of Catalonia. You can reach the top from Pas de La Casa and Grau Roig (Grau Roig, as well as Pas de la Casa is one of the sectors of the Grandvalira ski resort).

In the summer the most popular way to reach El Pic Negre top –  is from Pas de La Casa. In winter and spring the best route is the ascent from Grau Roig by el Circ de la Menera and la Portella de Joan Antoni. This route is justly considered as the the most beautiful mountain route of the Principality of Andorra.

The starting point of the “winter” route – Parking in Grau Roig (height 2100 m above sea level). From this point El Pic Hegre top can be clearly seen. If we move in a South-Eastern direction, after 45 minutes of climbing you reach a plateau. Next you need to keep on the right and move in the direction of Clots de la Menera. This is a fantastically beautiful place! To the right you can see the Northern slope of the Bony d’Envalira, on the left – Pic de la Menera, which without exaggeration can be called a “place of power”. To the left, in the lowest point of the ridge, there is a barely discernible narrow passage: here we go, leaving behind a small pond.

El Circ de la Menera is also impressive with its beauty. To the left of la Portella de Joan Antoni are el Sud Pic d’Envalira (South peak) and two peaks of Envalira. From la Portella de Joan Antoni the ascent of about 40º starts. There we will need crampons (metal fixture for movement on the ice, attached to boots in a variety of ways, used in climbing, mountaineering and ice climbing). Then our path lies to the North-East ridge towards el Sud Pic d’Envalira (+2786 m). Total route time from starting point – 2 hours 30 minutes. The reward for a long but still unfinished journey – an incredibly captivating views of El Pic Negre. Hereinafter, we have a fairly easy descent by the opposite side of the ridge.

Here starts the climb of El Pic Negre. This part of the route is not considered to be difficult, but crampons are also needed. Our journey time is 2 hours and 50 minutes. Then – the last twenty-minute ascent on the Northern part of El Pic Negre d’Envalira. We’re here! Now you are awarded to enjoy the spectacular views in all directions.

The descent is carried out on a similar route.

The total cruise duration is about 3 hours.

The altitude difference is about 850 meters.

The availability of the route: from early December to early may.

Look here for more information about the professional alpinist, the author of the blog, Carles Gel Rodriguez 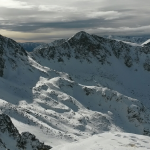 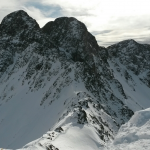 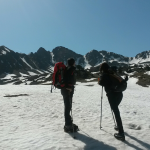 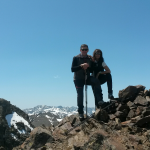 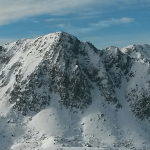 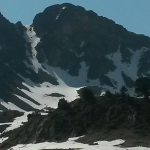 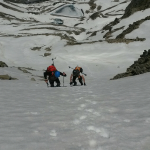