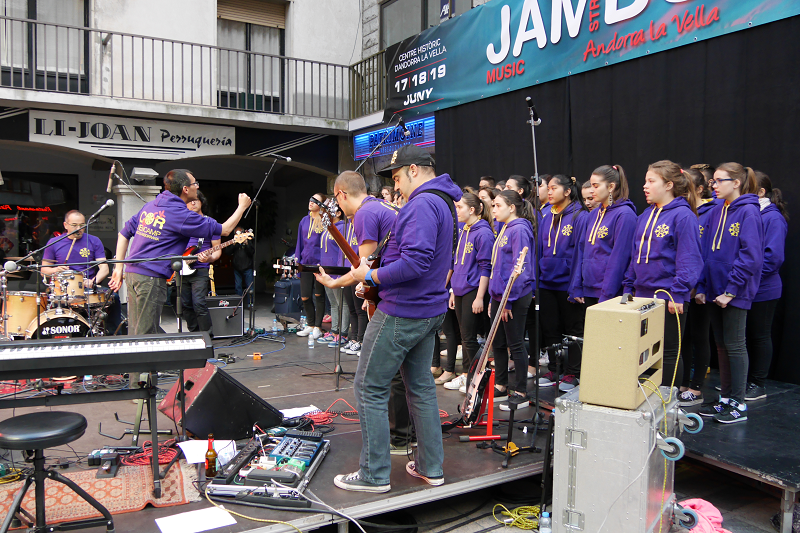 Andorran musical group, El Cor Rock d’Encamp, applies for the financial support necessary to participate in the US music festival, reports City Hall of Encamp. The team consists of 45 boys and girls aged 12 to 16 years. The festival will take place in New York from June 17 to June 23 with the participation of one of the best children’s choirs of the United States, Young People’s Chorus of New York City, and its composer Jim Papoulis.

The festival includes performances in Times Square and at the headquarters of the United Nations.

Last summer, two leaders of El Cor Rock d’Encamp Jordi Porta and Gil Blasi met with the American composer in the framework of the choral conducting courses in Segovia (Spain) and agreed on cooperation. In particular, Jim Papulis invited the chorus of Andorra to perform with the choir in New York.

The team needs 6000 euros. Currently, the choir management has a total of 1.345 euros. The entire amount must be collected within 33 days. Donations from 25 to 300 euros are accepted at: ttps://www.verkami.com/projects/17379-a-la-conquesta-de-la-gran-poma.

All sponsors will be awarded DVD El Cor Rock d’Encamp, T-shirts, concert tickets and other prizes.