Egyptian Lover: Just like in the 80s • All PYRENEES · France, Spain, Andorra

Electronic music pioneer, Egyptian Lover, tells us about his latest album, his old school approach to creating music, views on modern education and ways of developing hip-hop, as well as much more..

Greg Broussard, an important man and artist, with his ironic alias Egyptian Lover, has already been in the music industry for 35 years. Starting from the early days of his musical production, he invented a unique Egyptian Lovers style that he still follows. His music represents the early ‘80s hip-hop and electro sound, being pure analog electronic with danceable drum machine beats, vocoder robotic voices, party vibes and a good sense of humor.

He still keeps the balls rolling, being an actively touring artist, releasing new great albums and running a record label. Young generations and older guys with nostalgic feelings for ‘80s electronic music dance to his sets in nightclubs and festivals all over the world.

We found this remarkable artist in his LA studio focused on a new album. Greg was kind enough to tell All Andorra many interesting things about his approach to making music and videos, shared some exciting memories of his early days and his views on modern reality, and it was certainly a very interesting talk. 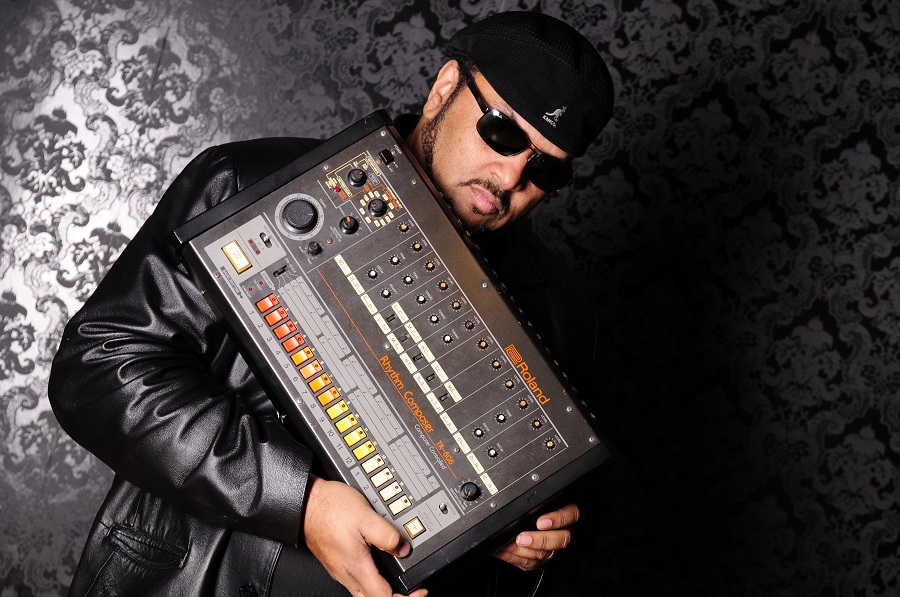 Hi Greg! Not so long ago you released a great album, “1985”, and a bunch of videos from the songs on it. What are your future plans for Egyptian Lover?

Right now I am in the studio working on the next album – “1986”, which will complete the series of the 3 albums that began with “1984”. I also just released a video for the song “Beyond The Galaxy” that I made with DJ Qbert and am planning to release a video for the song “International Freak” next month. And I continue touring, I really love it and it inspires me.

My last video “Beyond The Galaxy”

Your videos are really great, they have a recognizable style and are done in this carefully recreated esthetic of the ‘80s. Who does them for you?

I work a lot with my friend Viktor Brooks, he actually made the last video for “Beyond The Galaxy”. And I also like to use other people, I had two animated videos, one was done in Australia, the other one in the UK.

Your music and videos have this retro-futuristic electro vibe. When you work on new stuff in the studio do you see your goal as trying to bring back this old school hip-hop and electro sound or do you try to bring new shapes and ideas to it?

I’m definitely always up for new ideas, but I like the old school sound and continue to create the kind of music that I DJed back in the days. I started to do music in the ‘80s, and I’m still inspired by the music of this time, and I mostly listen to it. And in my studio production I’m using this old equipment like a TR 808 drum machine and vocoder, so it’s a pure analog sound, just like in the ‘80s.

Your music represents early hip-hop. When it appeared, it was a really futuristic and pioneering genre. Do you think things changed a lot when gangster rap was born? Hip-hop became less groundbreaking and some futuristic style disappeared?

Hip-hop went in different kinds of ways. I’m playing early hip-hop that represents the party and the club scene. Gangster rap represents more the street style. But I’m still playing the music in the style that I created in the ‘80s, and have been doing it already for 35 years – the music in my own Egyptian Lovers way hasn’t changed from day one of my musical production.

And how did you come to music, how did it all start for you?

I had a great childhood and I really appreciated it. I grew up in South LA. In my time, children had many more opportunities to use and develop their imagination. We didn’t have any video games, we had toys like GI Joe, Hot Wheels, Army Man and had to use our imagination to create our own playland and have fun. And the education in the ‘60s, ‘70s and ‘80s was organized in such a way that there were a lot of art programs in school where children could develop their creativity in music, drawing and stuff like that. This is where I got the base of my imagination from that helped me when I became an artist, I used it all the way – it helped me to invent the alias Egyptian Lover, to do drawings for the covers of my records and to compose music. And I feel sorry for the modern kids that don’t have this possibility to improve their creativity with all these video games and smart phones when everything is already created for them. 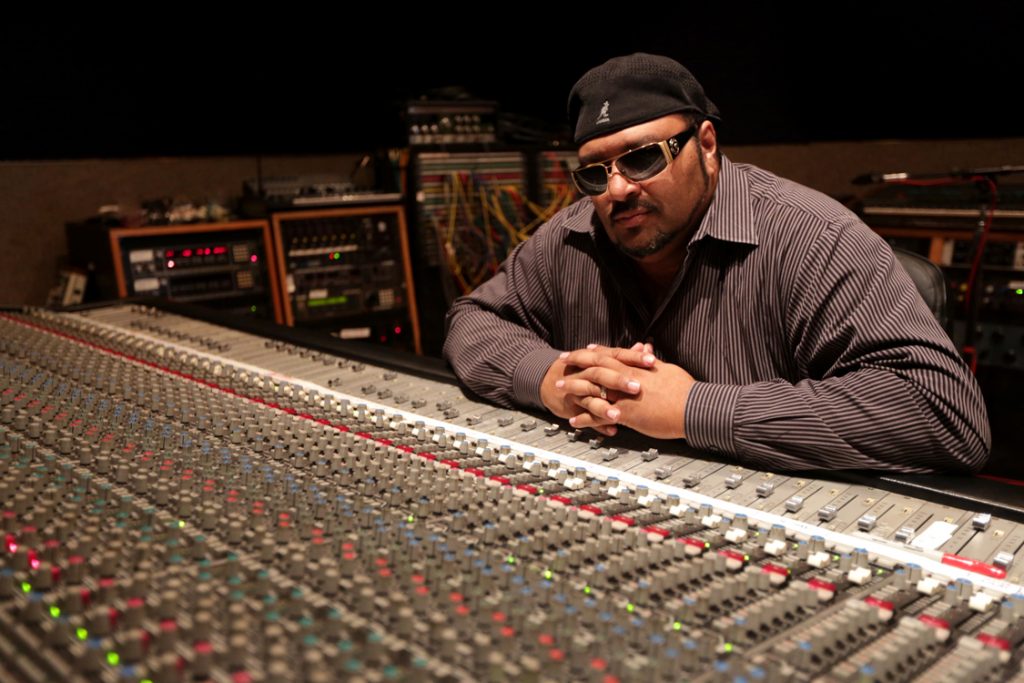 And you started your path in the music business as a member of a legendary promo group Uncle Jams Army, which threw massive parties in the LA sports arena in the ‘80s. Can you tell us a little bit about this exciting life period?

We were a bunch of DJs there and we played all the hot music before any radio station could get it. We had a guy named Roger Clayton, he was the head of Uncle Jamms Army and he had this amazing ability to predict what songs will become hits before they were hits. Sadly he passed away in 2010. He taught me a lot, he was the best musical programmer I have ever known. I came to him before each set and showed him which tracks I was going to play and he told which of them will work on the floor and which wouldn’t. At the end of the night, we played very up-tempo music, early electro and hip-hop tracks and I still play them always in the last hour of my sets in order to show the world how we brought the party in LA back in the days.

At the time of Uncle Jamms Army I discovered a TR 808 drum machine and started to play it at the end of the party and the 10 000 people in the crowd just went wild. It worked so well, everybody thought that I was playing a new record. I realized that I must start to make my own music and went to the studio where I recorded my first single “Egypt, Egypt” that took off immediately and since that day I started to tour with my shows and making records non-stop, till this day 35 years later.

The TR 808 was the machine with which I made a take off in music and I’m still using it actively in my music production and can say that young kids all over the world, no matter what music they are listening to, love this old school sound that keeps the party going.

Young kids all over the world love this old school sound

As I know, you had a break for a few years from recording music in the ‘90s. What did you do during this time?

I was still touring a little bit, but I got married at that time and slowed down my activity in music and was more focused on family life. But when the internet came it made it much easier for the promoters to find me and I started to get a lot of overseas bookings. Also, I can say that thanks to these modern internet technologies, they helped me a lot to increase my record sales. Back in the days when I had a record label, it was hard to get my records stocked in all stores, but now since it is a digital download they never sell out and it’s another thing I love about the internet.

You are often on tour as an artist and have been to many places on the planet. Do you have any favourite places to perform?

Wow, I have been to so many places and each place is different and this difference is the thing I enjoy most of all. I’m really happy that I have had an opportunity to explore the world and to see different cultures. I grew up in a small neighborhood in the south of LA and never thought that I would have the chance to go to Tokyo, Moscow, St. Petersburg, Beijing, South Africa and places like that and to see with my own eyes the Great Wall of China or the Kremlin, which in a way is much better then to see it via a photo or in a book.

Not yet, but I’ve been nearby many times, but still haven’t had the possibility to go there. But I would love to go and perform there.

We really hope that it will happen someday and thank you very much for this great interview.