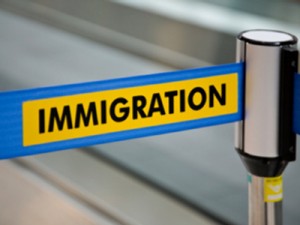 During 2015 the Department of immigration processed 3.630 new permissions to obtain residence in Andorra, the growth indicator made up 27% compared with the previous year. The total indicator of all “active” permissions in Andorra was 41.741 by 31.12.2016, 0.6% higher than a year earlier.

32.516 permits were issued under the category of “residence permit with the right to work“, 7.469 – “the residence without right to work,” 1.424 – “the residence for the staff of border areas”, 164 – “a temporary job for employees of foreign companies” and 39 – “working residence without the right to reside”. According to the Department of immigration, in the fourth quarter of 2015 1.061 new permits were issued, 30% more than the same period in 2014.

The statistics division of the Immigration Department, analyzing the data for the 4th quarter of 2015, confirms the upward trend in the number of permits for “residence with the right to work” and the fall in the number of applications by category “work for the staff of border areas”. In 2015 they also marked a growth by 50% of permits for temporary residence for employees of foreign companies.

36% of permits are residents older than 20 years.

Look here for more details about immigration procedure in Andorra