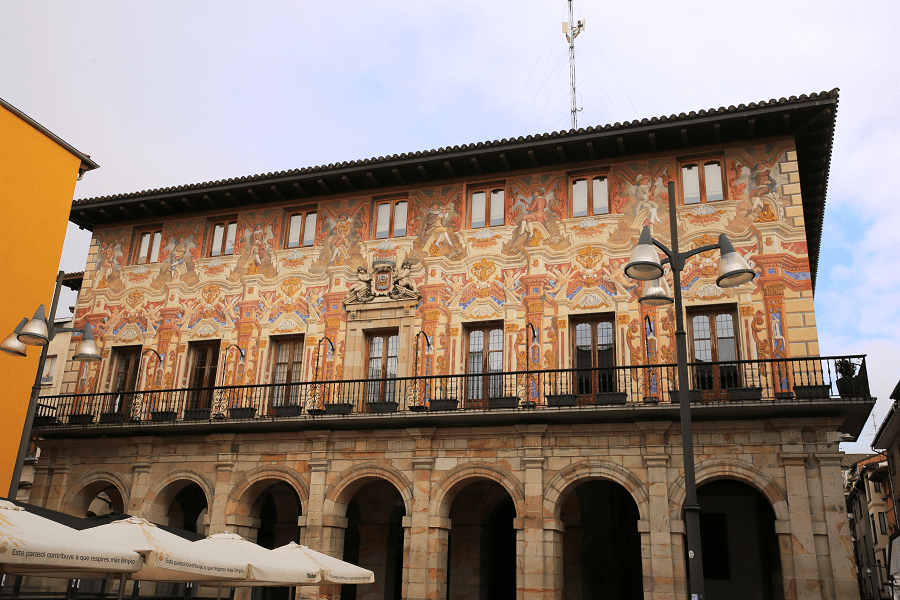 Durango is a town and municipality of the province of Biscay, located in the Basque Country, Spain. 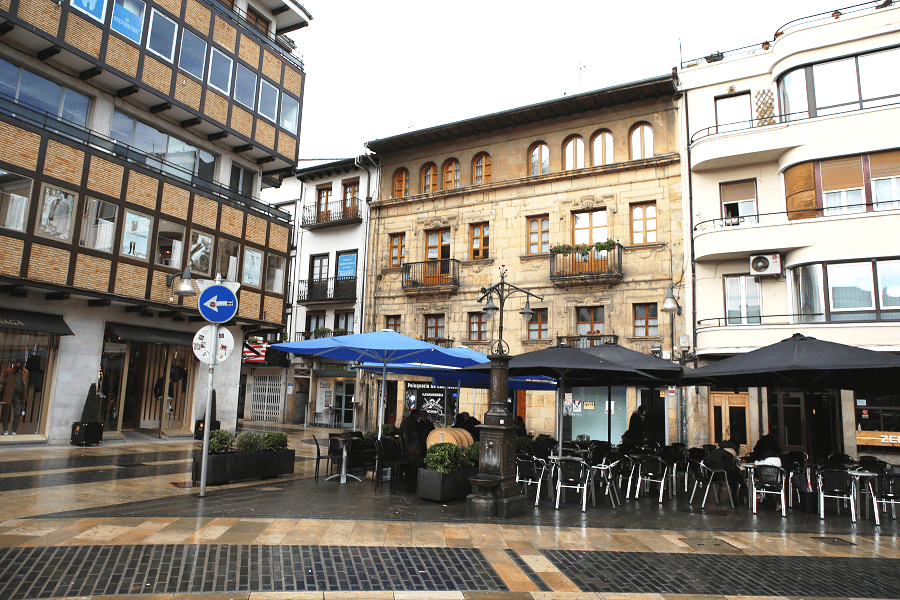 Due to its economic activity and number of inhabitants, it is considered the most important town in the province after the several that make up Greater Bilbao. It holds the titles of “Very Noble and Very Loyal to the Royal Crown of Durango”. 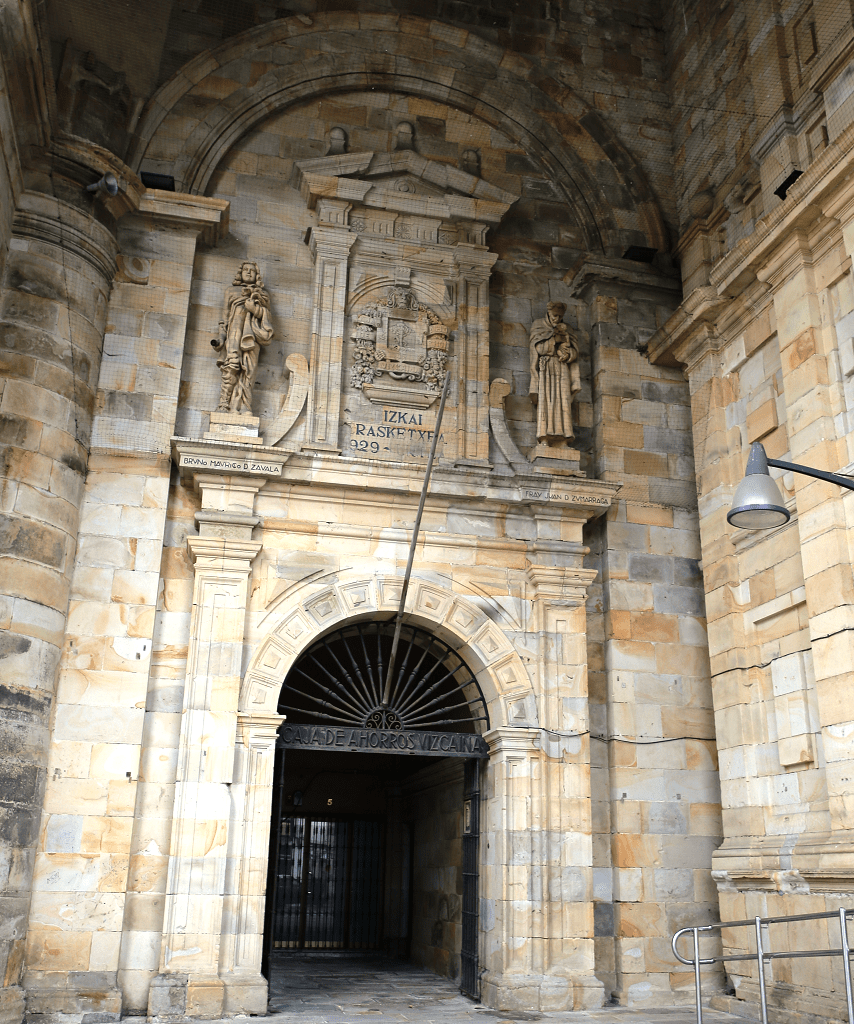 The historic center stands out, which still preserves the medieval structure with three longitudinal streets and one transversal, at the ends are the churches of Santa María and Santa Ana. 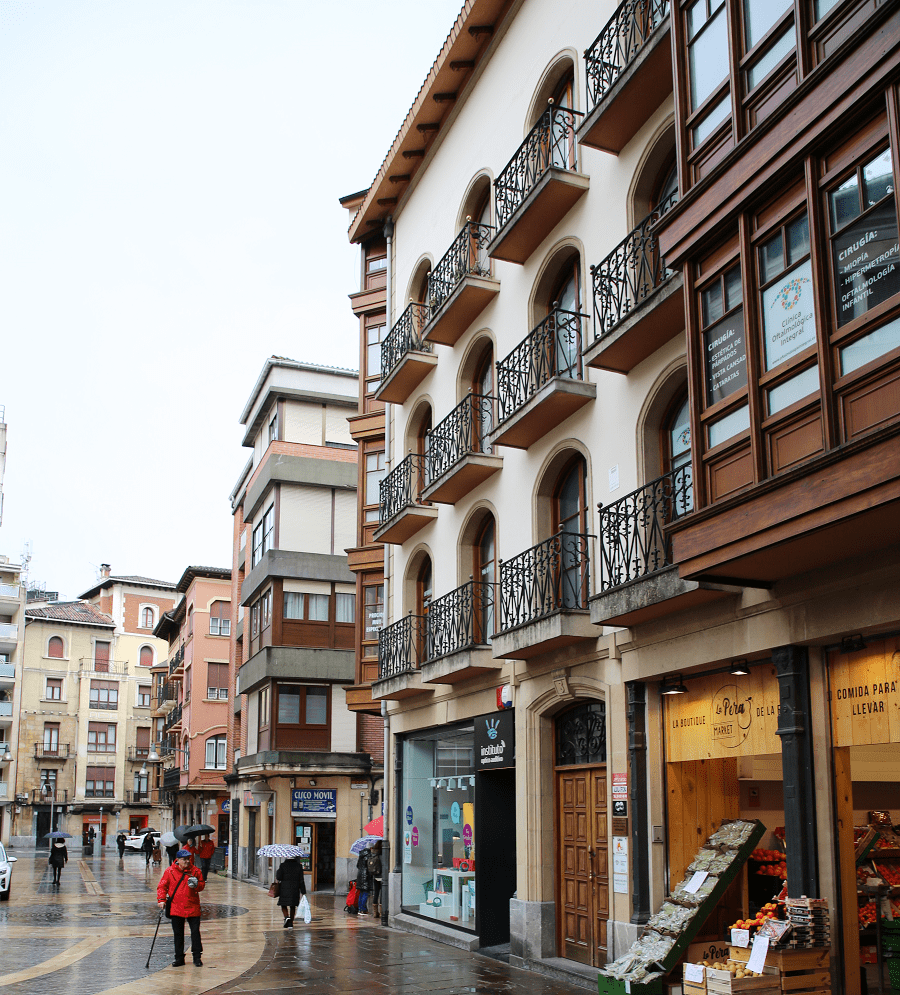 The Idol of Mikeldi, of pre-Roman origin, represents a quadrupedal animal. It is a sculptural piece found in Durango in 1864 and the original work is in the Basque Archaeological, Ethnographic and Historical Museum, in Bilbao. In Durango, the Ezkurdi park housed the replica of this piece until its remodeling. Currently this replica is located on Mikeldi Street in Durango. 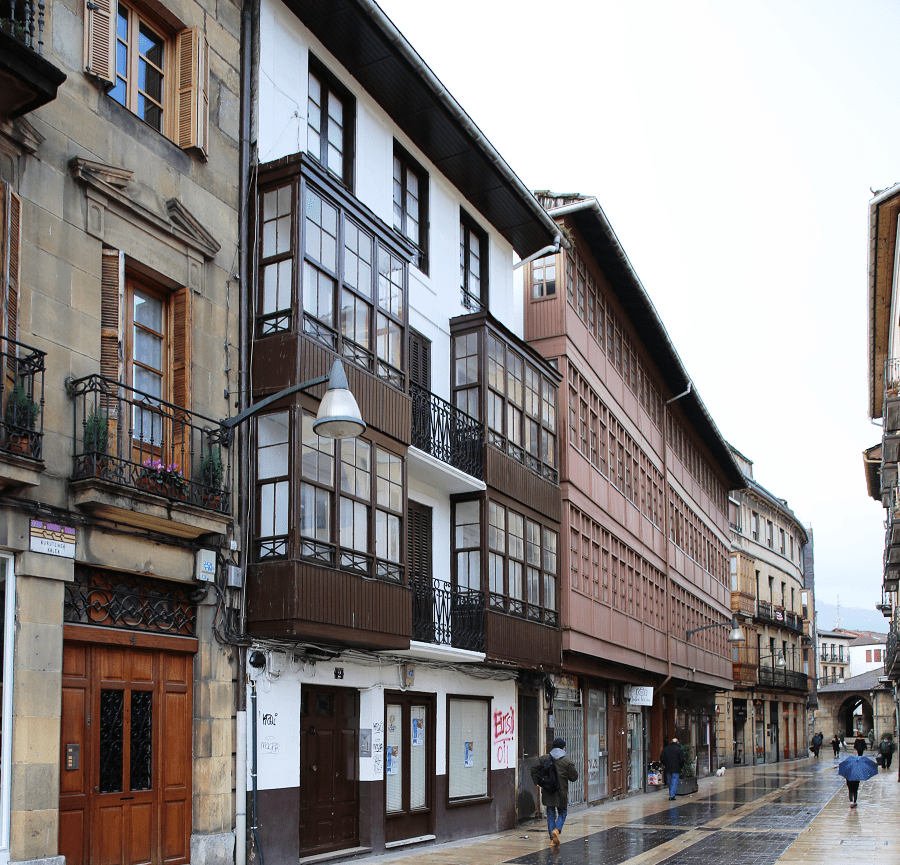 The Cross of Kurutziaga, from the end of the 15th century, is a magnificent example of a cross in the Gothic style (Gothic baroque), which represents the tree of the cross. 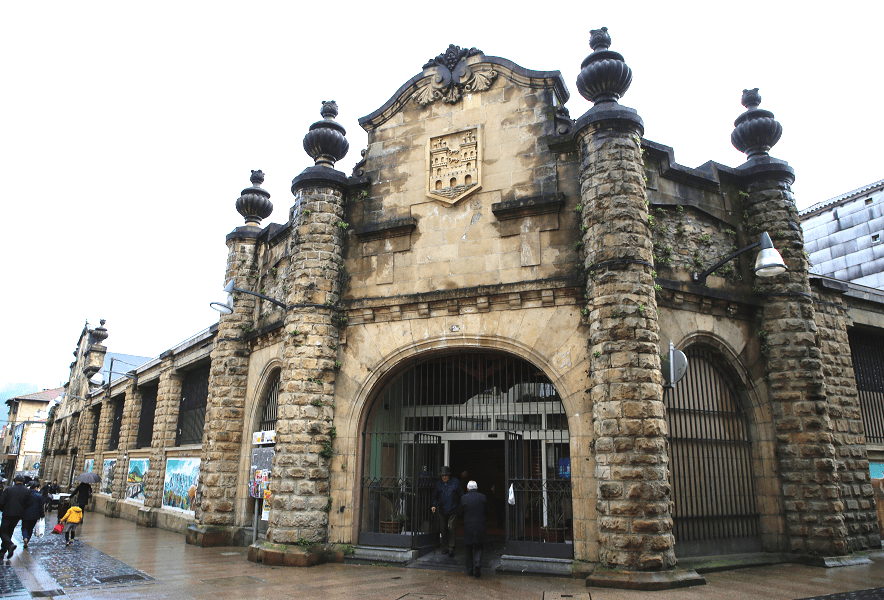 Lariz Tower. Very reformed and deteriorated until its restoration in 2007-2009.  It was the headquarters of the Tourist Office until it was moved to the Kurutzesantu Museum; The tower is currently the headquarters of Andragunea, a space for women and equality. 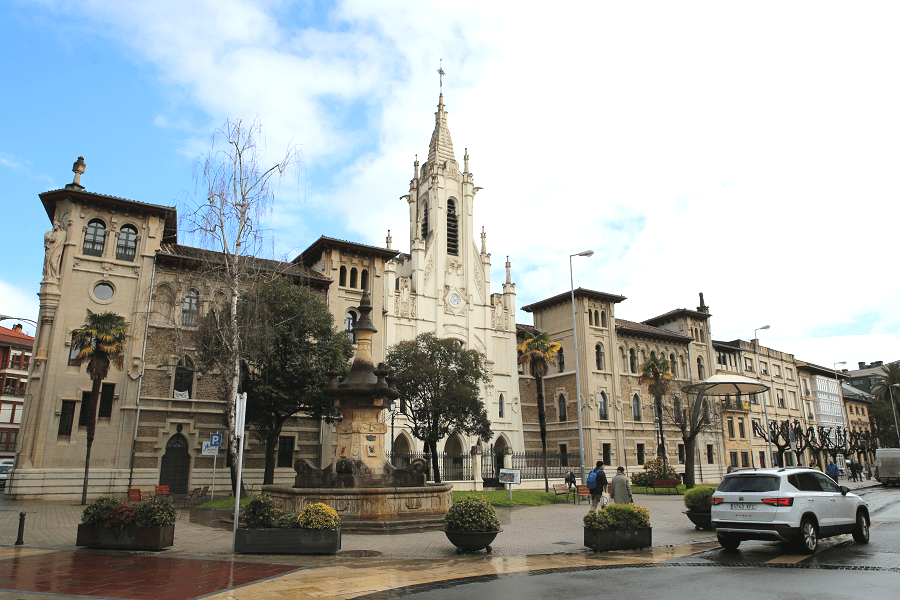 Arch of Santa Ana. It is the only door that remains of the old walls. It was built in 1566 and restored in 1744 and 2017. It is in the Baroque style. It bears the imperial coat of arms on one side. 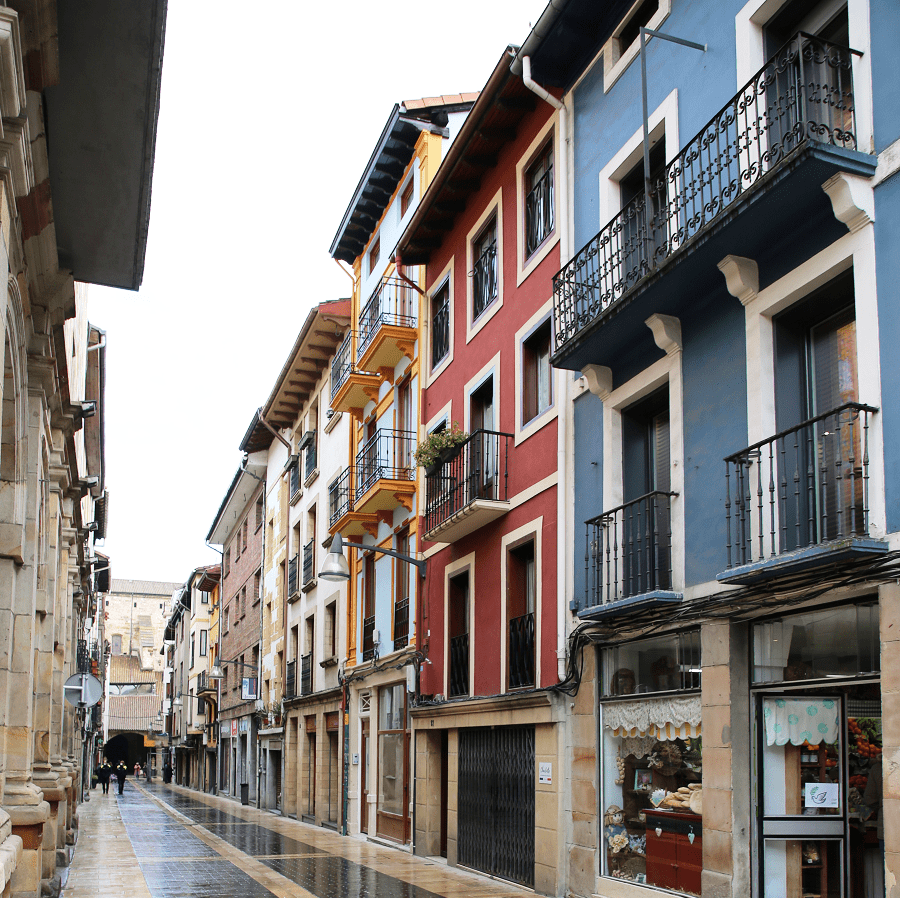 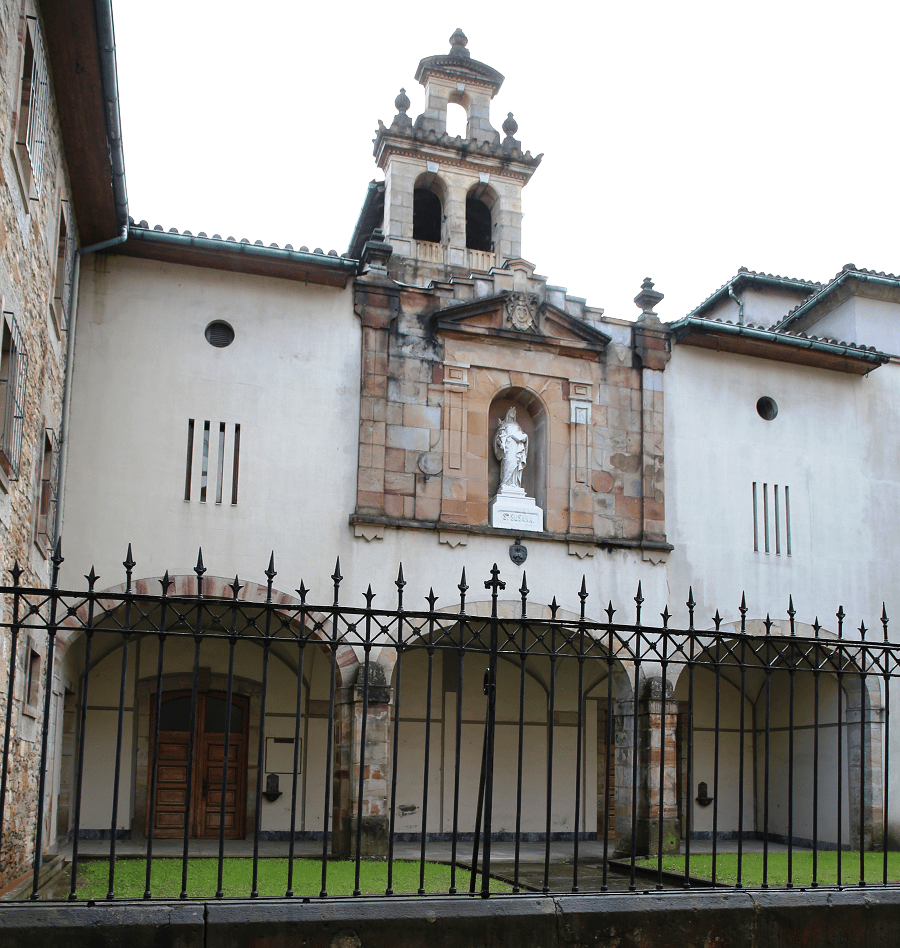 Etxezarreta Palace. Manor house where the Museum of Art and History is located. It is a good example of the austere Biscayan baroque in which all the basic characteristics of the style are present. 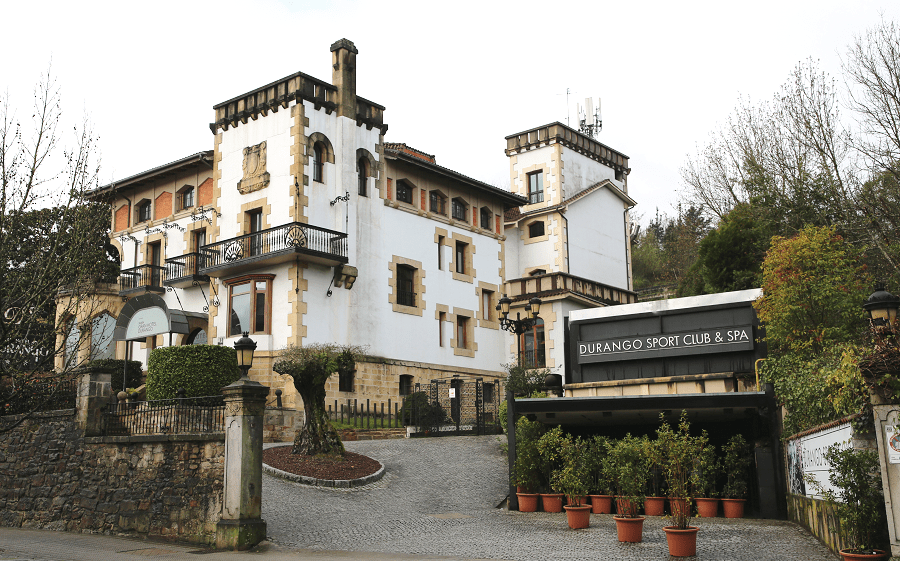 Town Hall. Of classic style and Neapolitan influence, its façades totally painted with fresco stories, made in 1772, stand out. It has a certain Neapolitan air. It was restored in the second half of the 20th century, recovering the paintings that had suffered in the 1937 bombing. 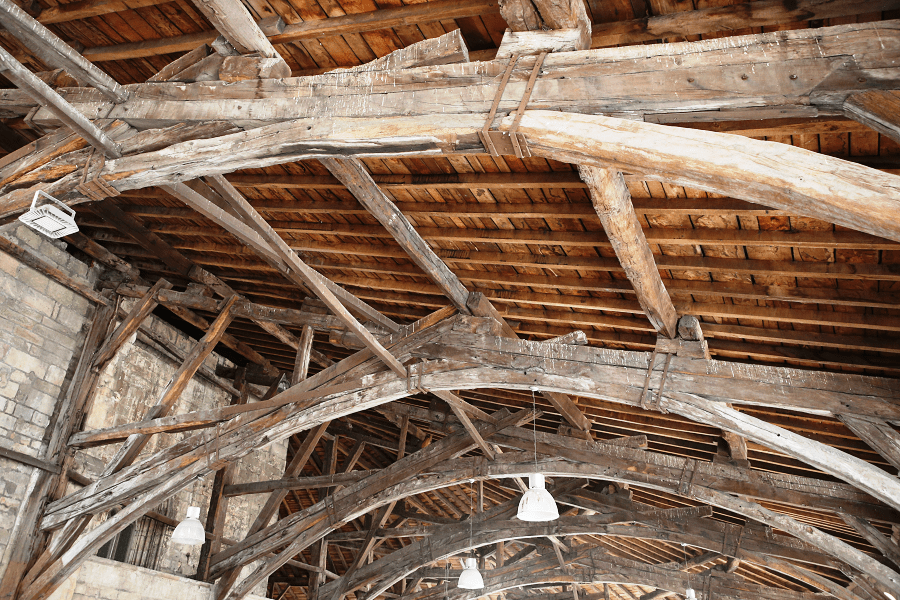 Garai Palace, in an eclectic French style, the former municipal library, as well as the recently refurbished Cuadra Palace, both in the Kurutziaga neighbourhood. 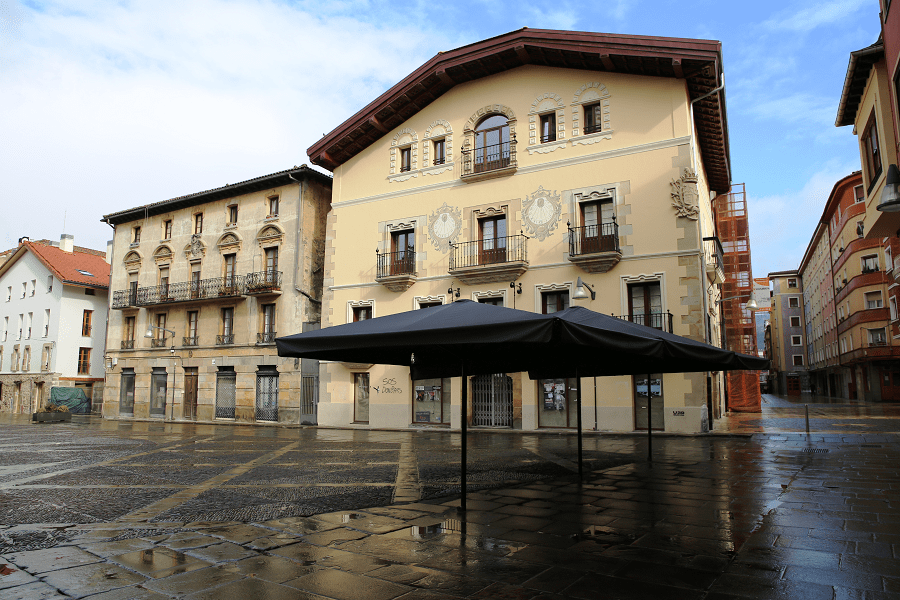 Santa Maria de Uribarri. The Basilica of Santa María was built attached to the Arandoño tower, which was used as a bell tower. It dates from the 14th century and is fundamentally Gothic in style, with Renaissance elements superimposed on it. Its altarpieces and other elements have been restored in recent years. 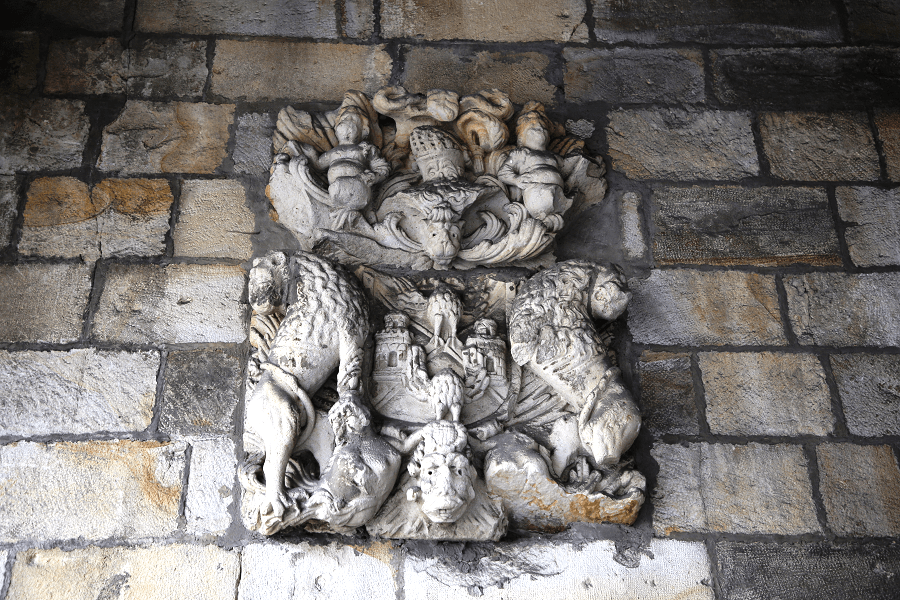 Parish Church of Santa Ana, with a Herrerian floor plan and three naves, was built in the 15th century. It underwent very profound reforms between the years 1720 and following. 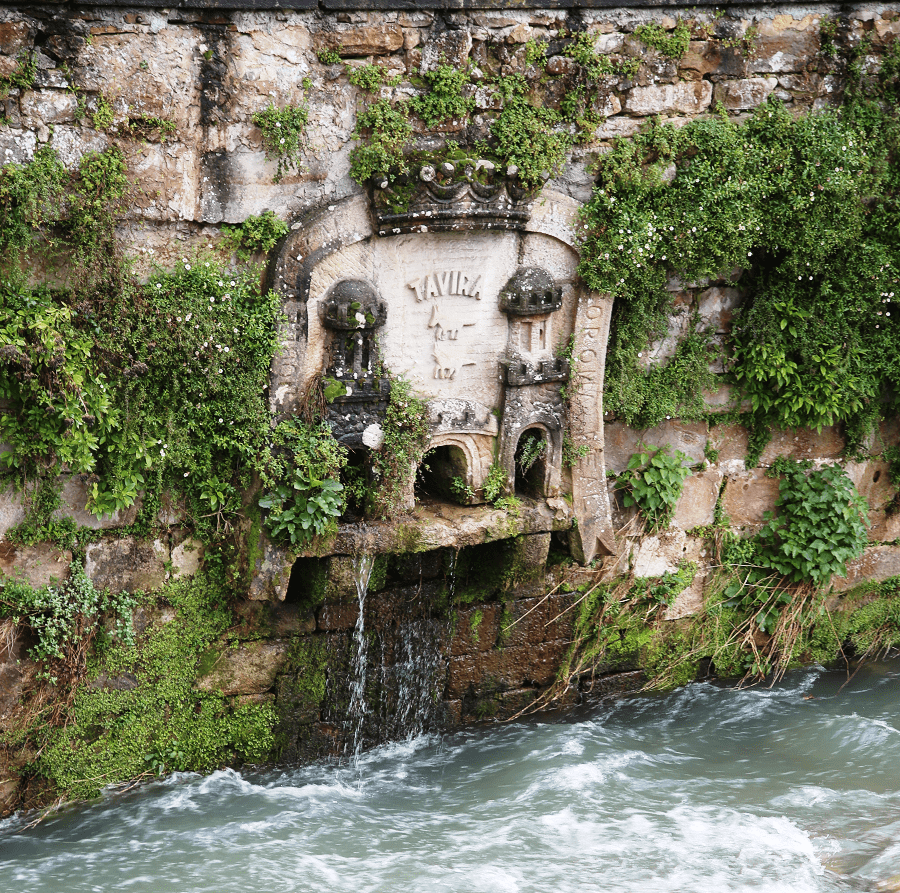 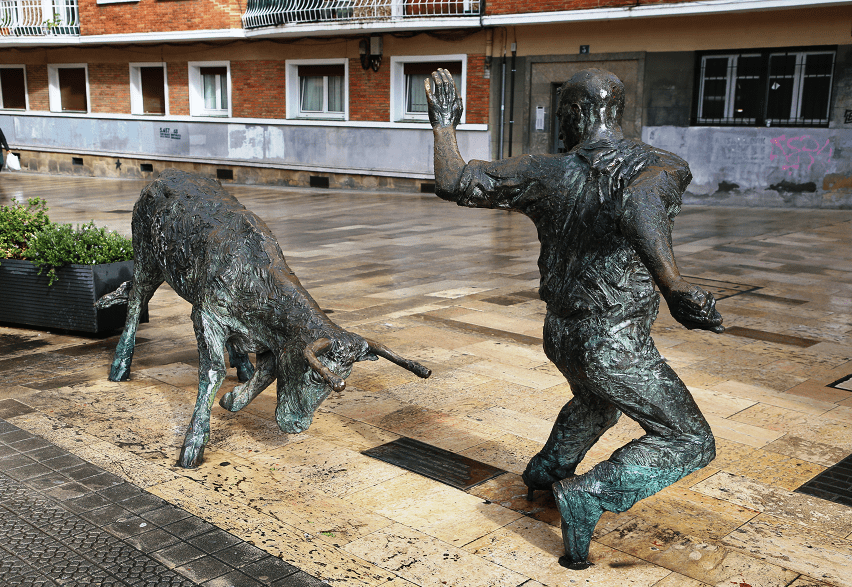 It is rectangular in shape and has Romanesque and Gothic elements. It is a temple much loved by the people of Durango, which was rebuilt in the 16th century. 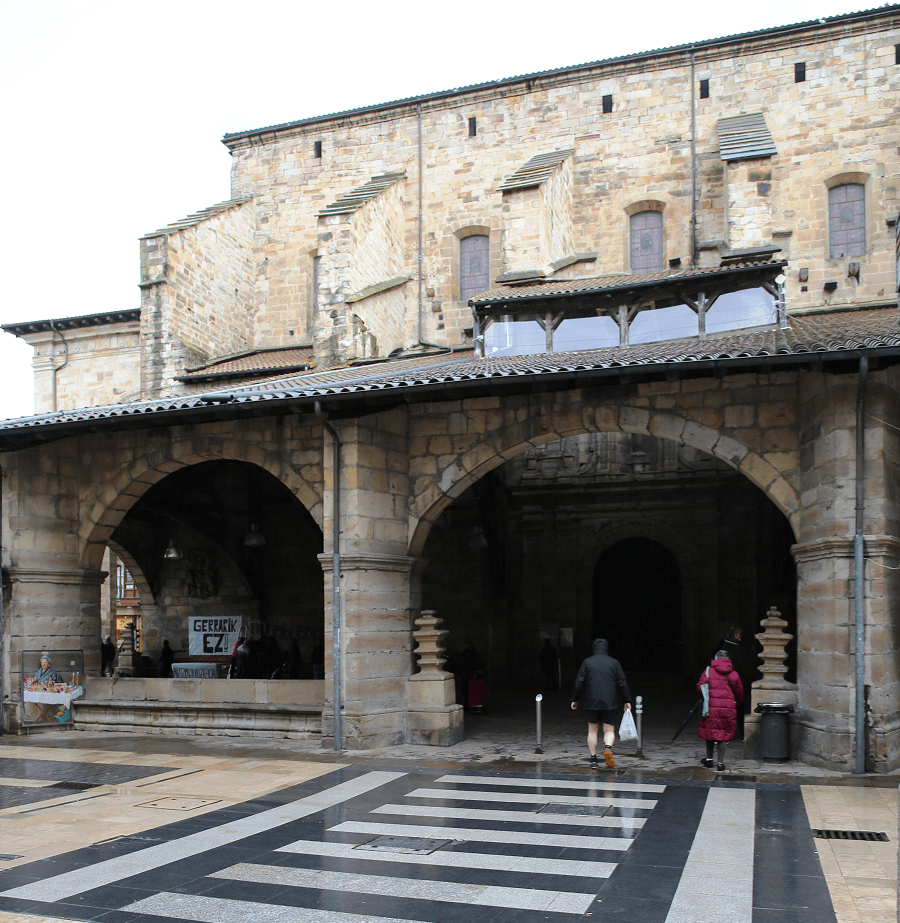 Former convent of San Agustín founded by the Augustinian order, it was located in the outskirts of the town and outside the walls on the other bank of the river. 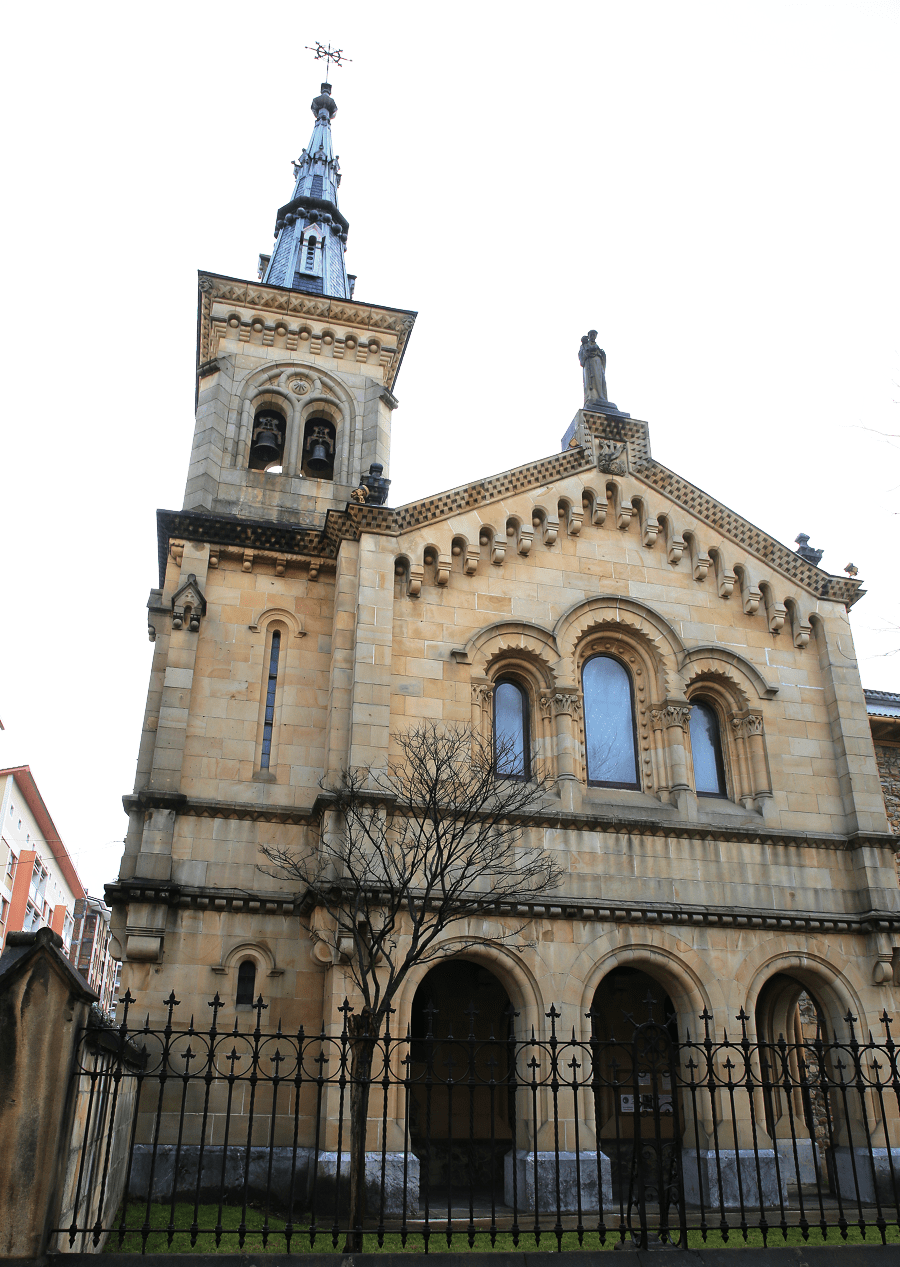 Built in 1662 by the Augustinians, who had been in Durango since 1584, thanks to the legacy of Domingo de Garro, a knight of the Order of Calatrava. 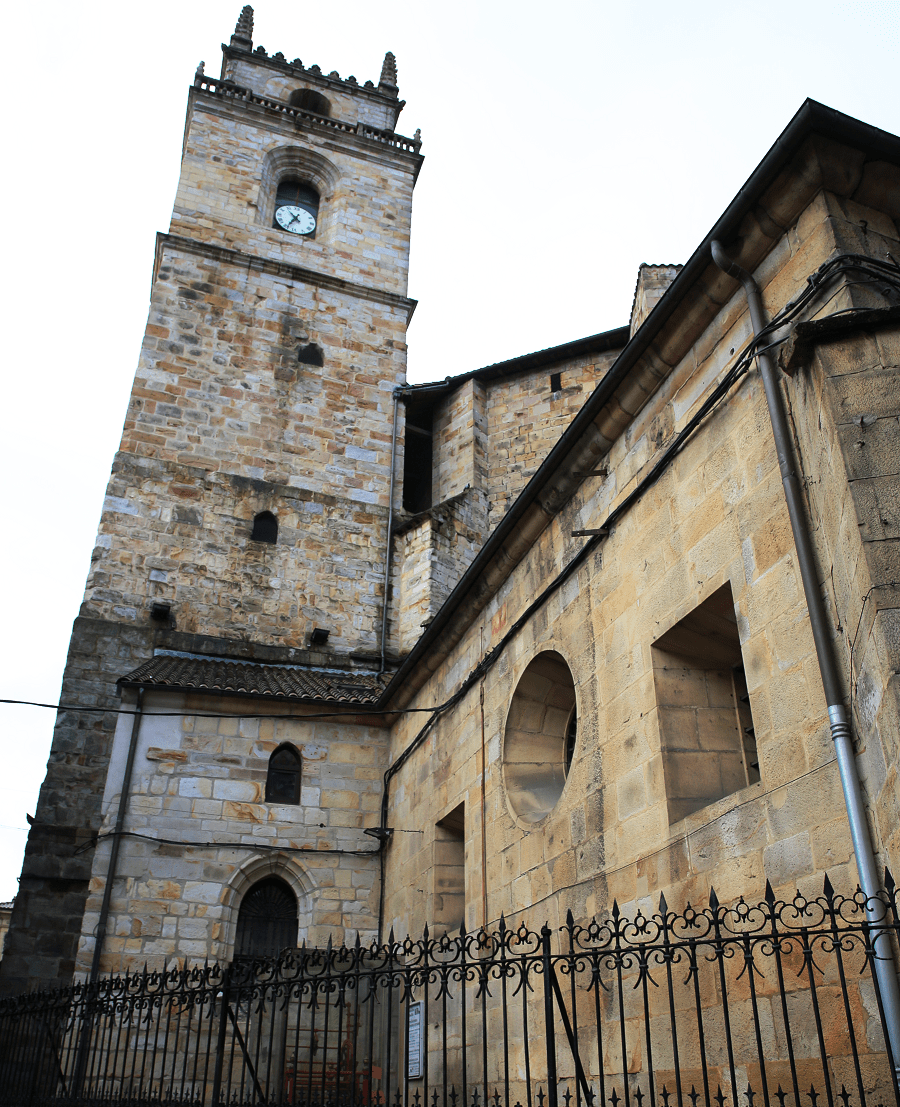 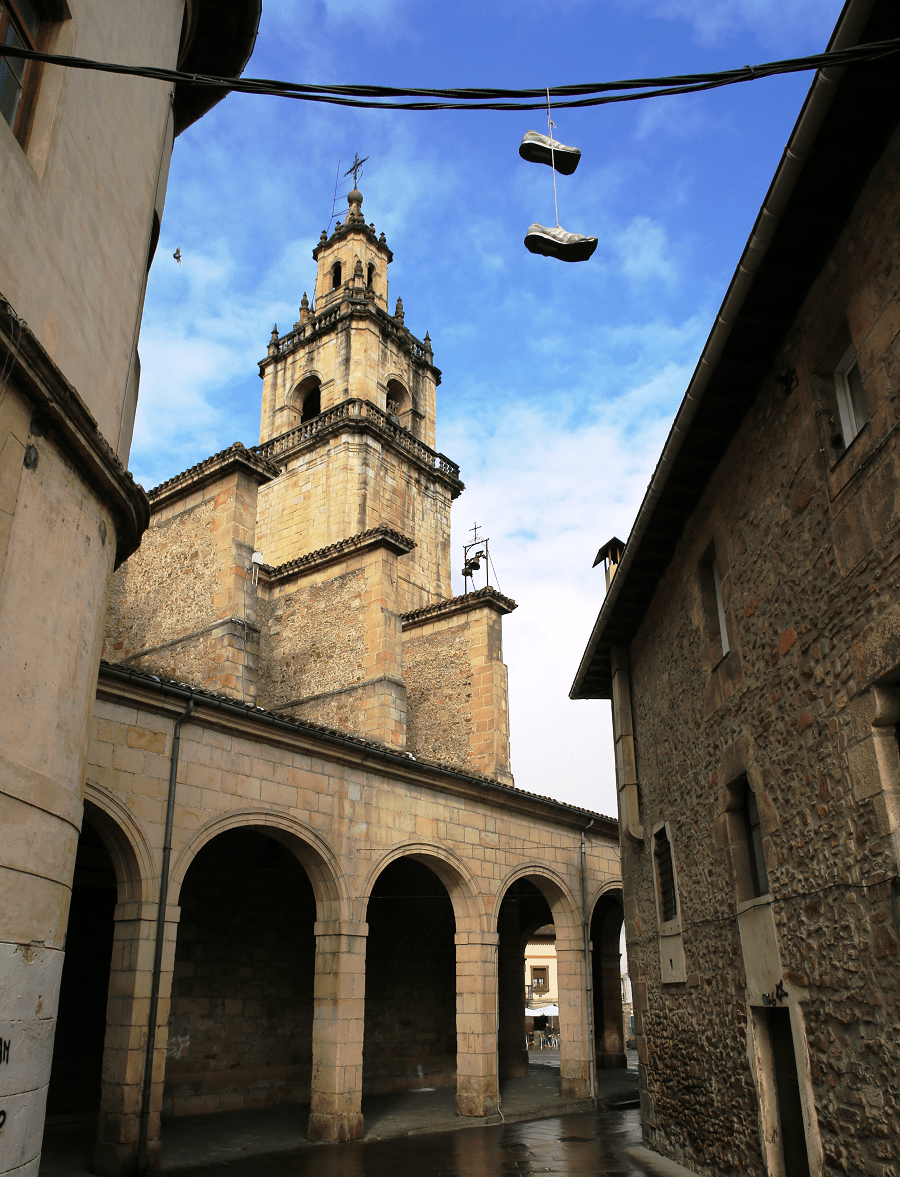 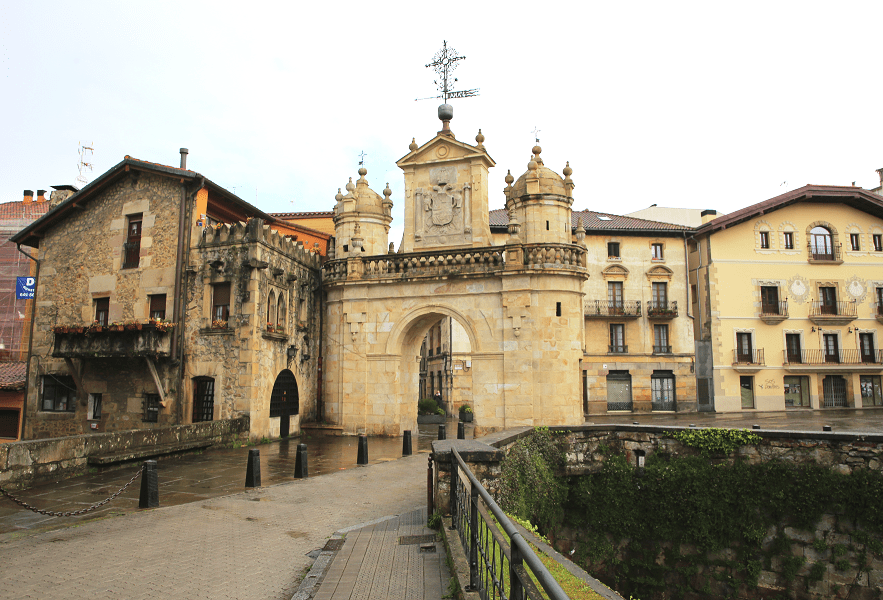 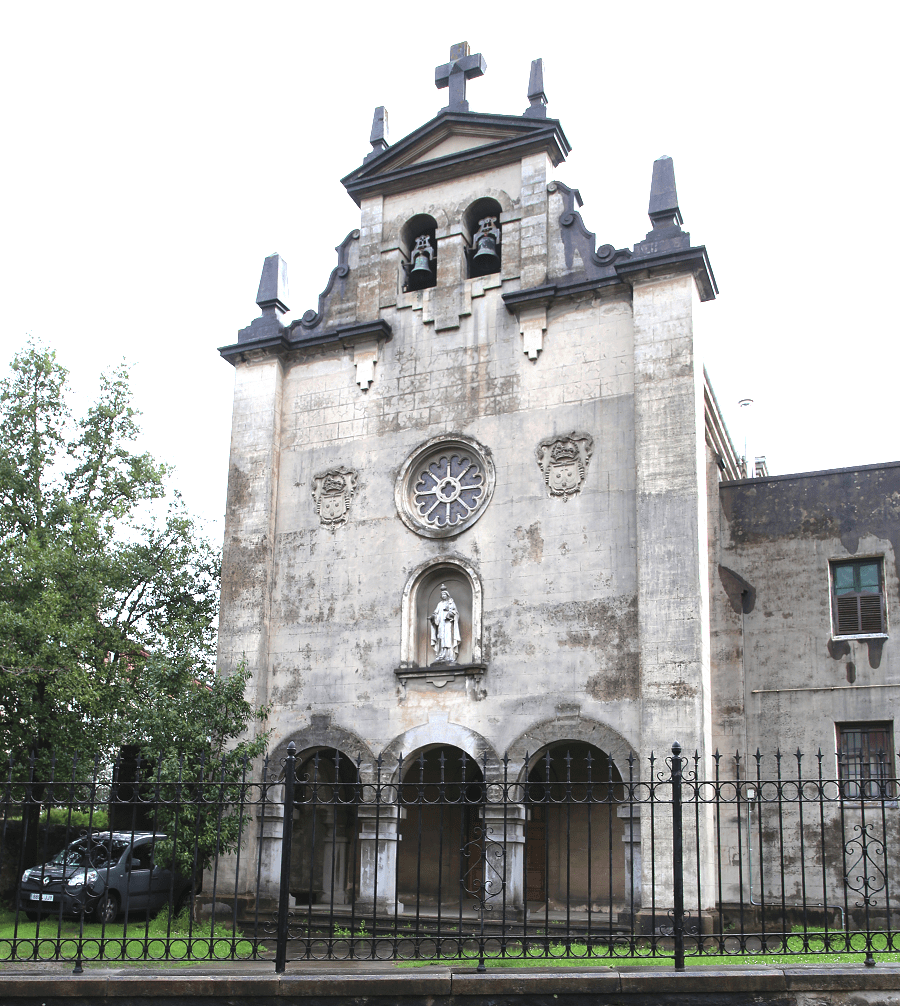