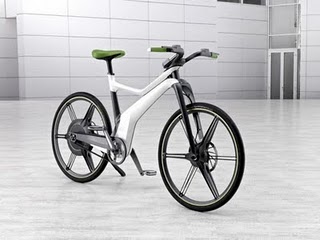 In the end of November there has been 4 months since the launch of pilot project of rental electric drive bikes usage (see the details of the project here). E-bikes project is backed up by Bank Privada Andorra (BPA), Forces Electriques d’Andorra (FEDA) and Pedaland company. As the Head of Pedaland company Alain Bernard stated, “the start of the project was of success, the result of first four months has surpassed all expectations”.

It should be recalled that 16 e-bikes were brought into operation, 4 docking stations were installed on the territory of the Principality. For the period of electric drive bikes exploitation, more than 1900 rides (about 20 rides daily) for the total distance of 3350 km were implemented. More than 70% are the bike tours for no more than 5km distance. The bikes were mostly used by the citizens of Andorra. But among the users of the novelty, there were tourists from Spain, France and Norway. About 50% of e-bike users are people ageing from 18 up to 34; 35%– people ageing from 35 to 49; 17%– people ageing from 50 to 64 and 1%– older than 64. As for gender, the proportion makes up 63% female users vs. 37% male users.

Now, when the popularity of e-bikes both among the citizens of Andorra and foreign tourists is undoubtful, the Government of Andorra mulls over the opportunities of separating a special lane for them at the highways of the Principality (this lane will also be used for ordinary bikes, which is a popular means of transport in summer, autumn and spring seasons).

“Bicycle lanes is an important step for assuring the security of bike riders as well as an additional incentive for the usage of eco-friendly transport”, thinks Alain Bernard.

In accordance to initial idea, in case of successful launch of the project it was preplanned to increase the amount of e-bikes up to 250 items, the amount of docking stations—up to 50, including such strategically important areas as hotels, restaurants and shopping centers. Meanwhile, by now the decision on allocating the funds hasn’t been taken by the major financial sponsor—BPA Bank.

Nevertheless, it is known that within the bounds of Smart Country governmental program FEDA will spend 1.5 mln euro for installing charging units for electric cars and bikes all over the country in 2015.