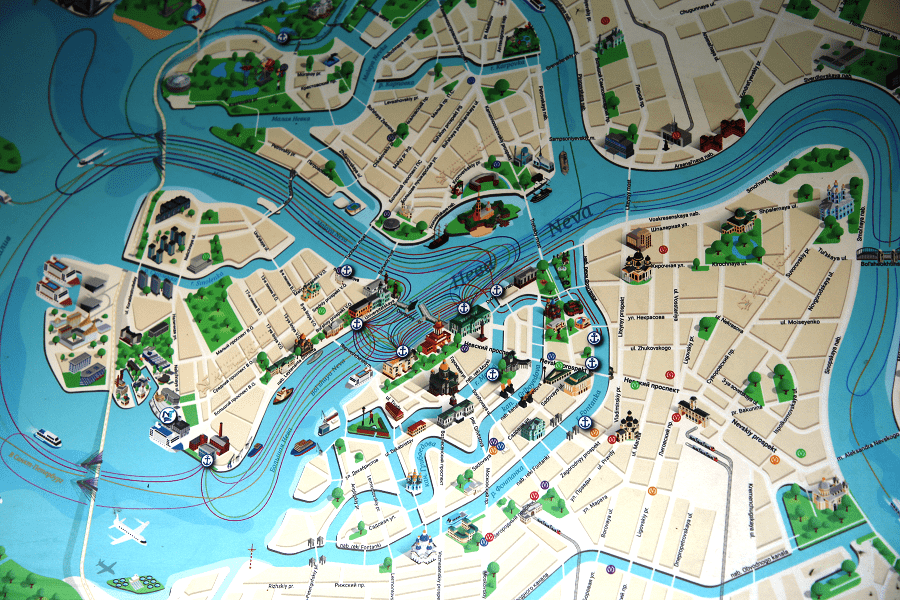 From 1718 to 1917 the territory of St. Petersburg was divided into several police units. The division of the city into districts appeared in 1917 and exists at the present time.

Within the boundaries of the districts there are 111 intracity municipalities: 81 municipal districts (some of them have been given names, some are called by numbers), nine cities (Zelenogorsk, Kolpino, Krasnoe Selo, Kronstadt, Lomonosov, Pavlovsk, Peterhof, Pushkin, Sestroretsk) and 21 settlements.