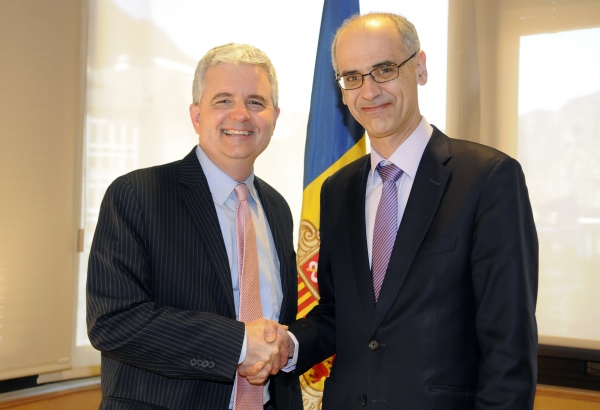 One of the topics that were discussed at this meeting was the crisis caused by the influx of Syrian refugees to Europe. Conrad Tribble invited the representatives of Andorra to take part in the summit within the framework of the General debate of the UN General Assembly in September next year. The representatives of Andorra at these negotiations confirmed the previously made promises to host 20 refugee families.

During the meeting the issues of the negotiations of Andorra with  EU and the Transatlantic trade and investment partnership (TTIP) were discussed.