Cullera and its castle • All PYRENEES · France, Spain, Andorra 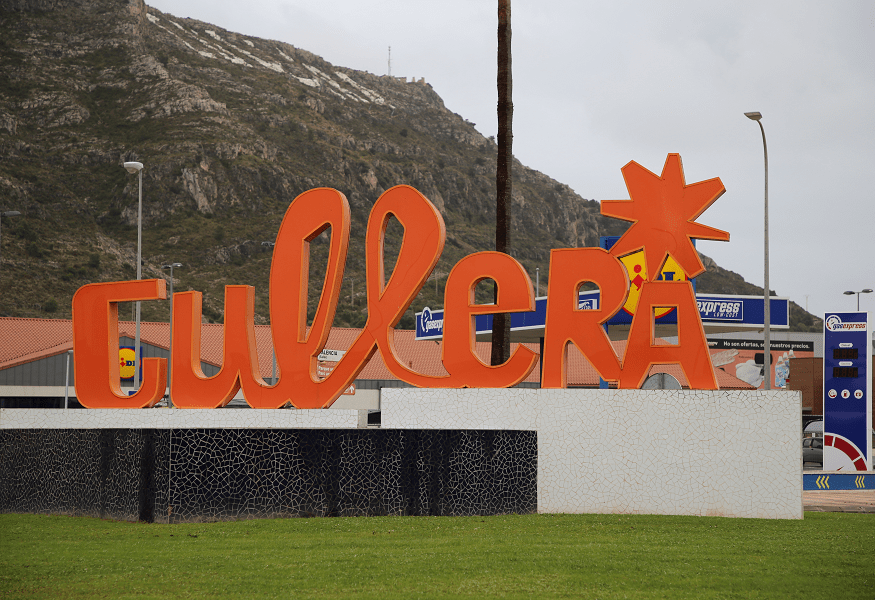 Cullera is a city and municipality of Spain located in the Valencian Community. It is part of the province of Valencia and the Ribera Baixa comarca.

The municipality of Cullera is located on the banks of the Júcar river and next to the Mediterranean Sea; It is located 30 km from the capital Valencia. The Júcar river flows into this town, irrigating the entire municipal area of Cullera, through an irrigation system designed in the Muslim era.

Apart from the river Júcar, there is also the lagoon de l’Estany, located in the southern part of the municipal area. 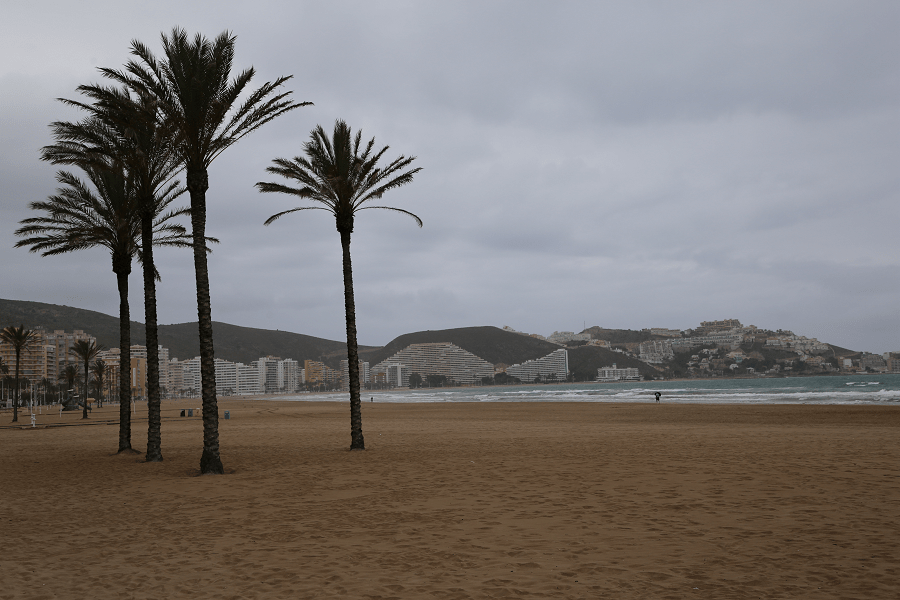 Its economy traditionally based on agriculture (rice and orange) and fishing.

Since the 1960s, the town’s population has experienced a great boom coupled with powerful urban development. Due to the quality of its beaches and its climate, Cullera has become a first-rate tourist sea resort.

The Castle of Cullera is a set of Muslim military architecture that is located in a mountainous area of Cullera.

Since 1997 it houses the Municipal Museum of History and Archeology of Cullera.

The building was built in the 10th century, in the Caliphate era. At the beginning of the 11th century it became part of the defenses of the Valencia Taifa. 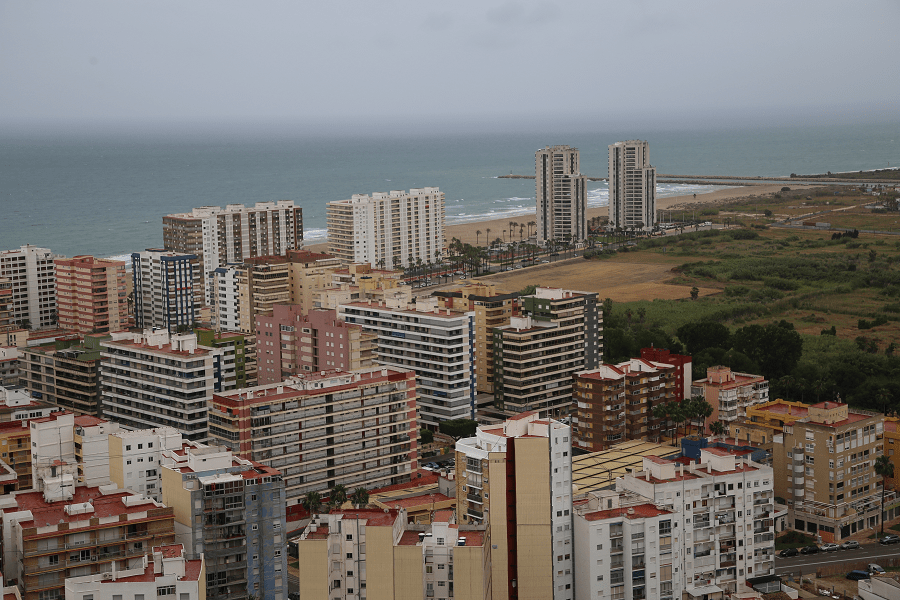 At the time of its completion, around the 14th century, it consisted of a first walled enclosure, the old albacar, within which was the castle, equipped with flanking towers and a main tower 10 meters high.

Sanctuary of the Virgen del Castillo is next to the fortress, a neo-Byzantine style temple, built at the end of the 19th century. 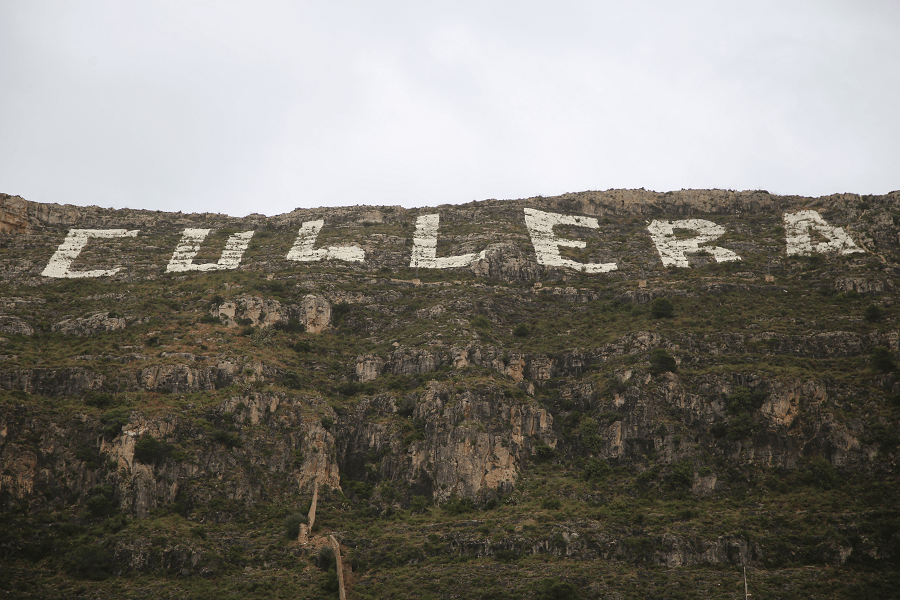 Torre de la Reina Mora or Torre de Santa Ana: (B.I.C. 1949), Muslim tower. Located in the neighborhood on the road to Calvary, the Tower is the fortified gate of the Albacar of the Castle of Cullera. It was built in the 13th century. It is part of the castle fortification complex. In 1631, a hermitage, consecrated to Santa Ana, was installed in the ruin of the tower.

Barrio del Pozo: in the vicinity of the Municipal Market, an old Jewish quarter, a typical neighborhood, from which you can access the Torre de la Reina Mora, the Castle of Cullera and the Sanctuary.

Cullera Market: Valencian modernist style construction dating from 1903, the work of the Valencian architect Luis Ferreres Soler. The market is held every Thursday. 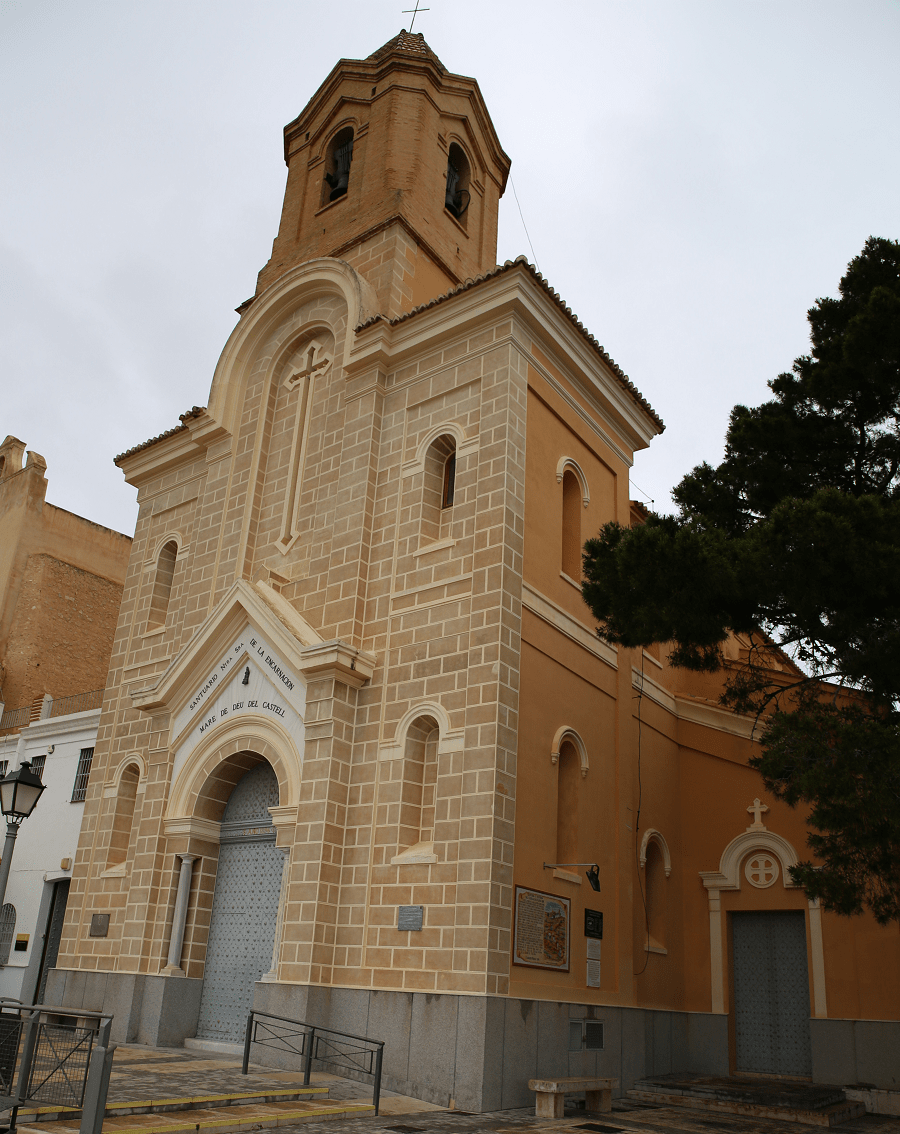 Santos Juanes Parish Church: neoclassical temple from the 17th century built on the place of gold Gothic temple. It has been recently restored.

Torre del Marenyet: old and massive defensive circular tower. It was built in the 16th century, during the mandate of Felipe II, as a lookout point and a defensive measure against pirates.

Torre del Cabo de Cullera: an old tower from the 16th century that was part of the coastal defense system against pirate attacks. Currently, the tower has disappeared and in its place, there is a viewpoint on the coast that recalls its presence. 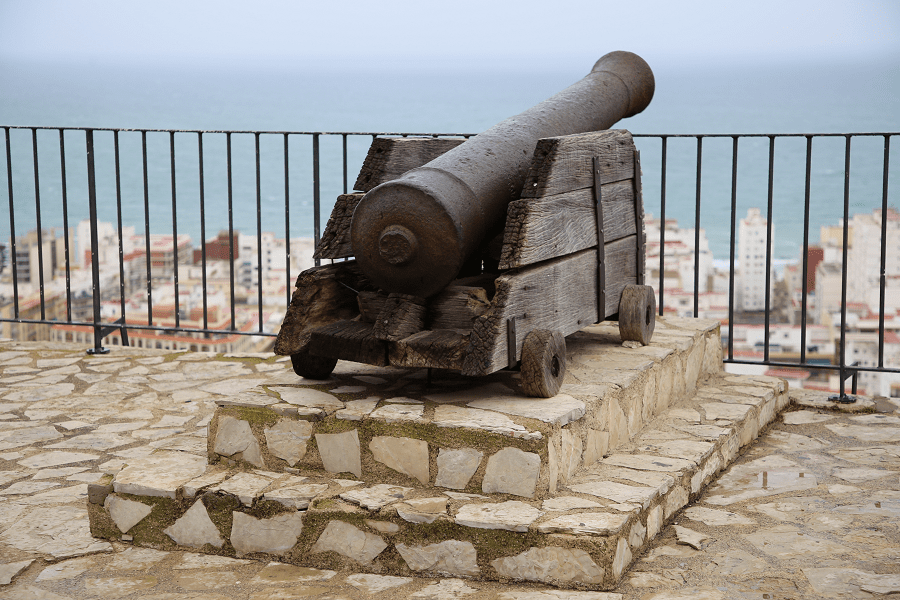 Dragut Cave: this cave recreates the invasions of the Barbary corsairs to the town of Cullera, and it is said that the pirate Dragut landed there.

Town Hall or Ca la Vila: from 1781 and is located in the Plaza de España, in the historic center. Built by Carlos III.

Casa de la Enseñanza: an old pedagogical center dating from 1793, it was built by Carlos IV and was one of the first public schools in Spain.

Museum of History and Archeology (Museu d’Història i Arqueologia): The collection comes from the excavations carried out from 1955 and the museum was officially born in 1988. In the museum you can see pieces and works that go from the Paleolithic period to the Modern Age, with objects from the imperial Roman era being truly outstanding.

Torre del Marenyet: a museum tower that includes a permanent exhibition of its historical function as a watchtower and defense. 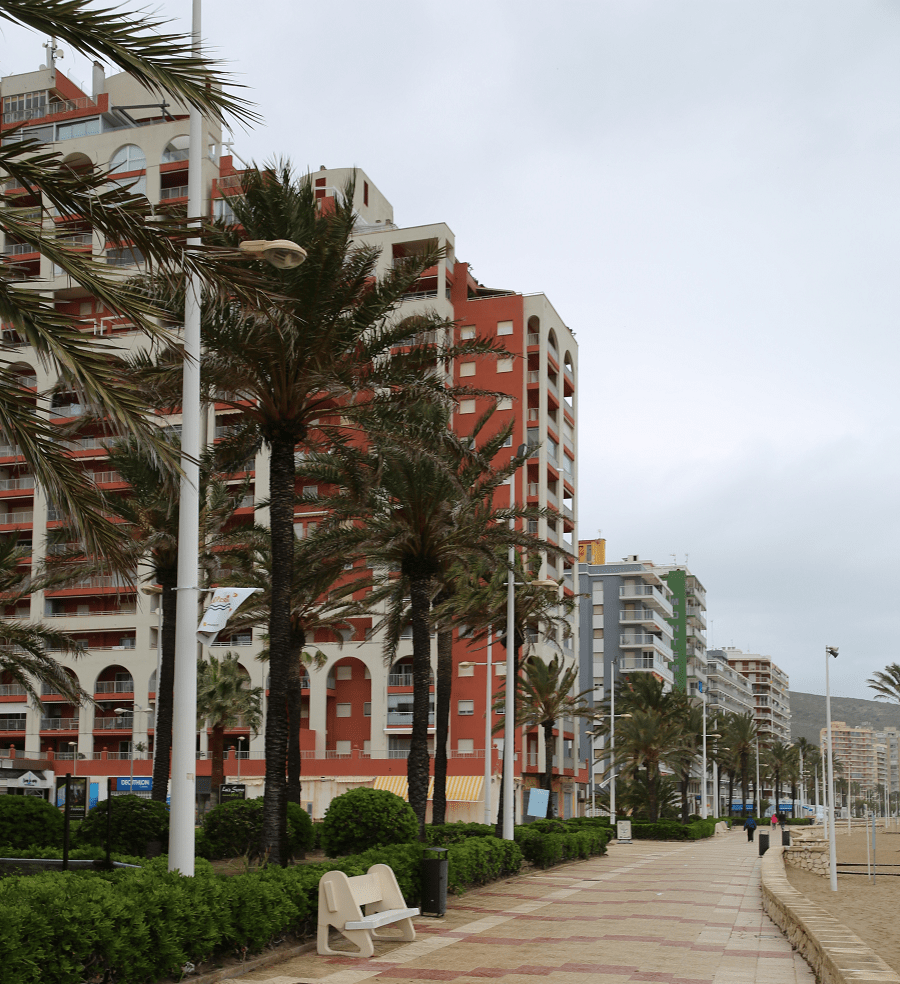 Torre de la Reina Mora: it houses an exhibition on the functions of the Tower, both as a hermitage and as a watchtower.

Cave-Museum of the Dragut Pirate: it houses a thematic exhibition on Mediterranean piracy in the 16th century. The assault of the pirate Dragut is the plot center of a journey that begins with a diorama that illustrates the royal town of Cullera in 1550.

Rice Museum: It is located in the hermitage of Santos de la Piedra, Abdon and Senén, patrons of farmers. The museum is divided into 3 thematic areas that display the ancient tools for growing rice in the area, the work of preparing the land and the time of sowing and harvesting. It also shows the origin of rice cultivation, its preparation in the local gastronomy and the traditional clothing of the farmers. 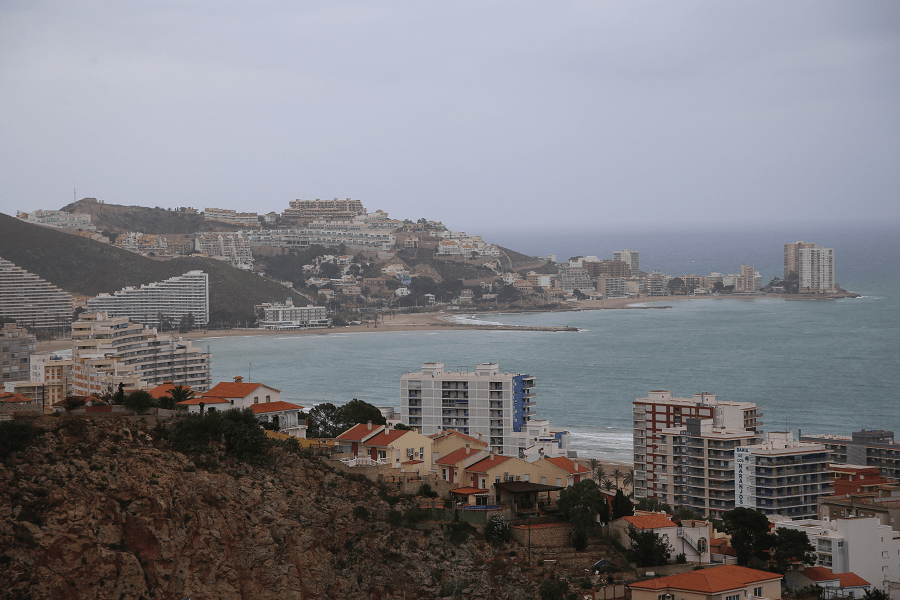 Refuge Museum of the Civil War: it houses a thematic exhibition in which the historical and social context of the time is narrated

The Júcar River: cataloged as a Site of Community Interest (SCI) and is part of the Natura 2000 Network. Path: El Azud Path and Meandro del Río Júcar. 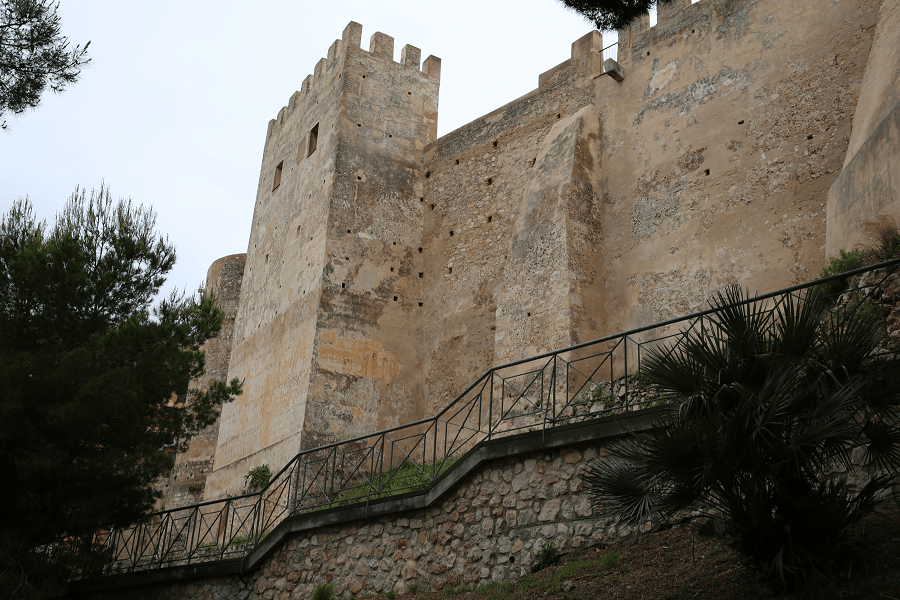 The Laguna del Estany: the Estany or transitional lagoon between the marsh and the coast, is a brackish water lagoon, located south of the mouth of the Júcar River, open to the sea, with great biological diversity of animal and plant species that make it worthy of its inclusion in the autonomous catalog of wetlands.

They are named below from north to south:

All beaches are Certified, that is, internationally awarded for their quality, cleanliness and services. The six beaches with the 2010 Blue Flag are San Antonio, Racó, Cap Blanc, El Faro, Dosel and Los Olivos. 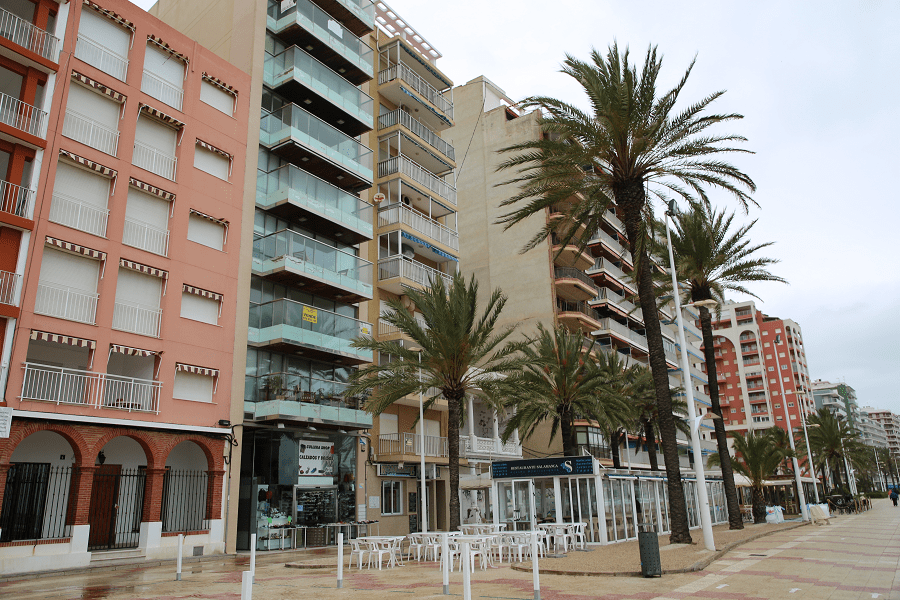 There is one Michelin list restaurant in the city: Eliana Albiach, Peset Alexandre 2, 29 – 42 EUR • Mediterranean Cuisine. 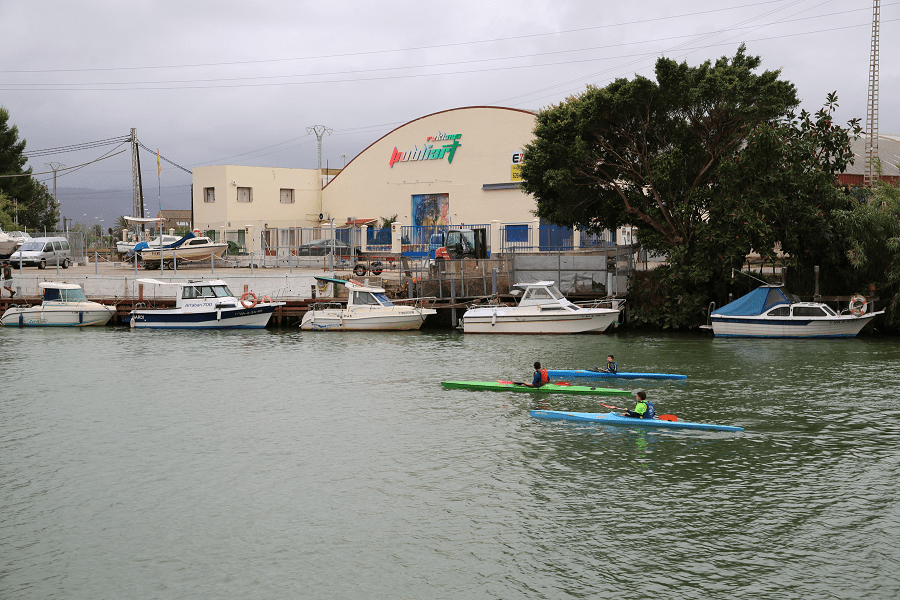 Communications with Cullera by car are through the AP-7 motorway (Favara-59 exit) that connects with Valencia, Alicante, Barcelona.

The National N-332 (where the first section of the future A-38 is located) connects the city with all the towns on the coast, to the south of the Valencian Community.

The Nazaret-Oliva highway (CV 500) connects, on the north side, with Valencia along the coast. Madrid can also be reached by the A-3, connected with the AP-7, in three hours.

There are rail connections between Valencia and Gandía every half hour and every quarter at peak hours. Also connections Cullera – Madrid (Alaris Train, RENFE) and with the AVE-Alvia in summer, within the Madrid-Gandía section.